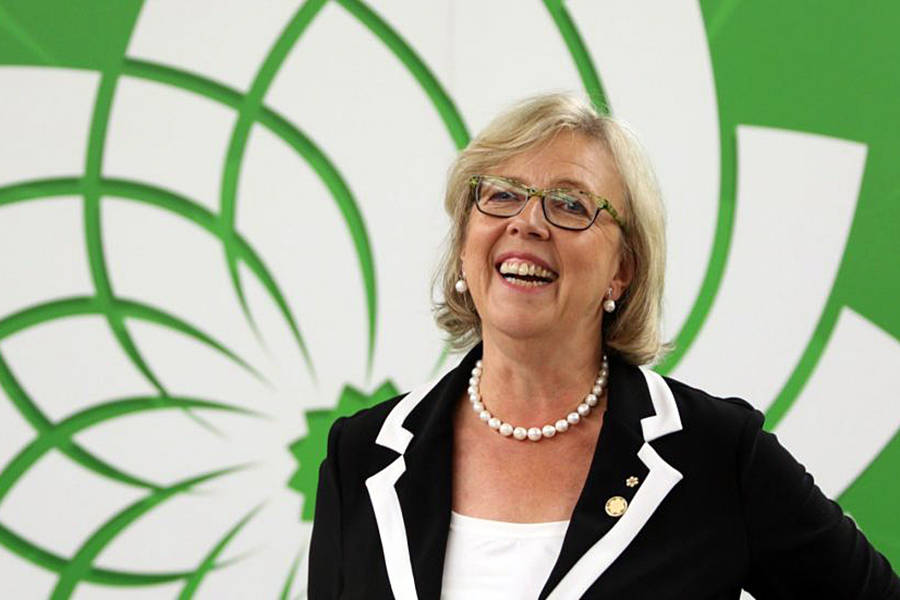 Canada: Green Party is more inclined to creating jobs rather than financing a basic income

Elisabeth May, Canada’s Green Party leader has spoken about a “robot tax” which, according to the party’s Platform, focuses on large companies (exempting slam businesses) laying off employees due to investments in artificial intelligence (AI). In this scheme, these companies would pay the equivalent amount of income tax which would be due from the displaced workers. However, funds collected this way would be used not to finance a universal basic income (UBI) – also called a Guaranteed Livable Income in the Platform document – but to backup educational and retraining programs.

This is line with the Party’s professed uncertainty – as expressed in their Platform 2019 Costing – about how to finance and administer a UBI in Canada, although the Party supports UBI as an idea and has pleaded the Federal Government to restart the Ontario basic income pilot project.

The Green European Journal launched the Green Observatory on Basic Income, asking to experts in a series of interviews about the status of universal basic income (UBI) in the political discourse of their country, and the stance that Green, and other progressive parties, show towards it.

The Journal is “a platform to help debates and ideas to travel across Europe’s cultural and political borders, and of contributing to the construction of a vibrant European public space.”

Being UBI something which always interested green circles and movements, for its potential in enhancing individual freedoms and capacities, the Journal decided to investigate the current status of the debate across the political spectrum in Europe. 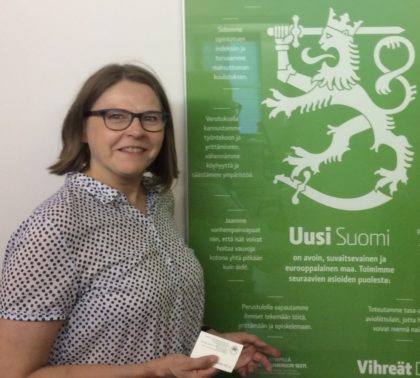 As we’ve recently reported here, Finland’s Ministry of Social Affairs and Health announced their plan for the basic income experiment, and requested citizens’ opinions on it, on the 25th of August. We’ve also reported Finnish experts’ responses here, including a critical remark by Osmo Soininvaara, a former Minister of Social Services from the Finnish Green League and a long-time UBI advocate. This article reports more detail of the Green League’s response (Vihreä liitto, the Green Party of Finland).

On the 29th of August, we at BIEN visited the headquarters of the Green League in Helsinki. Heidi Hautala, a Member of the European Parliament, offered us a brief comment on the government’s experimental plan. Here is the video:

After shooting the video, Hautala also noted the necessity of a European-wide move towards UBI.

Ville Ylikahri, one of the Green League’s experts on UBI, commented in a similar tone: 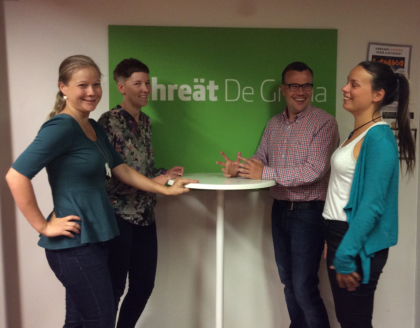 Ville Ylikahri, second from right, at the headquarters of the Green League in Helsinki. Taken by Toru Yamamori

Ylikahri is a member of the Helsinki City Council and Secretary General of the green think tank ViSiO (The Green Cultural and Educational Centre). Ylikahri has published a book on UBI and has been involved in UBI research and the formation of both the party and ViSiO’s detailed UBI plans.

Outi Alanko-Kahiluoto, the Head of the Green Parliamentary Group, gave a statement about the government’s proposal here [in Finnish]. According to Ylikahri, the statement says:

The experiment won’t provide proper information about basic income, and the model without taxation changes is too expensive. The Greens have decided that we will continue to develop our own basic income model. 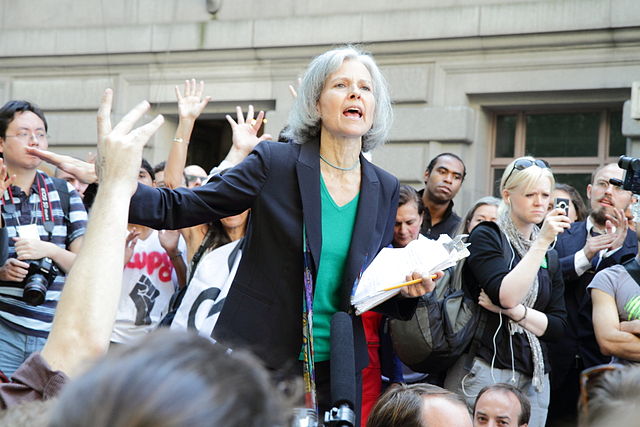 Caroline Lucas, ‘These are the simple reasons why a basic income for all could transform our society for the better’ 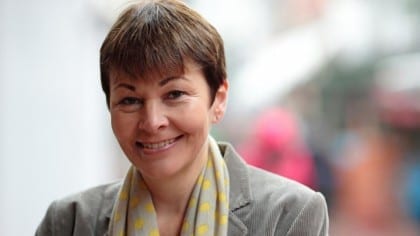 Caroline Lucas, ‘These are the simple reasons why a basic income for all could transform our society for the better‘, The Independent, 16th January 2015.

Caroline Lucas, the only member of parliament from the Green Party of England and Wales, has been considered as being reluctant for a citizen’s income according to a past media report, although it has been on the policy agenda of the party from its beginning.

In this article, however, Lucas makes herself clear by saying ‘a Basic Income is something that I’ve longed campaigned for.’ (cited from the original version of the article. Wording ‘I’ve’ is changed to ‘the Green Party has’ as accessed on 27th January)

She is also convinced that ‘[i]t’s clear why the Basic Income, which has often been dismissed as utopian, is making its way into the mainstream’.