Canada: Green Party is more inclined to creating jobs rather than financing a basic income 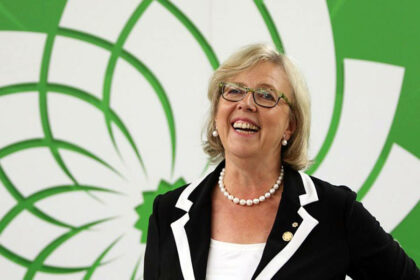 Elisabeth May, Canada’s Green Party leader has spoken about a “robot tax” which, according to the party’s Platform, focuses on large companies (exempting slam businesses) laying off employees due to investments in artificial intelligence (AI). In this scheme, these companies would pay the equivalent amount of income tax which would be due from the displaced workers. However, funds collected this way would be used not to finance a universal basic income (UBI) – also called a Guaranteed Livable Income in the Platform document – but to backup educational and retraining programs.

This is line with the Party’s professed uncertainty – as expressed in their Platform 2019 Costing – about how to finance and administer a UBI in Canada, although the Party supports UBI as an idea and has pleaded the Federal Government to restart the Ontario basic income pilot project.

2 comments Canada, Green Party, Robot tax
The views expressed in this Op-Ed piece are solely those of the author and do not necessarily represent the view of Basic Income News or BIEN. BIEN and Basic Income News do not endorse any particular policy, but Basic Income News welcomes discussion from all points of view in its Op-Ed section.