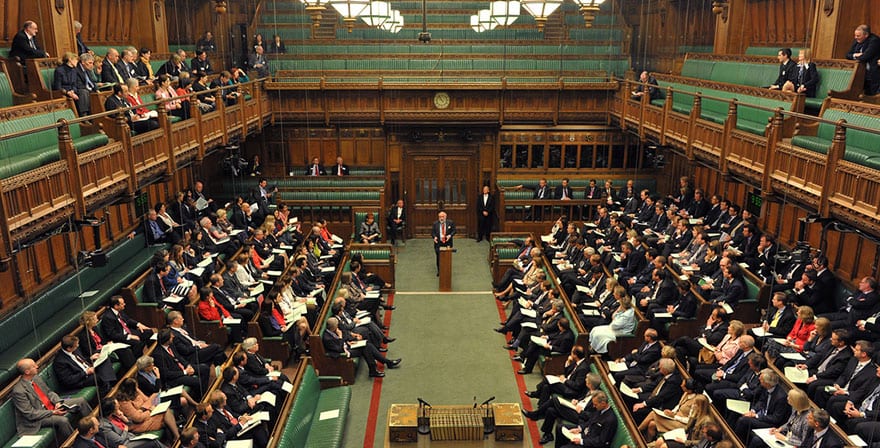 British Member of Parliament Caroline Lucas, the only Green Party representative, tabled a motion which calls on the Government to commission research into basic income models. Now an unprecedented level of support is required to make it successful.

On Wednesday 20, MP Caroline Lucas tabled an Early Day Motion (EDM) “calling on the Government to fund and commission further research into the possibilities offered by the various Basic Income models, their feasibility, their potential to guarantee additional help for those who need it most, and how the complex economic and social challenges of introducing a Basic Income might be met.”

The EDM justifies the need for basic income by castigating the “evident inability of our bureaucratically costly social security system, with its dependence on means-testing and often arbitrary sanctions, to provide an adequate income floor.”

The motion  goes on: “Basic Income, an unconditional, non-withdrawable income paid to everyone, has the potential to offer genuine social security to all while boosting entrepreneurialism and the creation of small businesses.”

This is the first time that such a motion has been submitted to Parliament, and its potential for success in uncertain. Under the UK’s Parliamentary procedure, MPs can submit so-called Early Day Motions to provoke a debate in the House of Commons, but they need significant support from other MPs to win a full debate.

In practice, very few motions actually get debated in Parliament even if they do attract wide support, although they may contribute to triggering public interest and debate in the media. And even if an EDM does get a debate, legislation does not automatically follow. It can be, however, a very good way to test support for potential legislation.

The Green Party of England and Wales adopted basic income as a party policy last year, ahead of the last general election in May 2015. However Caroline Lucas herself, the only Green Party MP, was not very enthusiastic about the idea at the time, referring to it as “a longer term aspiration” rather than a strong electoral commitment.

The sight of how her constituents in Brighton are suffering due to increasing cuts in welfare benefits, and the arbitrary way sanctions are applied, seemed to have convinced her to fully back the policy.

“I’m not for a second pretending that shifting to basic income would be simple. But with a rapidly changing economy the Government should be urgently exploring ways to offer people the security they need. I hope that MPs from across the House of Commons will join me in calling for more research into this bold new policy,” Lucas said to the Independent.

An interesting challenge for the movement

Indeed Caroline Lucas’ motion will need unprecedented support in the political establishment to get a Parliamentary debate. As the UK Parliament website explains, “In an average session only six or seven EDMs reach over two hundred signatures. Around seventy or eighty get over one hundred signatures. The majority will attract only one or two signatures.” And even if there is wide support for the motion, a chamber debate is not guaranteed.

So far the motion has already been supported by 8 other MPs, 7 Scottish National Party members and one Labour MP.

Following international developments in Finland, Netherlands and Switzerland, the idea was recently endorsed by two prominent British think tanks, the Royal Society of Arts and Nesta. This triggered an unprecedented wave of media attention and the idea has started to gain credibility in British public opinion. This EDM is a great opportunity to gather wider support.

UK Parliamentary picture is reproduced with the permission of Parliament.