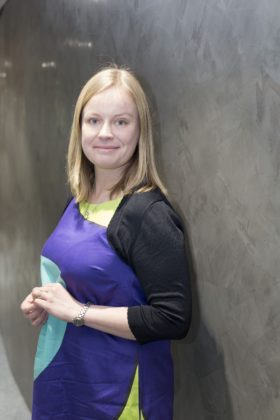 Liisa Siika-aho (provided by herself)

As we’ve already reported here, Finland’s Ministry of Social Affairs and Health has announced their most recent move in a plan to launch a basic income experiment. On 25th August the Ministry canvassed for the Finnish public’s opinion on a bill regarding a basic income experiment. Here is a follow up with the Ministry’s comments and experts’ responses.

Q: What is the basic income experiment and what is its aim?

A: The basic income experiment is included in Prime Minister Juha Sipilä’s Government Programme. The experiment is one of the activities aiming to reform social security so that it better encourages participation and employment.

Q: Why is the basic income experiment carried out?

A: The objective of the legislative proposal is to carry out a basic income experiment in order to assess whether basic income can be used to reform social security, specifically to reduce incentive traps relating to working.

Q: How are the participants selected?

A: Persons receiving Kela’s unemployment-related benefits, under certain limitations, would be included in the experiment. From the target group, a test group of 2 000 persons would be selected by means of random sampling.

Q: Is it mandatory to participate in the experiment?

A: Participation in the experiment would be mandatory for those selected.

Q: When will the experiment start?

A: It is suggested in the legislative proposal that a basic income experiment will be carried out in 2017–2018.

Q: What would be the level of basic income in the experiment?

Q: How is the experiment financed?

A: A total of EUR 20 million has been reserved in the budget for the basic income experiment.

In addition to this, the benefits that Kela is paying at the moment would be used as an addition for those persons who are receiving basic security benefits at the beginning of the experiment.

Q: Who is responsible for carrying out the experiment?

A: The Social Insurance Institution of Finland (Kela) would be responsible for carrying out the experiment.

Finland has a long history of advocating UBI (for a brief summery, see here). Here are those advocates’ Comments. 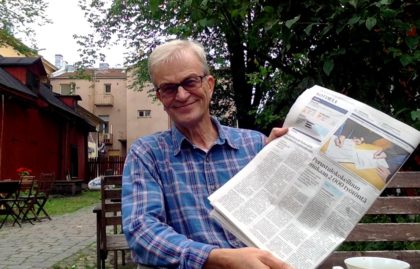 Jan Otto Andersson, Emeritus associate professor at Åbo Akademi, has been advocating UBI since around 1980 and is a founding member of the BIEN (European Network at that time). On 26th August, he had this to say:

It is not a test for what  a basic income for all in the society would mean, but for just to see how it affects those who have been unemployed. …. So it is limited but interesting. It will improve the discussion which has been here for a long time….It [my feeling on the experiment] is positive because this makes the idea more well known.

Osmo Soininvaara, a former minister of Social Services with the Finish Green League and another long term advocate of UBI in Finland, posted a harsh criticism on his blog on 26th August, where he calls the experiment as ‘such a stupid model’. His reasons were as follows:

In this experiment taxation is left untouched. If you get into a 4000 euro per month job, you will earn 560 euros more than the person doing the exact same job next to you. We cannot afford to increase the income level of every job earner by 560 euros per month.

In this regard, the model is guilty of the accusations levelled against BI by those people who do not understand who basic income is supposed to work.

Otto Lehto, the former president of the BIEN Finland, gave us his comments, which seems to have a more nuanced tone:

Feelings, as an individual and academic, formerly of BIEN Finland, can be summed up as follows: The research parameters are about exactly the sort of compromise that one would expect to emerge as a result of the recommendations of an expert coalition commissioned by a wide-ranging coalition government spurred to action by a vague and compelling sense that something needs to be done, but equally held back by the realization that many toes will inevitably be stepped on, and many special interests will need to be reconciled, before anything can be done. Change breeds fear, and fear breeds paralysis. To allay skepticism, the parameters are designed to be the least offensive to, and the smallest possible departure from, the established norms and expectations of the Finnish workfare/welfare-state. In particular, excluding young people and students is, in my opinion, a moralistic choice of little merit and little justification, but it makes sense as a compromise within the status quo, and as a precaution against the critics of “free money to lazy students.”

The budgetary constraints and time constraints are beyond Kela’s control, so the main fault lies within the government. They also set the original goals and parameters within which the labour market participation focus has been raised as the main criteria, with the predictable result that human right, liberty. equality and other considerations of social justice bent have been largely set aside, to the chagrin of many (myself included). This. however, is the state of things, and can only be changed in the next general election of 2019.

2000 participants is a small sample, but if the budget does not change, this cannot be helped. Limiting the sample to people on the government unemployment benefits makes nominal sense as a result of the government’s single minded focus. But it skews the experiment by excluding a number of potential beneficiary groups, including people on low-paying jobs, students, the self-employed, etc. This does not even make sense from the government’s own (limited) perspective, since labour market participation is a more complex notion than the old-fashioned distinction, reflected in the official unemployment statistics, between people who are “in” and “out of” work.

The taxation aspect is another potential disaster. If taxation cannot be changed to reflect the new benefit structure, this will inevitably make SOME recipients of basic income better off than their peers, while some of them will be worse off than their peers. Such a model, with its creation of a massive budget-deficit, cannot be generalized for the whole national economy, as Osmo Soininvaara, the father of the Greens’ basic income model, has written in his recent blog, very critical of the government’s/Kela’s proposal.

I am very skeptical this experiment will produce any really interesting scientific results, but it serves the function of satisfying the nominal requirements of the government’s plan, and the pressures from the various interest groups. It does not appear too radical, too left-wing, nor too right-wing. It might serve a useful purpose in propelling the basic income discussion forward. At the same time, many instances will probably try and use to it squelch any further discussion, too.

Beyond my own views, I will now say something about how this proposal has been received more generally. The overwhelming consensus among my own group of friends, representing multiple parties, left-wing and right-wing, those opposed to basic income as well as those in favour, is that the experiment seems disappointing in many respects, and perhaps even doomed to fail. (Some will conspiratorially add: consciously?) Many people, including opponents and skeptics, would like a more thorough, larger-scale and better designed experiment. The lukewarm success, bordering on failure, of the experiment, before it has even gotten off the ground, is a good indication of the difficulty of institutional change in our country. Good ideas become OK ideas, bad ideas become OK ideas, until we are left with nothing but OK ideas. So, yes, this experiment seems… OK.