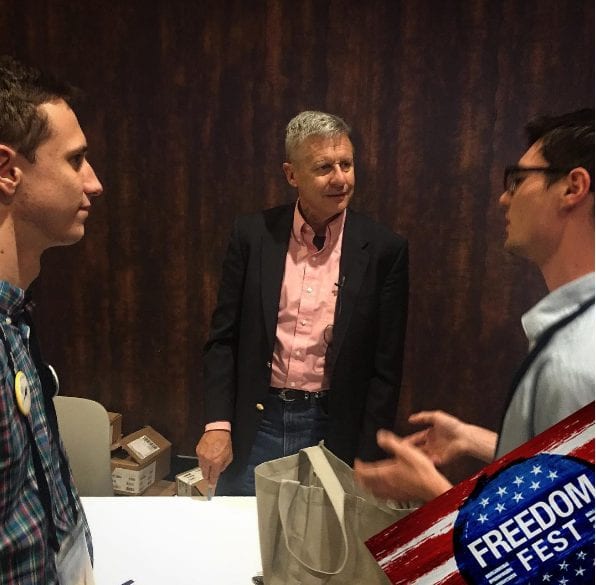 With the US libertarian presidential candidate pushing double-digits in the polls for the first time in history, many are starting to take former New Mexico governor Gary Johnson’s policy ideas seriously. While signing books at the libertarian Freedom Fest conference, Johnson said he was “open” to the idea of a Universal Basic Income (UBI).

Like many libertarians, Johnson said he liked the idea of the UBI because of its potential to save money in bureaucratic costs, freeing up more money to give people directly. During the exchange, we discussed how directly giving a basic income would increase the value of each dollar spent for the recipient, as opposed to in-kind services, such as food stamps, which restrict purchases.

At the same time, I asked Johnson about his position on the carbon tax and using these funds to fund the basic income. He once again said he was “open” to the idea.

“There are a lot of smart libertarians that support the carbon tax, so I don’t discount the idea,” Johnson said.

Johnson was attending Freedom Fest in Las Vegas to discuss term limits and answer questions about his candidacy with his running mate, former Massachusetts governor William Weld. He is currently polling around 13 percent against Donald Trump, Jill Stein, and Hillary Clinton.