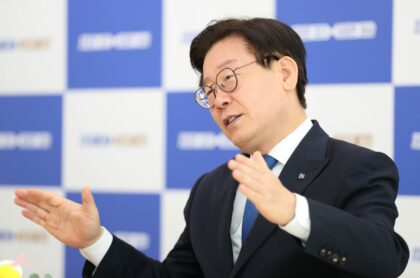 Governor Jae-myung Lee introduced the “Seongnam Youth Dividend” in 2016 during his term as the mayor of Seongnam city. It was a partial basic income for youth. 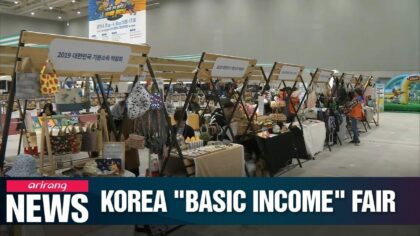 Last Monday, on the 29th of April, a special event was held in Suwon, a city in the province of Gyeonggi-do, just south of Seoul, South Korea. This event was conceived as a fair, the first of its kind, and was focused on basic income, having attracted more than 18 thousand people. Announced in a previous report, the two-day event 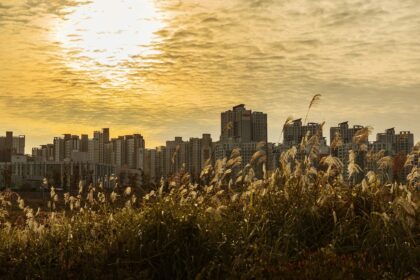 Korea’s provincial program will unconditionally give US$900 in local currency per year to 24-year-old residents of Gyeonggi province. 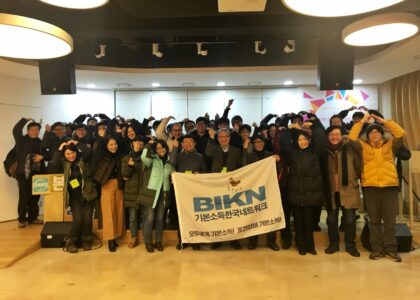 The 6th General Assembly (GA) of Basic Income Korea Network was held in Seoul. The GA is held every January, in which we examine the activities of last year and decide what activities we should carry out in the following year. 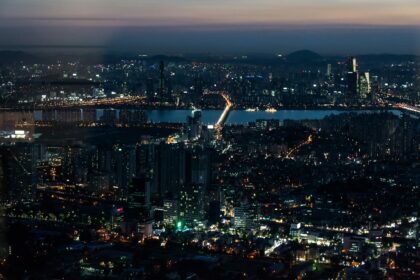 Daejeon, South Korea. Started in October 2016 a group of young people from Daejeon in South Korea initiated the ‘Tio Su-Ki project’, which was presented by the Basic Income Korea Network (BIKN) at this year’s Universal Basic Income (UBI) summit in Lisbon. The pilot was realized through donations by over 200 participants, out of which 3 winners were selected 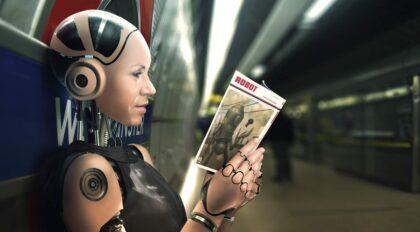 Futurism reported on automation, robots, and universal basic income through the provision of a chart-article. Some of the information summarized by the chart includes that fact that as there are 4.73 robots working per 100 human workers in South Korea. The global average is 0.66 per 100 workers. That ratio is reported to be rising rapidly throughout the world. Also, 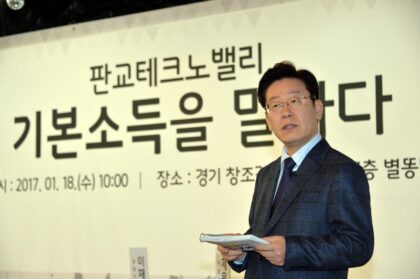 Mayor Lee Jae-myung. Credit to: Pangyo Techno Valley.   On December 9, 2016, the National Assembly of the Republic of Korea voted to impeach Park Geun-hye  over a corruption scandal with her lifelong friend Choi Soon-sil. Due to the impeachment, the next presidential election in Korea is expected to take place early, in April or May 2017 instead of December, 2017. 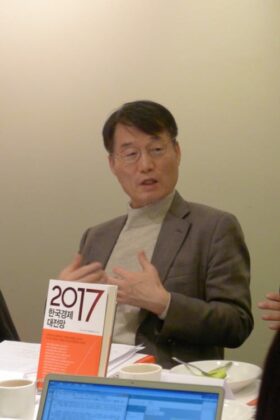 (Image Credit: The Hankyoreh Media Company) According to business writer Kwack Jung-soo, South Korea will need to make fundamental changes to its operations due to the nation’s prolonged low growth and lack of new growth engines. In a new book entitled 2017 Grand Forecast for the South Korean Economy, 43 economics experts provide analyses and possible solutions to the economic crisis in 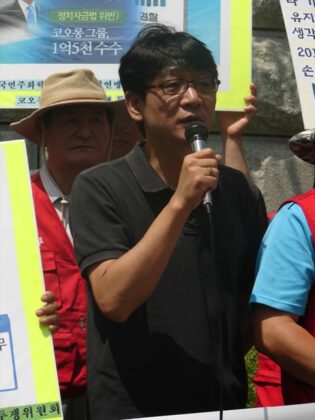 Hyosang Ahn (Permanent Director of BIKN) “Emancipation and Basic Income” The first time I encountered the idea of basic income was the summer of 2007. I was at the time the vice president of a small party on the left, rather imaginatively named the Socialist Party, and was preparing for the coming presidential election in December. A close leftist intellectual