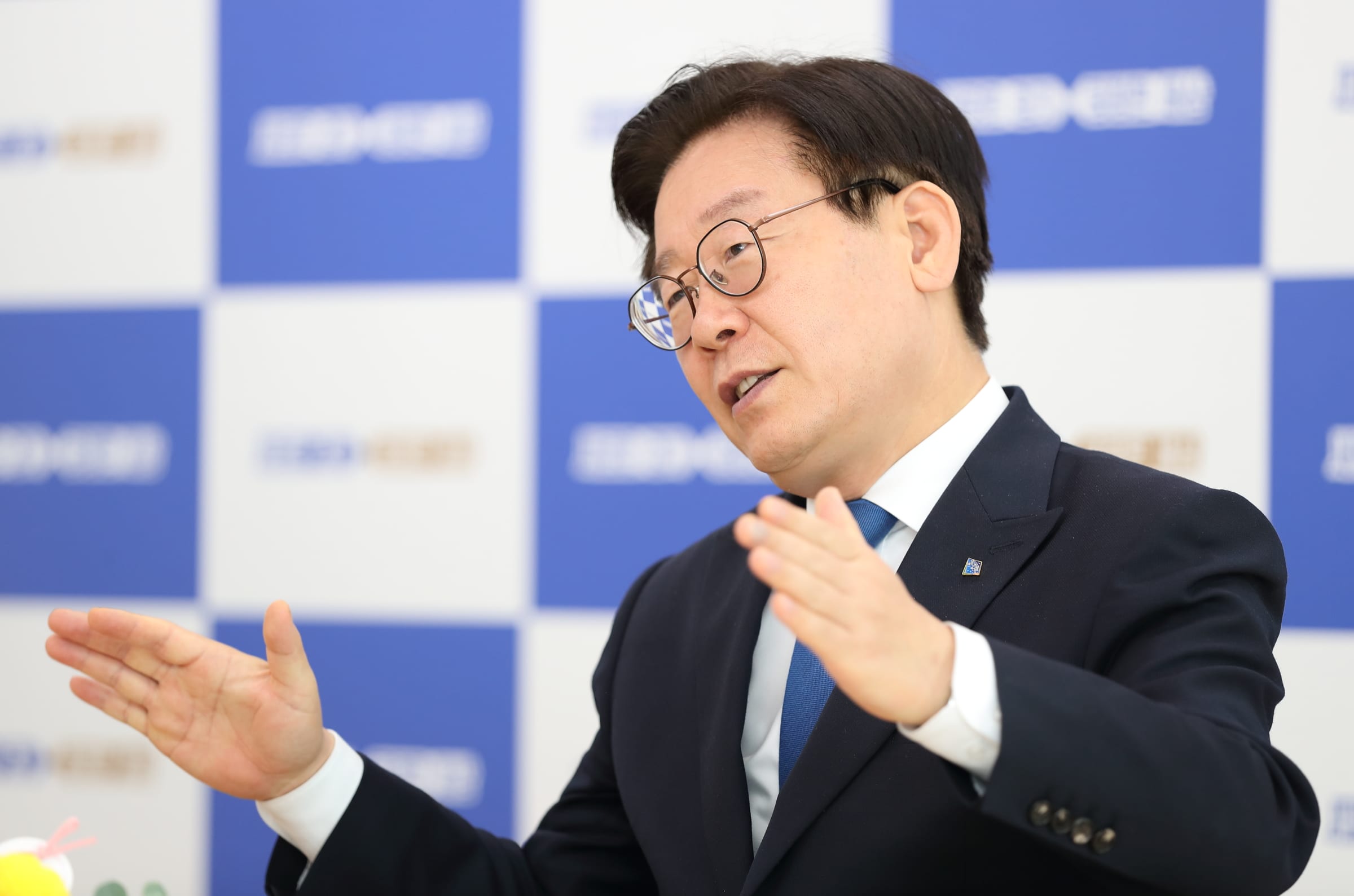 The Dream of a Just Society Found in Basic Income

Author of Basic Income Can Change Our World (2017, in Korean)

“The combination of basic income, local currency, and national land holding tax will make the majority of the people happy.”

“It pains me to see people having no land misunderstand the national land holding tax.” 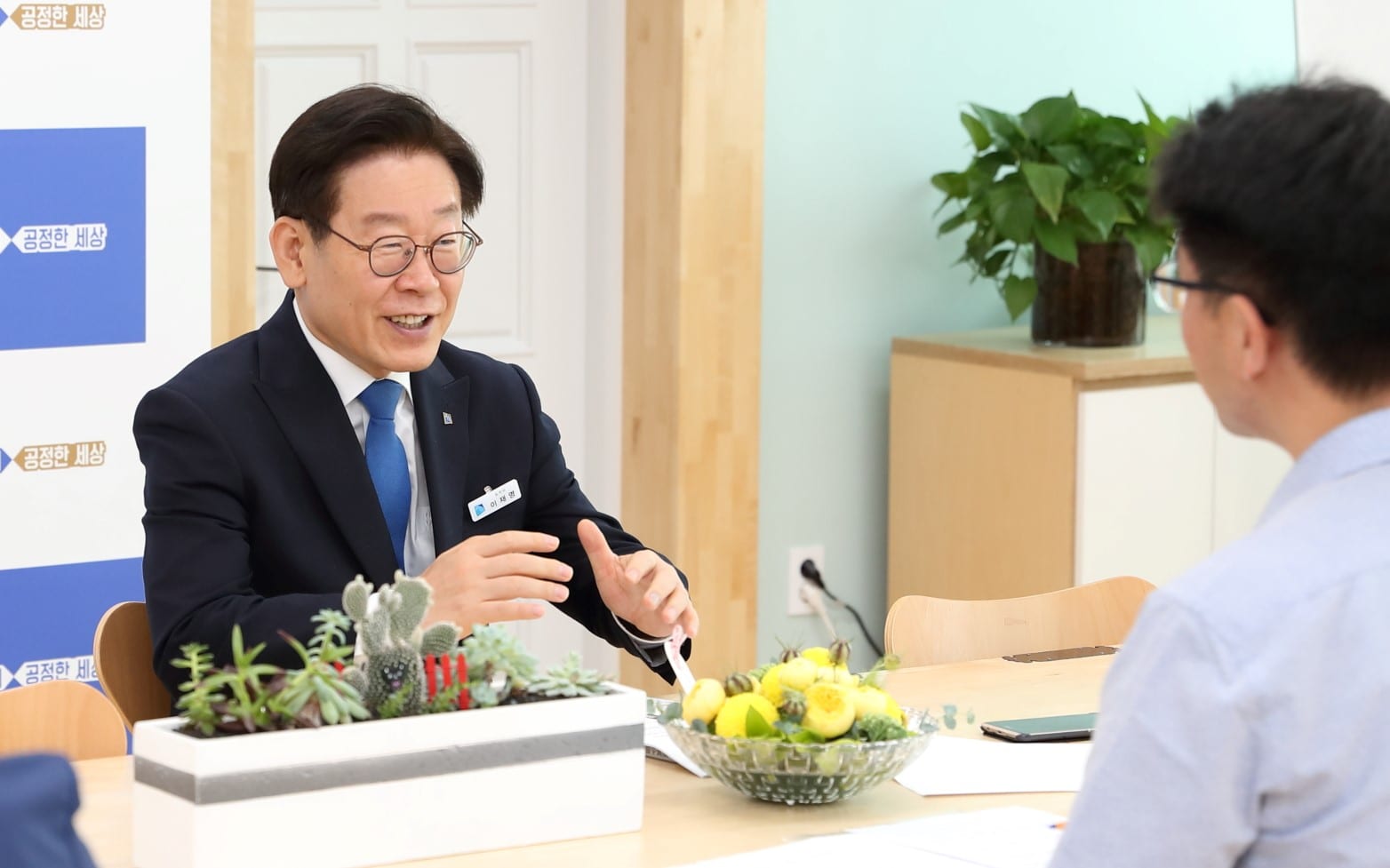 Governor Jae-myung Lee introduced the “Seongnam Youth Dividend” in 2016 during his term as the mayor of Seongnam city. It was a partial basic income, which provides 1 million won per year to 10,000 24-year-olds residing in Seongnam city. At the time, he faced negative reactions from the former Park Geun-hye government of South Korea and was criticized for being a populist, but gained strong support from local businesspeople and the youth.

The amount of Gyeonggi Youth Basic Income is 1 million won per year, and it has been paid in local currency. The increasingly positive reactions towards the policy after the implementation of the Seongnam Youth Dividend helped to make this policy a reality throughout the province. Lee wants to go further than Gyeonggi Youth Basic Income and create a universal basic income covering all citizens of South Korea, along with the implementation of “basic income funded by national land holding tax” to fund the proposal.

The interview with Jae-myung Lee was held at Gyeonggi Provincial Government Building, at 11 am, June 20th, 2019.

Unlike other politicians, you are a strong advocate of the basic income movement. What aspects of basic income were you drawn to?

On one hand, basic income resonates with my dream of a just society. Also, I think that it is an unavoidable policy in order to preserve our societal system. The decrease in the importance of labor due to the fourth industrial revolution, and the current situation where a few wealthy individuals hold excess profits makes it nearly impossible to prevent society from collapsing. Historically speaking, when social inequality reached a certain point, the system collapsed. This may be what our society is facing, which is the reason why policies should be revisited. In my opinion, basic income may be our only choice. Another problem caused by the excessive concentration of wealth and exaggerated excess profits is that it decreases resource efficiency. Distributing wealth to the people, who have fewer opportunities to work compared to the past, will aid in sustainable economic growth, regime maintenance, ultimately achieving real freedom and equality. 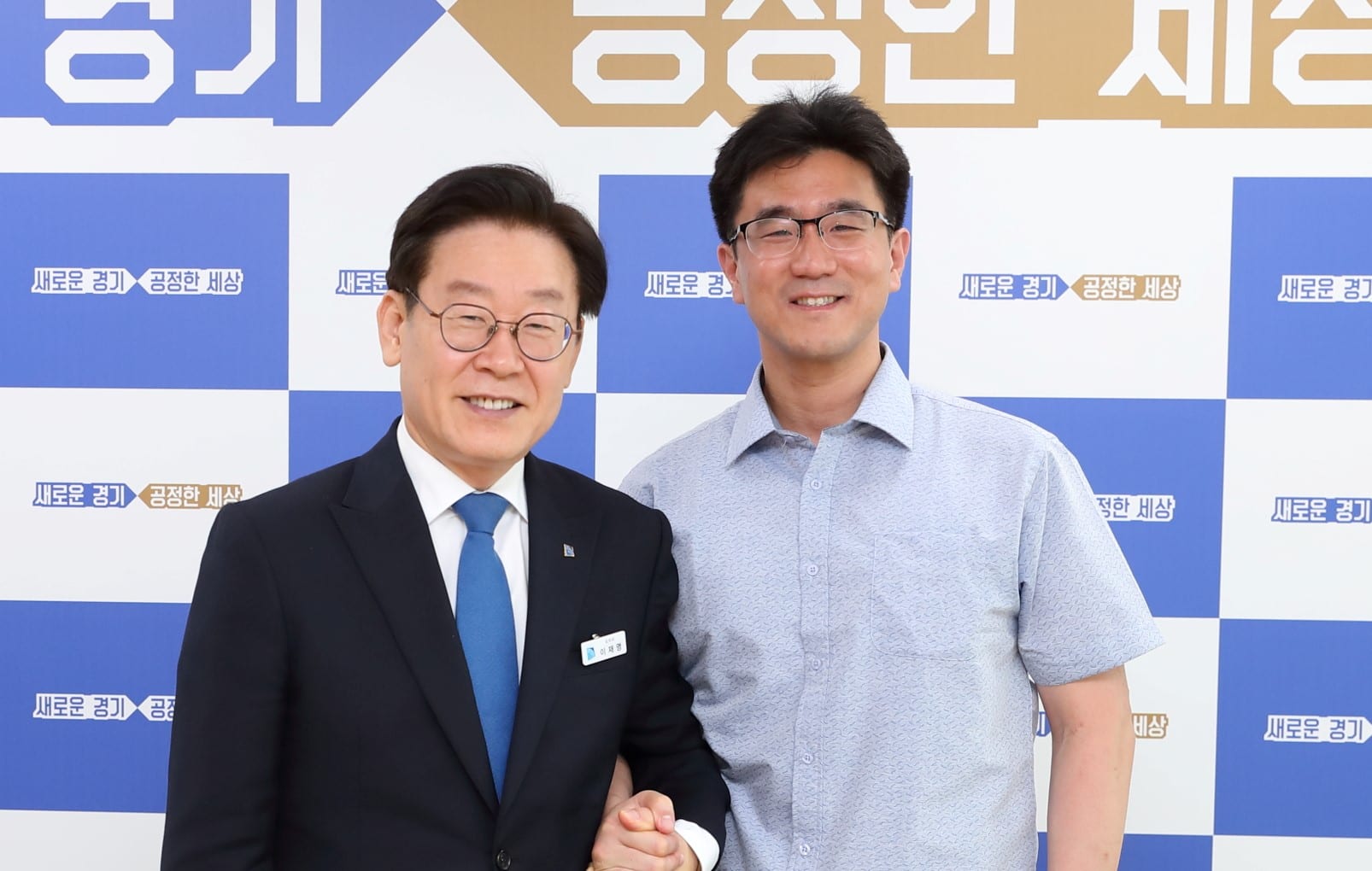 There were a number of basic income experiments held abroad, but they primarily targeted the poor. In contrast, Gyeonggi Youth Basic Income was implemented where it was given to every single 24-year old. What is the significance of the policy?

As you know, basic income aims to provide all people with a minimum amount of livelihood regularly in cash. What we are doing here is limited to a certain age, so it does not completely correspond with basic income. It may be quite insufficient, but the form and principle are similar. I would like to stress that it was an introductory measure. As to the reason why I chose the youth to be the recipients, the youth these days are in the most disadvantageous position in their overall lifespan, but at the same time, they are least protected by the state. In the past, we used to say “The hardships of youth are invaluable,” “There is always a second chance” to young people who had ample opportunities, but the situation is different for the youth nowadays. I thought young people needed special political consideration. I also considered the ripple effect of the policy. It is not yet a perfect system, but a process of throwing a buzz to society. In terms of necessity, the young needed this most, and, I think, there would be an explosive power of a basic income policy for the young in making basic income a social agenda.

One of the unique elements of Seongnam city Youth Dividend and Gyeonggi Youth Basic Income is that they are paid by local currency. On the other hand, there are criticisms of the dividend not being paid by cash. Why did you choose local currency? (Gyeonggi province local currency can be used either in the form of a certificate or a rechargeable debit card. It can be used similarly as cash at affiliate stores in the region. Businesses with large revenue including big retailers are excluded.)

One reason is to overcome resistance. The notion of giving youth cash met criticisms of being populistic, and I had to admit that. New policies always meet resistance, no matter how ‘correct’ the policy is. But resistance decreases when the effect of the policy and the people who gain from it increases. Since it is a policy project funded by public finance, we have designed it to benefit the self-employed and the local economy as a whole, even though it may raise a few inconveniences caused by the local currency for the youth who use it. Another reason is about gaining the support of traditional market merchants and small businesses. This was an effect proven in the case of Seongnam city Youth Dividend. Sales of traditional markets in Seongnam city increased by 26% in the year 2016, when the policy was implemented.

You insist on giving all citizens universal basic income, going further than Gyeonggi Basic Income. At the Gyeonggi province basic income international conference held at April 29th, you have argued to “distribute profit that comes from the commons”, and are consistently arguing for the implementation of basic income funded by a national land holding tax. What is your specific plan in introducing universal basic income?

Making a new policy is important, as is combining necessary policies. One of the biggest problems in our society is the unearned income issue. People do not make creative efforts in a society with excessive unearned income. In such a society, people are trying to take power and take away power from others.

The problem of unearned income must be solved to build a ‘normal’ society where labor is respected and people are assured their share in accordance with their contributions. The biggest issue is a sharp increase in unearned incomes from lands and real estates. And that has significantly worsened compared to the past. One reason is the low real estate holding tax. The way to recapture unearned income from real estate is to increase the tax on it. Currently, real estate holding tax is about 0.3 percent. This is one-sixth of the automobile tax, which is about 1.8~2 percent despite the fact that it is the same type of tax based on property. Why is a tax on cars, usually owned by ordinary people, so high when the tax on land is so low? After fully understanding the situation, there will not be as much resistance towards raising tax rates to 0.5 percent, which is about half of the tax rates in advanced countries. By collecting 15 trillion won more in addition to this, we can pay each citizen 300 thousand won per year.

Is it to combine basic income and policies that aim to recapture unearned income from real estate?

Let us combine the important policy project of overcoming a ‘republic of unearned income from real estate’, and a basic income policy. It is an aim worth pursuing which will make the majority of the people happy. The combination of basic income, local currency, and national land holding tax make sense. This is how to raise support for my policies. You need to change people’s lives, gain support, and minimize opposition. For this, we had to start off with a partial basic income, small amounts of basic income and find a source of revenue that can be agreed upon among people. Land is the most typical type of common wealth and nobody can completely own land in this country, even though s/he has the ownership of that land. The Constitution states a public concept of land. Also, there is no reason for it to require a massive source of revenue at this moment. A child allowance implemented this year by the government is an example of a partial basic income. We can give out child allowance to children under seven, give basic income to 24-year-olds in Gyeonggi province, give basic pension to all the elderly regardless of income level in the future, and fill the gaps as we proceed. In the end, we will be able to build a basic income system even though it may be a low amount at the beginning. The amount can be increased. Implementing a basic income is not about financing sources, but about the authority’s will.

Distrust against the proper use of tax revenue is common in South Korea.

We need to get people to experience that if they pay tax, it would benefit them. 15 trillion won from national land holding tax might only pay 300,000 won per year to all citizens. But people will think “Did I get what I paid for? Would I get more if I pay more?” South Korea is a “low burden, low welfare” society and we need to increase both taxes and welfare. If we only support the poor, the taxpayers would think “Why do I have to pay taxes to help them?” In order to decrease resistance, we have to make the taxpayers think that paying taxes will benefit them. In the Nordic countries, people do not complain that they pay almost half of the GDP to tax, because the majority of the people benefit more than they pay. I want Koreans to have the same experience. After experiencing first-hand, it wouldn’t be difficult to increase basic income from 30,000 won per month to 50,000 won per month, or even more. This will allow for increasing taxation without resistance. At present, there is no taxation power for local government. One possibility is that the National Assembly makes related laws, based on the public concept of land stated in the Constitution, and local governments then enact the municipal ordinance.

Could you comment on the significance of what you’re doing for basic income supporters abroad?

While there were basic income experiments in other countries, we are actually implementing the policy. To be honest, the amount is not enough to result in experimental effects. 1 million won a year is insufficient as a basic income. But I am trying to spread the idea of basic income through this policy. Anyway, it will benefit over 150 thousand people a year, and hundreds of thousands for some years ahead. Even though we started with a small amount of basic income for a particular age group due to financial reasons, but we should expand the recipients and increase the amount in time. A national decision is necessary, which is ultimately made by the people. In order to do so, people need to know about the basic income idea and have a desire for it. I think this policy would help them with that.

Note. This article is a translation of an interview included in the first issue (link: https://basicincomekorea.org/wp-content/uploads/2019/07/BasicIncomeMagazine_Issue001-Summer2019.pdf) of Basic Income Magazine (quarterly published by the Basic Income Korean Network). The magazine is in Korean, and this article is a summarized version of the original article.