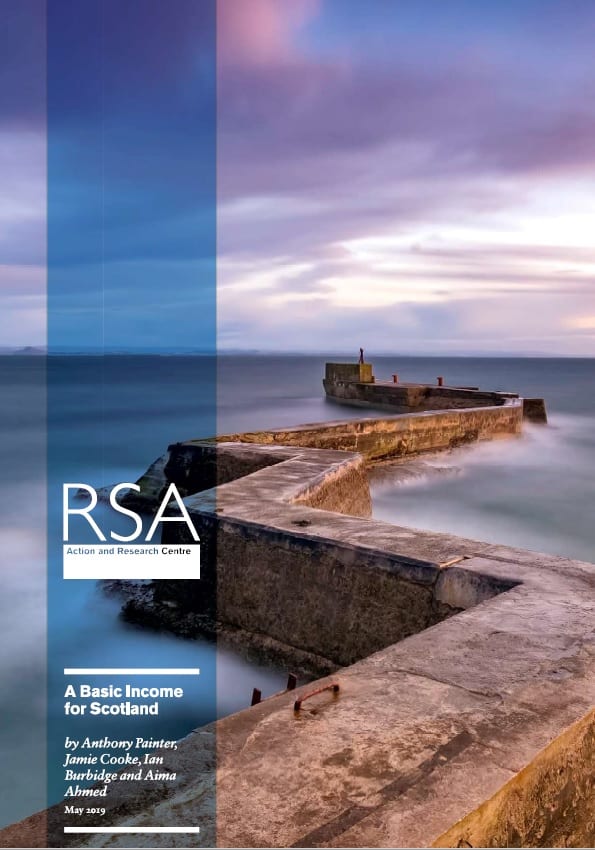 Scotland: The RSA releases a new report, focused on the experimentation and implementation of a basic income in Scotland

The Royal Society for the encouragement of Arts, Manufactures and Commerce (RSA) just published a new report entitled “A Basic Income for Scotland”.

The report is organized in four main sections:

The report also features direct input from potencial beneficiaries of the Fife basic income trial (which is still under study / consideration), a precious contribution from those directly affected by the current system of means-testing conditional social security. Taking the example of Fife, Painter and his colleagues have projected that “£2400 a year would half destitution and reduce relative household poverty by 8,5%. A basic income of £4800 a year would end destitution and reduce relative household poverty by 33%.” It’s relevant to notice that the Scottish living wage is currently £9 per hour, which for a regular 8 h/day job amounts to about 1440 £/month. So, these basic income amounts under consideration are only 14 and 28% of what it takes to live comfortably in Scotland.

Anthony Painter summarizes how a basic income in Scotland could be tested within a whole set of other public policies in place:

“In A Basic Income for Scotland we map how pilots of basic income could work with a full set of supports alongside cash payments. We call this community designed system of interlocking public, community, and employer supports wrapped around basic income a ‘Civic Basic income’.”

Anthony Painter, “The case for basic income is growing. Scotland can take it forward”, RSA, May 8th 2019

Scotland: How the Scottish Citizens Basic Income Feasibility Study has been evolving

It was in September 2017 that the Scottish Government decided to support local authorities – namely Fife, City of Edinburgh, Glasgow City Council and North Ayrshire Council – so these could conduct feasibility studies on potential basic income pilots within their districts. A 250 000 £ fund was made available by the government, complementing the common resources shared by these localities for this innovative pursuit.

The feasibility phase is projected to end in March 2020, precisely a year from now. Although the study is being managed locally, within the cited localities, it is being developed together with governmental institutes like the Department for Work and Pensions (DWP), Her Majesty’s (HM) Revenue and Customs (HMRC) and the National Health Service (NHS) in Scotland, without which future basic income pilot schemes in the UK cannot be rolled out. This initiative is even more important, within UK’s internal organization, knowing that employment, health and safety, and social security policy are reserved matters, which means these are dealt centrally at Westminster Parliament.

Responsible officials for the study, also named the Steering Group, have been engaging with all the cited governmental institutes, plus learning all available information on other basic income-like experiments around the world, and attending Conferences focused on basic income (such as the last BIEN Conference in Tampere, Finland). These officials, and their associated team, are expected to present an interim report in autumn 2019, culminating at the presentation of a final report by March 2020.

Even though the feasibility study is still in its infancy, an update on the work’s progression has already been released (March 5th). It is scheduled as indicated below, in which Phases 1 and 2 have already been concluded (Phase 2 is just ending).

As immediate next steps, the study team will now invest in understanding how to articulate the pilot basic income with the existent Social Benefits structure (in partnership with the Child Poverty Action Group). In parallel, it will also entail “economic modelling of broader and second order impacts on the local and national economy”, as well as “modelling (of the) the impacts of CBI (Citizens Basic Income) on income and poverty”. In this core stage of the feasibility study, funding and payment option will also be analysed in detail, while interaction with the several stakeholders and partners is deepened.

It seems that the Scottish approach to a basic income pilot is mostly from the bottom-up, in an attempt to articulate the operation of existing income distribution rules with the new element of basic income. This may not only be a necessity to effectively develop the basic income pilot, but makes sense in a more general and longer-term view of implementing a basic income in the region, further down the road. In any case, further important updates will come to us in September this year.

SCOTLAND: An update on UBI experiments

Here is an update. On the 20th June 2018, the first official meeting of ‘the Cross-Party Group in the Scottish Parliament on Basic Income’ was held in the Parliament. The group has been formed to examine the options for a basic income as a policy for reform of the current social security system in Scotland, including, where appropriate, its potential sources of funding. It will be co-chaired by Ivan McKee MSP (a member of the Scottish Parliament) and Alex Rowley MSP.

A Scottish Government spokesperson informed on the latest general situation as follows.

“Scottish Ministers have awarded funding to four local authorities in Scotland to undertake feasibility studies and to develop pilot models. This funding covers the financial years 2018-19 and 2019-20. The local authorities will submit a final business case, including proposed pilot models, to Scottish Ministers for consideration by March 2020 – this will set out full details of the ethical, legislative, financial and practical implementation of the pilot on the ground. A decision will be made at this stage whether to contribute to funding the proposed pilots.“ 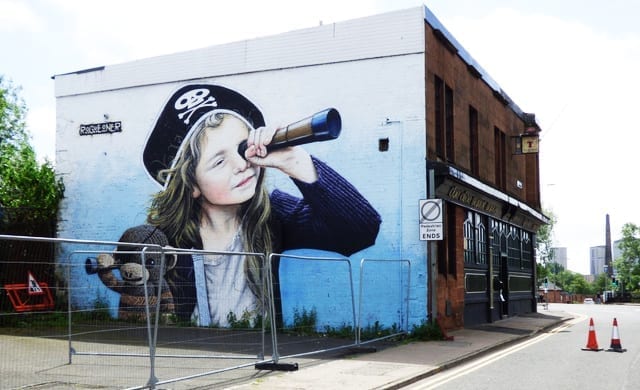 Angela Constance, Cabinet Secretary for Communities, Social Security and Equalities of the Scottish government announced that a fund of £250,000 is available for feasibility studies of the Basic Income pilots proposed in Scotland. In addition to the fund, the government will also help the pilot authorities to assess cost and feasibility of their plans. The grant is to “help develop a research design and undertake a limited amount of community engagement, not to fund the pilots themselves.”

The Scottish Government does not have the powers over tax and benefits necessary to pilot a full Basic Income and the proposals need to be aware of “the legislative and practical basis for implementing a pilot including the consideration of reserved and devolved powers and administrative complexities”.

The Scottish government will provide further guidance to the pilot authorities in January 2018 and a deadline for bids will be set for late March 2018. 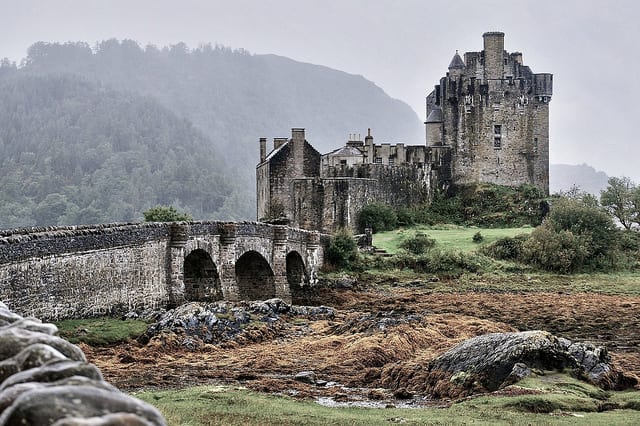 In an interview with BBC News, Nobel Laureate economist Joseph Stiglitz warned that basic income (citizen’s income) should not be the current priority of the Government of Scotland.

On September 5, First Minister Nicola Sturgeon announced that the Scottish Government would provide funding for basic income trials in the regions of Fife, Glasgow, North Ayrshire, and Edinburgh, where pilot studies of the policy had received the support of local authorities.

During October’s Inclusive Growth Conference, Sturgeon reaffirmed the government’s commitment to supporting trials of basic income, despite acknowledging that the policy might prove infeasible in the end:

Despite the fact that this has some critics, we are going to work with interested local authorities to fund research into the feasibility of a citizen’s basic income scheme.

But as work and employment changes as rapidly as it is doing, I think it’s really important that we look and are prepared to be open-minded about the different ways in which we can support individuals to participate fully in the new economy [1].

Stiglitz, who has served as an economic advisor to the Scottish Government since 2012, believes that pursuing a basic income would represent misaligned priorities in light of Scotland’s fiscal constraints. Instead, the distinguished economist urges the government to prioritize benefits targeted to those who need them most, job creation to ensure a job to all who want one, and a livable income for all who work full-time.

When asked about the UK’s interest in basic income during an interview with the BBC’s Sunday Politics Scotland, he replied:

I think the point of a citizen’s income is that it recognizes rights of ordinary individuals–that supporting individuals, social protection, is not aimed at those who have been left behind, but is a basic part of our society.

But I do worry about two things. One, as you say, there are fiscal constraints. Should the scarce money be used to give everyone a basic amount, or should it be targeted at those who have particularly strong needs? I think there needs to be some targeting.

Secondly, over the long run, our responsibility as a society is to make sure that everybody who wants a job can get one. And the underlying problems of the lack of employment and lack of adequate pay–anybody who works full time ought to have a liveable income–those are the issues that, in the long run, we need to address.

Stiglitz has previously been hailed in the basic income community as one of a long Nobel-winning economists who have (reportedly) endorsed basic income. His presumed endorsement took place at the World Summit on Technological Unemployment in February 2015, when he was asked if he supported basic income as a policy response to technological unemployment, and replied “Yes, that’s part of the solution,” before going on to stress that basic income alone is not a complete solution.

In October 2016, Stiglitz again said that “the idea of a basic income is a good idea” in response to a question from Vox reporter Ezra Klein (“What you do think about a universal basic income in America?”). He added, however, that he had not yet made up his mind about the question of whether it is better to target limited resources to those most in need:

If you don’t have a lot of resources, isn’t it better to try to target the limited resources you have at those who really, really need it, the people who are disabled, the people who are elderly without other sources of income, a variety of people who are seriously disadvantaged. The problem with the universal basic income is that you give a flat amount to a large amount of people, and that means, because you have so many people, you can’t give as much as you would to help those who most need it.

He went to note that, “on the other side of the coin, those who most need it have difficulty in navigating the bureaucracy” — a problem that would be avoided by a basic income.

It appears, then, that Stiglitz has not changed his mind on basic income so much as determined that, in Scotland and the UK, fiscal constraints and the need for targeted benefits outweigh the advantages promised by universality.