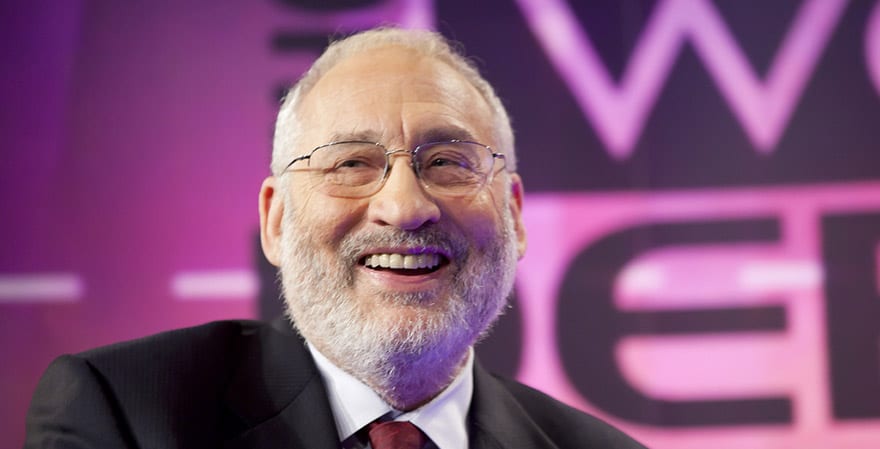 Joseph Stiglitz, during the question and answer session after his talk at the World Summit on Technological Unemployment in New York on February 29, 2015, was asked whether he supported an Unconditional Basic Income as a policy response to technological unemployment. He replied, “Yes, that’s part of the solution.

He quickly went on to say that Basic Income is not all. He talked about other financial reforms, “predistribution” – changing the rules of the market economy, eliminating the peculiar system in which land speculators are taxed at a lower rate than other people, and so on.

In other words, Stiglitz endorses it, but does not emphasize it. This is somewhat of an unusual position; most people seem to have strong feelings about it whether for or against. Stiglitz is for it, but he sees it as a small part of a host of financial and other reforms.

More on the World Summit on Technological Unemployment can be found online at: https://www.wtn.net/technological-unemployment-summit.