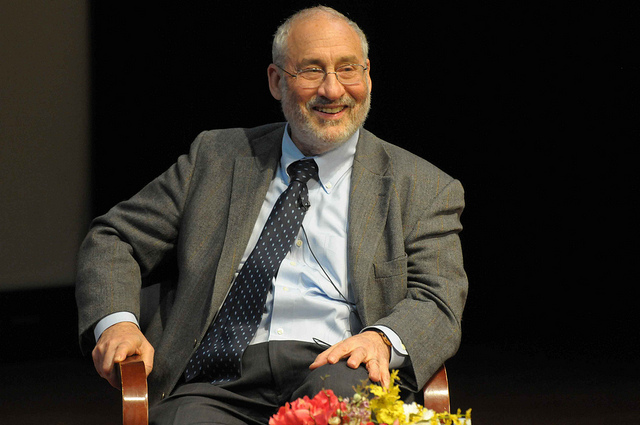 Economist Joseph Stiglitz was awarded a Nobel Prize in 2001 for his work on information asymmetries in the market. He was Chair of the Council of Economic Advisers under President Bill Clinton and Chief Economist of the World Bank from 1997 to 2000. And he is a supporter of universal basic income (UBI).

On October 25, 2016, Stiglitz was the featured guest on Vox editor Ezra Klein’s podcast, The Ezra Klein Show. Although the question was not a focal point of the 70 minute interview, Klein did ask Stiglitz whether he favors a UBI in the United States.

The famed economist replied that he thinks UBI is a “good idea”, although he has not made up his mind about one question: if a society has limited resources, is it better to target those resources on the poor–those who need assistance the most–rather than giving an unconditional cash transfer to everyone? As Stiglitz goes on to describe, however, those who are in most need of support often cannot afford to wait weeks or months to receive it; under the current system, however, many are forced to undergo such a waiting period–given the paperwork they must complete and the bureaucracy they must navigate. Stiglitz claims that an unconditional basic income would avoid this problem.

Stiglitz seems disposed to support a UBI in a country that is rich enough to afford unconditional payments to the rich and poor alike. (He mentions the US, Switzerland, and Norway as examples of sufficiently wealthy countries.) At the same time, though, he is quick to rule out a UBI in the US as politically infeasible.

The full episode can be heard here. The question about UBI begins at 55:25 and Stiglitz’s reply lasts until about 58 minutes.

This is not the first time Stiglitz has been asked to comment on UBI. In February 2015, he was asked about technological unemployment at the World Summit on Technological Unemployment, and replied that he agreed UBI would be part of the solution–although he went on to discuss the fact that a UBI alone is not the whole solution.