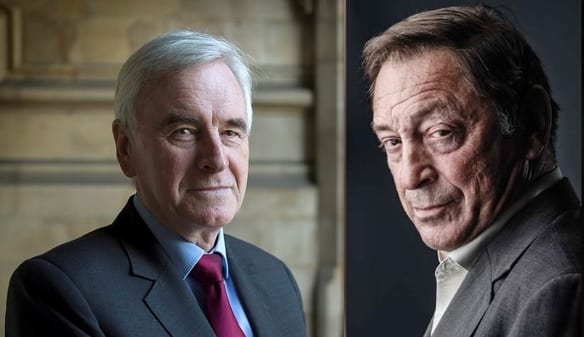 This week, on May 7th, Guy Standing will be presenting a report prepared at the request of the Shadow Chancellor of the Exchequer, John McDonnell MP. The complete title of the report is “Piloting Basic Income as Common Dividends”.

The event is organized by the RSA (Royal Society for the encouragement of Arts, Manufactures and Commerce) and the Progressive Economy Forum (PEF), and will take place at the RSA’s Great Room Auditorium, at 11 am. It will be introduced by RSA’s Director Anthony Painter and PEF’s Chair Patrick Allen, followed by an opening keynote by John McDonnell himself. After that Guy Standing will present the fifty-page report in about thirty minutes, which will then be openly discussed by commentators Ed Miliband, former Labour Party Leader, Margaret Greenwood, Shadow Work and Pensions Secretary, and Caroline Abrahams, Age UK Director, as well as in a round of questions and answers with the audience.

Although other books and reports have been made public, focused on basic income for the British reality (e.g.: Annie Miller’s “A basic income pocketbook”, Malcolm Torry’s “Why we need a Citizen’s Basic Income”), this was the first time a British politician has specifically asked  for a report on basic income. As Shadow Chancellor, John McDonnell and the Labour Party had been flirting with the idea, however, since early 2016 (even though McDonnell had been a basic income supporter as far back as 2014).