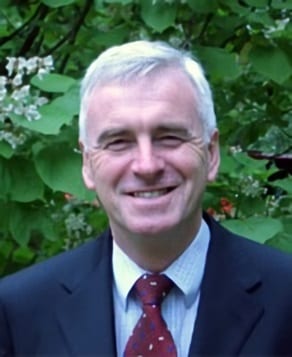 The Guardian and The Independent reported on Sunday, June 5th that the British Labour Party is considering endorsing a universal basic income.

John McDonnell, Shadow Chancellor of the Exchequer, is among the Labour Party politicians who have taken an interest in the idea. As quoted in The Guardian, McDonnell believes that recent research on UBI “makes an interesting case for a universal and unconditional payment to all, which could prepare our country for any revolution in jobs and technology to come – it is an idea Labour will be closely looking at over the next few years.”

On Monday, June 6th, he will be attending at meeting at the House of Commons to discuss a research report recently prepared by Compass, a leftwing think tank that describes itself as a “pressure group for a Good Society.”

Compass’s new report urges policymakers in the UK to investigate and trial a universal basic income, and compares two potential schemes — a full UBI, which replaces most means-tested benefits, and a “modified scheme” in which under most means-tested benefits are retained. (The authors believe that the latter could provide an initial step towards the development of the former.) In both schemes, cash benefits “are paid to everyone, without condition, and cannot be withdrawn.”

In a detailed analysis, the Compass report compares the two schemes on the basis of cost, “the number and pattern of gainers and losers” (e.g. according to income level and household type), and the impacts on poverty and inequality. Additionally, the report describes options for financing a basic income, such as a social wealth fund on the lines of the Alaskan Permanent Fund.

With the existing income support system increasingly ill-equipped to deal with the complexity of the modern labour market, and the impact of the technological revolution coming so fast down the track, the idea of a UBI has already been gathering growing support in the UK. It is now time for a campaign to promote a much wider debate among the public and decision makers.

The report was developed by two economists and Compass Associates, Howard Reed and Stewart Lansley. Reed is the director of the economic research and consultancy group Landman Economics, which developed the tax-benefit model that was employed in the analysis of the UBI schemes. Lansley is a visiting fellow in the School of Policy Studies, University of Bristol, and the author of several books including, most recently, A Sharing Economy: How Social Wealth Funds can Reduce Inequality and Help Balance the Books.

The Chair of Compass, Neal Lawson, has also recently spoken out to members of Britain’s progressive parties, urging them form a “progressive alliance” to “usher in a post-imperial foreign policy, introduce a basic income, end austerity and renew the social fabric of our lives.”

Neal Lawson, “An open letter to the SNP – it’s time to join political forces with Labour,” Commonspace, May 31, 2016.