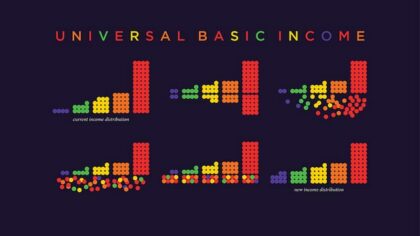 The issue of the basic income, its pros and cons and the feasibility of its implementation have occupied space in media outlets in recent years, mainly due to the visibility it gained after the referendum in Switzerland and the experiment started this year by the Finnish government. However, this discussion has not reached all corners of the planet. Or at least not until recently.

On February 1st of this year, the Argentine conservative-leaning newspaper La Nación published an opinion piece entitled “An universal income that compensates for poverty and unemployment”. The author of the article, Eduardo Levy Yeyati, is an economist, writer, and civil engineer, with a PhD in Economics from the University of Pennsylvania. Yeyati introduces the concept of universal income and describes the historical dimensions of this idea, as its discussion has spanned the centuries, from Thomas More, to Martin Luther King, to its contemporary promoters such as the British Labour leader Jeremy Corbyn and the French presidential candidate Benoît Hamon.

However, the text mainly discusses three fundamental complications surrounding the idea of basic income. First, despite having multiple detractors and defenders, the basic income is still an idea in search of a design. According to Yeyati, there is a rather classic proposal such as an unconditional basic income (the model advocated by the most ardent supporters of the initiative), a conservative proposal that would be represented by the negative income tax defended by Milton Friedman and a compromise third-way between these more extreme positions that seeks to guarantee a basic salary floor for those who already receive some type of income.

Second, the author identifies two moral dilemmas that must be addressed and answered by any definition and operationalization of the basic income. First, should it be paid only to those who have a registered job, in the style of an addendum and prize to effort, or should it be paid to everybody, even to those who have no intention of working? Second, should the person who has a lower income receive more money, should everybody receive the same amount or should the person who works the most receive more? For many advocates of this initiative, a basic income basically implies answering these dilemmas in the most “generous” way: it should be paid to everybody and everyone should receive the same. In this sense, it seems that Yeyati uses the term more broadly than a lot of speakers in other countries, not compromising to any of the possibilities.

Finally, the author ventures one last idea in which he discusses the feasibility of thinking and discussing the implementation of a basic income in Argentina today. And despite some pessimism on his behalf and considering that it would take several years of political maturation to reach the appropriate level of discussion, Yeyati does believe that it is possible to move towards the realization of a basic income today through the design and implementation of a Finnish-style pilot in Argentina. Basically, the author argues that this would not be very costly, that the twin challenges of poverty and unemployment will dominate the development agenda in the coming years and that, in order to move forward, this debate needs information that we do not currently have. In this sense, despite the fact that this issue it not yet in the agenda in the Latin American and Argentine context, at least there are people who are encouraged to discuss its implications and there are media outlets, however conservative they may be, willing to publish them.

Follow
One comment Argentina
The views expressed in this Op-Ed piece are solely those of the author and do not necessarily represent the view of Basic Income News or BIEN. BIEN and Basic Income News do not endorse any particular policy, but Basic Income News welcomes discussion from all points of view in its Op-Ed section.