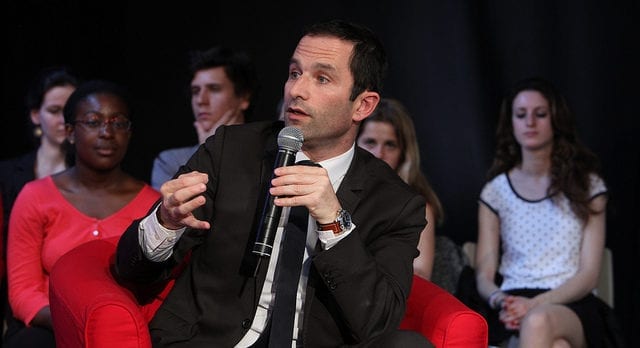 The French Socialist Party has elected a pro-basic income politician, Benoît Hamon, as its candidate for the presidential election this spring.

Benoît Hamon, the left-wing politician who has gained considerable media attention in recent months for his basic income proposal, has won the Socialist Party presidential nomination. He comfortably beat rival and former prime minister Manuel Valls by 58.9% to 41.1%, after his surprise win in the first round.

“Universal basic income is a tool to liberate work, allowing people to actually choose their work and not suffer from it” Hamon declared yesterday in his speech to supporters after his victory was made official.

A centerpiece of Hamon’s campaign has been his universal basic income proposal, which he claims should be introduced step by step:

Nicole Teke of BIEN’s French affiliate, the French movement for basic income (MFRB), said the following of the result: “This is a beautiful victory, not only for Hamon but also for the idea of basic income. This vote shows that hundreds of thousands of people want basic income to be at the heart of political debate. This is such progress when compared with the misunderstanding of the idea three years ago! The advocacy work carried out by the MFRB along with other associations has borne fruit today.” She highlights that MFRB have contacted all the presidential candidates, advocating for the swift introduction of basic income across the political spectrum. Basic income is proving to be a popular idea in France, as elsewhere, with the Senate just last October releasing a report calling for pilot projects to investigate the policy.

In explaining his reasons for adopting such a stance, Hamon focuses on arguments regarding the changing nature of work given advances in automation. In an interview with Le Monde, for instance, he states: “According to all serious studies, there are hundreds of thousands of unskilled or low-skilled jobs that are beginning to be destroyed in Western economies. We must manage this transition and make the most of this amazing opportunity that the digital revolution offers us to work less and live better.”

This proposal drew sharp criticism from the pro-business Valls, who (despite earlier statements) instead offered a “decent income” of 800 euro a month, targeted solely at the worst-off. This would involve simplifying the French welfare system, but maintaining means-testing.

Hamon’s success has been compared to that of Jeremy Corbyn in the UK, as both represent a return to socialist values within parties that have been moving ever closer to the political center. Hamon’s platform also includes a tax on robots to fund the basic income, reductions in working hours.

Now Hamon will face a hard battle to win the presidential election against his rivals. The Socialist Party has lost a massive number of supporters under the mandate of President Hollande and is expected to be a big loser in the upcoming election. 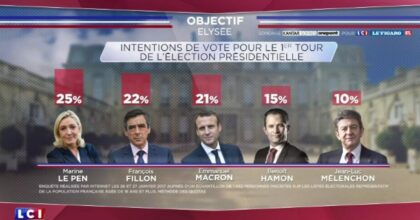 According to the most recent polls, Hamon would only receive 15% of the votes, in fourth position behind Front National’s Le Pen (25%), Conservative Fillon (22%) and Centrist Macron (21%), but ahead of the radical-leftist Mélenchon (10%). This estimate is, however, much higher than earlier polls suggested, which had predicted Hamon to receive only up to 6% of the votes if he were to become the Socialist candidate.

The first round of the presidential election will take place on 23 April.