On Sunday, June 5, the Swiss people voted down the following referendum:

The initiative proposes to insert the following article in the federal constitution:

1. The government will provide a basic income.

2. The basic income will allow the people to live in a dignified manner and participate in public life.

3. Legislation will determine the funding for the system and the actual amount of the basic income.

Although the referendum met defeat, June 5, 2016 will be remembered as a watershed date in the history of the basic income movement — marking the first time that basic income has been submitted to direct democracy.

The Swiss popular initiative deserves accolades not only for making basic income a point of serious discussion in Switzerland but also for propelling the idea into the global spotlight.

This article looks back at highlights of the campaign previously featured in Basic Income News.

The Swiss popular initiative for an unconditional basic income was launched in March 2012. By October 2013, the campaign had collected 125,000 signatures — more than enough to guarantee that a national referendum would be held on the issue.

The Swiss Parliament voted on the initiative in September 2015, rejecting it 146 to 14 (with 12 abstentions). After this, a popular vote was scheduled.

Since its beginning, Switzerland’s basic income movement has employed novel and creative tactics to garner publicity. In October 2013, after the successful collection of signatures, campaigners flooded the ground outside of the Federal Palace in Bern eight million coins — one for every person in Switzerland. 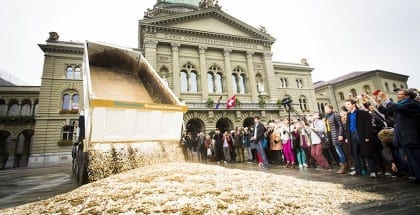 Money flowed outside of the Federal Palace in Bern

The months leading up to the popular vote brought a string of new clever demonstrations.

Basic income advocates dressed as robots danced at Davos in January, during the World Economy Forum, and marched through the streets of Zurich in April. 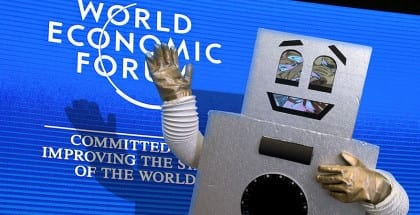 In May, supporters of the referendum created the world’s largest poster, officially recognized by the Guinness Book of World Records, which was broadcast in Times Square in New York City and later taken on tour to Berlin. 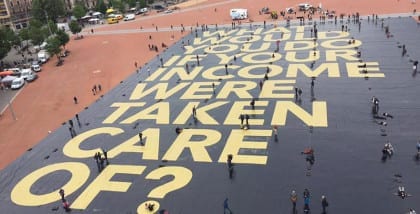 Biggest question in the world

Finally, less than two weeks before the vote, a pro-UBI group gave away Switzerland’s first crowdfunded basic income to a randomly selected participant, and is currently raising money on its website for another basic income raffle.

However, the basic income movement comprised far more than flashy demonstrations and publicity stunts. It also ushered in much serious discussion of basic income, bringing internationally-known scholars, researchers, and political figures into the fold.

For instance, in the month prior to the vote, major conferences on basic income convened in Switzerland. The Future of Work Conference, held on May 4 in Zurich, featured keynote addresses by such noted individuals as Yanis Varoufakis (former Greek Minister of Finance), Robert Reich (former US Secretary of Labor), Erik Brynjolfsson (MIT economist), among others, as well as a series of panel discussions with equally impressive lists of participants (e.g., the Experiments Panel, Labor Panel, and Entrepreneurs Panel).

Additionally, on May 13, a UN-sponsored panel discussion on basic income was held at the Palace of Nations in Geneva. Thomas Vollmer from the Swiss Federal Social Insurance Office presented the government’s anti-UBI position, while BIEN members like Guy Standing and Ralph Kundig laid out the case in favor. (Click through the previous links for videos from the respective conferences, previously unpublished on Basic Income News.) 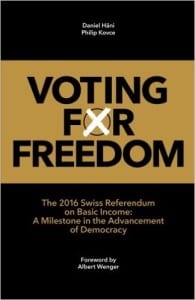 Switzerland’s basic income campaign — and the thoughts and questions behind it — also became the subject a new book, Voting for Freedom: The 2016 Swiss Referendum on Basic Income: A Milestone in the Advancement of Democracy.

In the book’s forward, venture capitalist Albert Wenger emphasizes the historical and global significance of the Swiss movement: “This vote represents a historic opportunity for social and economic progress. By embracing basic income in a peaceful vote, Switzerland could lead the way for others to follow.

Despite the ultimate failure of the referendum, the campaign has surely been a success for global basic income movement — where it will continue to inspire advocates and activists in other countries. Indeed, the campaign has already been the direct source of inspiration for a similar movement in Germany as well as one in Portugal.

In fact, despite the rejection of basic income on a federal level, the Swiss city of Lausanne might still proceed with its own basic income pilot. 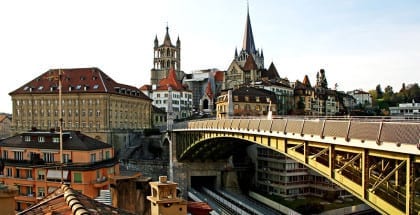 One thing, for sure, is clear: thanks in large part to Switzerland, the world is now debating the merits of a basic income.

Glancing back at the few weeks prior to Sunday’s vote, we can quickly assemble an impressive list of international media outlets that published articles about the referendum: The BBC, Reuters, The Guardian, The Wall Street Journal, The New Yorker, The Independent, USA Today, Channel NewsAsia, CNN Money, Yahoo Finance, The Economic Times, CNBC, The Inquisitr, Tech Insider, Fortune, Express Tribune, Bloomberg, and AskMen, among many others.

No doubt the international conversation will continue and grow after the announcement of the results – and, although these results are negative, the campaign can surely count this a major success, and we basic income advocates throughout the world owe immense gratitude to the Swiss popular initiative.