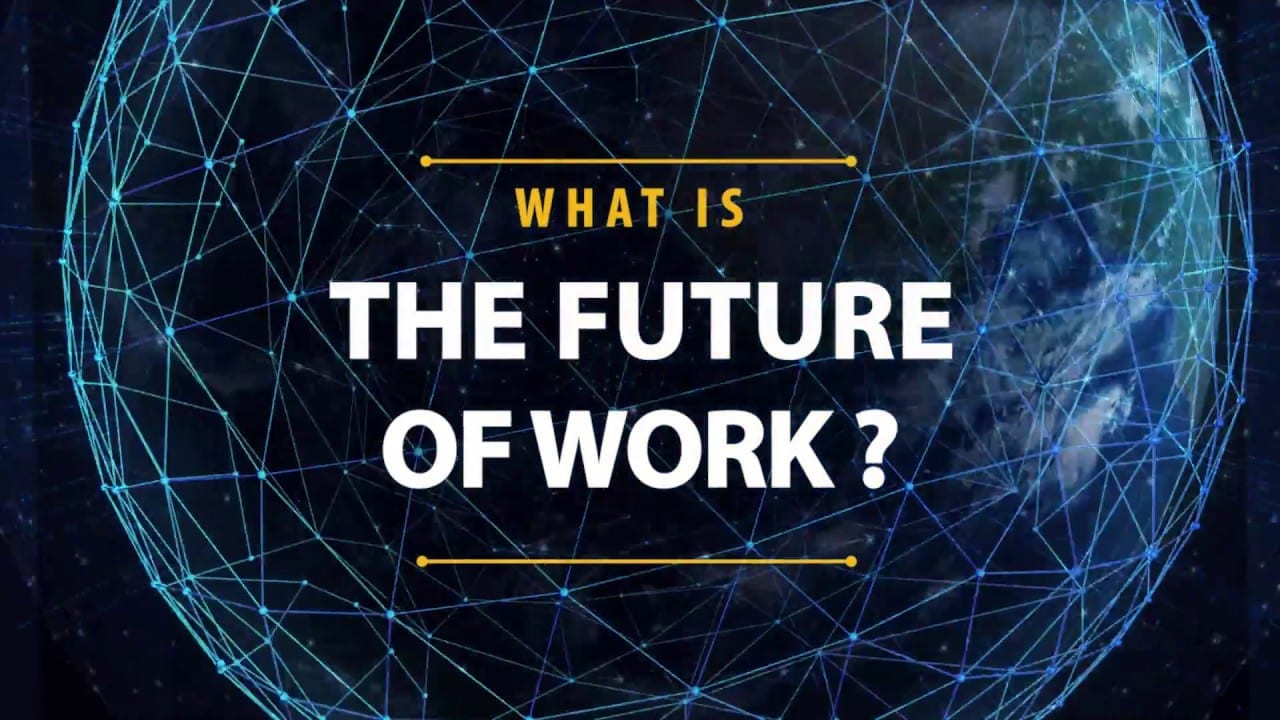 Alex Gray: “This is our chance to completely redefine the meaning of work”

This article by Alex Gray summarizes a presentation given by historian Rutger Bregman at the annual meeting of the World Economic Forum in Switzerland, January 2019.

Bregman would like to see ‘work’ redefined as ‘activity which adds value to society.’  He sees the starting point for this as more general recognition that some jobs are socially useless (at best). Bregman quotes Jeff Hammerbacher, an early employee of Facebook who apparently said: “The best minds of my generation are thinking about how to make people click ads.  That sucks.”

Bregman’s interest in an UBI is twofold.  Firstly, it would enhance individual quality of life by removing the necessity to work for money.  Secondly, workers whose jobs are poorly paid but socially useful would be freer to draw attention to this fact by withholding their labour.

He rejects the further argument that an UBI will be necessary to offset the inevitable replacement of human beings by technology: “Automation throughout history has never meant mass unemployment.  We should never underestimate the power of capitalism to come up with more socially useless jobs.  Theoretically, it’s possible we will all just be pretending to work.”

Bregman doesn’t engage with economic arguments around the feasibility or impracticability of an UBI, so much as the ‘hearts and minds’ aspects: “The obstacle is not about economics or technology, it’s ideology.  We have to redefine so many of our basic concepts.”  According to Bregman, “We’re all basically nice, meaning-seeking creatures, and if you assume the best, that’s what you get out.  It’s the power of expectation…. The first time I wrote about basic income was five years ago, and back then no one was talking about it.  Now the idea is everywhere and there are experiments around the globe.  The first talks I gave were for small groups of anarchists and now I’ve been invited to the World Economic Forum.  It just shows how ideas change the world. Life-changing ideas never start in Washington, Westminster or Davos, they start at the fringes. In a basic income society, wages would better reflect societal value, and kids would live out their dreams.”

Alex Gray, “This is our chance to completely redefine the meaning of work”, World Economic Forum,  January 9th 2019 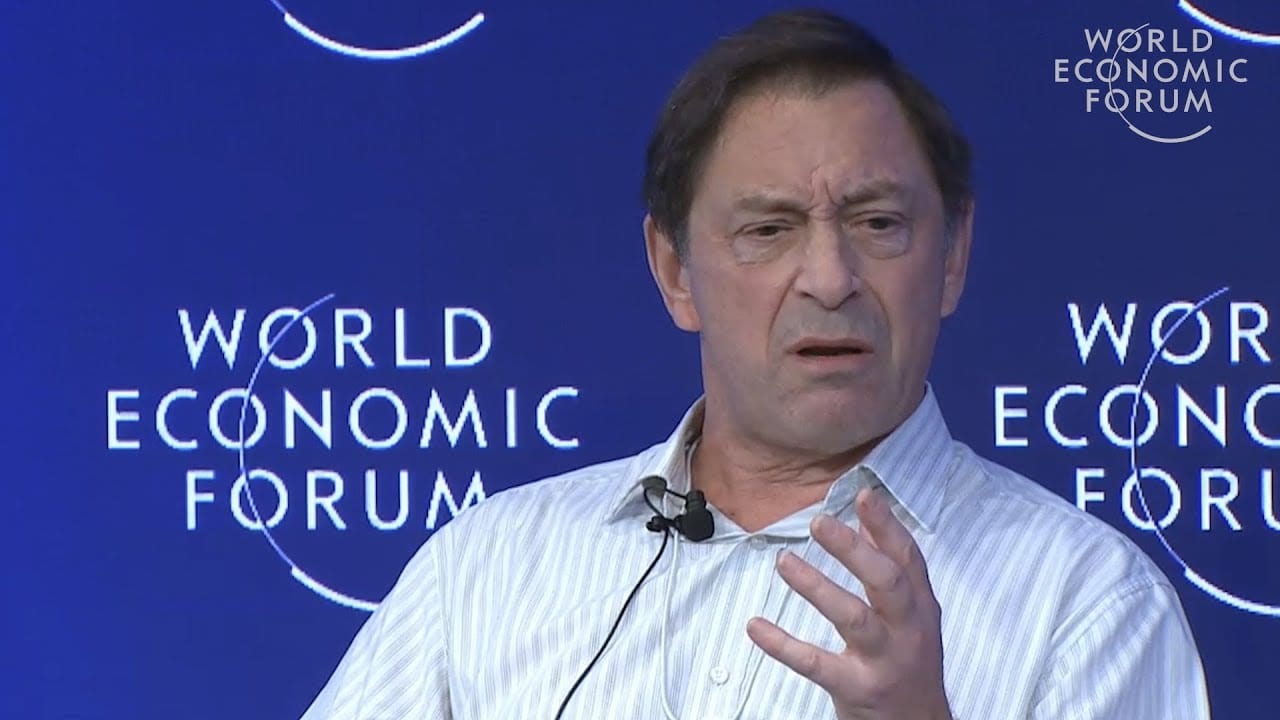 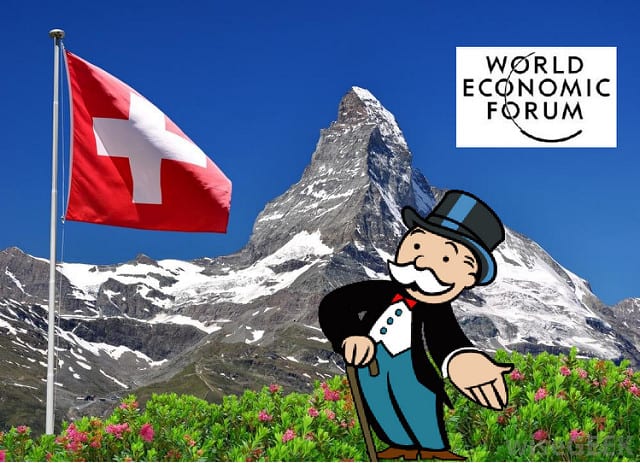 According to Guy Standing, there has been much evidence gathered through foundational research on the feasibility, affordability and implications of UBI, but this research has been ignored for many years. Due to the realisation of the potential effects of automation, however, interest in UBI has recently increased. Automation is not Standing’s personal motivation though—he advocates for UBI for three main reasons:

Standing: “I wish people would look at the evidence rather than continue with their views. We have done pilots, covering thousands of people and most fundamentally we found that the emancipatory value of a basic income is greater than the money value.

When asked to explain the support for UBI from both left- and right-wing politicians, Kroes argues that the flexibility of the concept is a reason why there is an interest from both left- and right-wing political movements: it can either decrease or increase the role of the government, the level of the UBI can vary and there are a number of different ways to fund it.

As Kroes explains, the UBI could replace large parts of the existing welfare system and would require choices to be made in advance regarding which benefits would be cut. This specificity would make it more difficult to find support from politicians across the political spectrum, which is why Kroes suggests starting off with a more modest system that would more easily find political support and can be seen as a starting point.

“The least ideological arguments in favour of a UBI are coming from technical entrepreneurs in Silicon Valley at the moment”, Kroes continues, noting that “they are trying to defend their own future”.

Kant is asked to explain the attractions of a UBI from a governmental perspective. He explains that the huge rural employment guarantee scheme and the public distribution system in India are very inefficient, mostly due to corruption.

Furthermore, India is facing changes in the labour market, where low skill-low pay jobs are decreasingly necessary, while the demand for high skill-high pay jobs is increasing. This shift requires radical restructuring of the educational system to provide the right skills, Kant argues.

There are huge inequalities in India: one third of the population is living below the poverty line. These are the people that should be targeted with a UBI, and 1000 rupees per person per month would be affordable, says Kant. India also has a few specific advantages, he further argues. There is a huge infrastructure of biometric and mobile phone payment systems in the country. At the same time, India recently transformed its ‘black economy’ of almost 1 trillion US dollars (parallel to a 2 trillion US dollar formal economy) into a ‘white economy’. This resulted in a significant increase of government tax income, so there is enough money to potentially fund a UBI, Kant explains.

Kant suggests it would be best to provide people with a UBI in the form of an interest-free loan for a period of three years, ensuring the money is repaid and recycled so it can reach more people. Simultaneously investing in creating jobs on the back of domestic consumption would give this scheme a push.

In response to this, Standing argues that, “in our pilots in India, we found that people improved their nutrition, family health, schooling, schooling performance, and entrepreneurship. The consequence was that they were generating more income and lowering the public service costs, as they were healthier. I would be very wary about turning it into a loan, because a loan rewards the entrepreneurial and therefore would increase the inequality in the villages. Where there was a basic income, it didn’t sort out the potential winners from the losers, it increased community solidarity”.

Professor Sandel is asked to talk about the role of work and the importance of paid work. “We tend to think of work primarily as a source of income, but work is also a source of meaning, an identity. The debate about basic income forces us to debate about the social meaning of work,” he explains.

There are two basic arguments for a UBI that are fundamentally distinct, according to Sandel: the ethical argument, which suggests that one can still choose to work and contribute to society, and the compensatory argument (from Silicon Valley), which sends the message that one is compensated for accepting a world without work and contribution to society is no longer of value.

Standing responds to Sandel’s view: “We need to reconceptualise what we mean by work. I believe the technical revolution is actually creating more work. The only problem is that it is not being remunerated, so it is contributing to growing inequality. The reason why Silicon Valley types are worried is because they think income is going to the owners of the robots and the others are going to be without an income.”

“The affordability question is a very easy one to answer,” Standing replies to a question asked by the chair. “Somehow, with Quantitative Easing [QE], the US government managed to fund Quantitative Easing of 475 trillion dollars. If that money had been used to pay a basic income, every American household could have received 56,000 dollars. That is just one little example. But I strongly believe that we must frame basic income as paid from rentier capitalism and from rentierism. Because at the moment the corruption of capitalism about which I’ve written is primarily because the returns to property and intellectual property and the rentier incomes from natural resources are going to a tiny minority – and we need to be sharing that.”

Scott Santens, “Why we should all have a basic income”

The World Economic Forum has published an article on unconditional basic income (UBI) by prominent advocate Scott Santens as part of its 2017 Annual Meeting, commonly referred to by its location, Davos.

Santens’ article explains the concept of UBI for newcomers and tackles common reservations and misconceptions. Responding, for instance, to those who argue that it is wasteful to provide a UBI to those who don’t need it, only to recoup this amount in taxes (as prominent economist Thomas Piketty does in a recent blog post), Santens draws an analogy with seat belts. He claims that, while it could be said to be similarly wasteful to install seat belts in the cars of drivers who never crash, “we recognize the absurd costs of determining who would and wouldn’t need seat belts, and the immeasurable costs of being wrong. We also recognize that accidents don’t only happen to ‘bad’ drivers. They can happen to anyone, at any time, purely due to random chance. As a result, seat belts for everyone.”

Beyond defending UBI against such practical critiques, Santens encourages imaginative thinking about its far-reaching implications, outlining some aspects of its transformative potential: “UBI has the potential to better match workers to jobs, dramatically increase engagement, and even transform jobs themselves through the power UBI provides to refuse them.“

The World Economic Forum is a nonprofit foundation, “committed to improving the state of the world” through public-private cooperation. Its flagship annual meeting in Davos, Switzerland, recently included a panel on basic income, featuring Guy Standing, cofounder of BIEN.

Scott Santens, “Why we should all have a basic income“, World Economic Forum, January 15, 2017.