Alex Gray: “This is our chance to completely redefine the meaning of work” 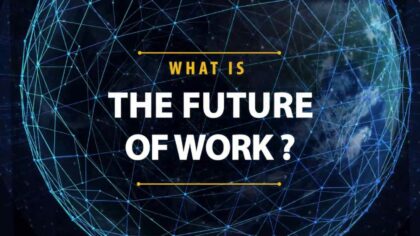 This article by Alex Gray summarizes a presentation given by historian Rutger Bregman at the annual meeting of the World Economic Forum in Switzerland, January 2019.

Bregman would like to see ‘work’ redefined as ‘activity which adds value to society.’  He sees the starting point for this as more general recognition that some jobs are socially useless (at best). Bregman quotes Jeff Hammerbacher, an early employee of Facebook who apparently said: “The best minds of my generation are thinking about how to make people click ads.  That sucks.”

Bregman’s interest in an UBI is twofold.  Firstly, it would enhance individual quality of life by removing the necessity to work for money.  Secondly, workers whose jobs are poorly paid but socially useful would be freer to draw attention to this fact by withholding their labour.

He rejects the further argument that an UBI will be necessary to offset the inevitable replacement of human beings by technology: “Automation throughout history has never meant mass unemployment.  We should never underestimate the power of capitalism to come up with more socially useless jobs.  Theoretically, it’s possible we will all just be pretending to work.”

Bregman doesn’t engage with economic arguments around the feasibility or impracticability of an UBI, so much as the ‘hearts and minds’ aspects: “The obstacle is not about economics or technology, it’s ideology.  We have to redefine so many of our basic concepts.”  According to Bregman, “We’re all basically nice, meaning-seeking creatures, and if you assume the best, that’s what you get out.  It’s the power of expectation…. The first time I wrote about basic income was five years ago, and back then no one was talking about it.  Now the idea is everywhere and there are experiments around the globe.  The first talks I gave were for small groups of anarchists and now I’ve been invited to the World Economic Forum.  It just shows how ideas change the world. Life-changing ideas never start in Washington, Westminster or Davos, they start at the fringes. In a basic income society, wages would better reflect societal value, and kids would live out their dreams.”

Alex Gray, “This is our chance to completely redefine the meaning of work”, World Economic Forum,  January 9th 2019

Leave a comment future of work, Rutger Bregman, World Economic Forum
The views expressed in this Op-Ed piece are solely those of the author and do not necessarily represent the view of Basic Income News or BIEN. BIEN and Basic Income News do not endorse any particular policy, but Basic Income News welcomes discussion from all points of view in its Op-Ed section.