Here you can get to know our BI News writing team more closely and contact us directly: 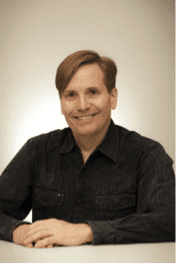 Karl has written and worked on Basic Income since 1997. He holds two doctorates, one in economics, one in political theory. He’s written more than 30 peer-reviewed articles, many of them about basic income. He has written or edited six books including “Independence, Propertylessness, and Basic Income: A Theory of Freedom as the Power to Say No.” He was the editor of the U.S. Basic Income Guarantee Network’s NewFlash from 1999 to 2014, and he is one of the founding editors of Basic Income News (binews.org).

André is an active member of Basic Income Portugal (Basic income Earth Network (BIEN) member). He is also a correspondent, editor and official member of BIEN Executive Commission. He also serves as a translator at the Architects & Engineers for 9/11 Truth Movement.

André has a PhD and Post Doc in Civil Engineering (construction materials; construction and demolition waste), from the Lisbon Technical Institute. He has several publications in national and international scientific journals. He is the founder and engineer at Ecoperfil, designing and promoting sustainable urban systems. In addition to this, André is a musician: a double-bass player with MPex with a background from Hot Clube de Portugal jazz school.

André can be reached by email at: ascmenow@gmail.com

Jenna van Draanen is pursuing a PhD at the University of California Los Angeles, and has been a writer for BI News for the past 5 years. Most of her research and evaluation interest and experience are in the fields of mental health, addiction, and homelessness. Jenna became interested in the concept of basic income during her master’s degree and continues to advocate in both a personal and professional role for the alleviation of poverty and income security for all. Jenna has worked extensively on research projects with people who have lived experience of poverty, and is personally dedicated to creating a truly inclusive society.

Jenna can be reached by email at: jennavandraanen@gmail.com

Josh Martin is a recent graduate of the London School of Economics and Political Science where he received an MSc in Social Policy and Planning and wrote his dissertation on the Universal Basic Income as a possible solution to the problems facing the Universal Credit in the UK. Prior to LSE, he attended St. Olaf College in Northfield, Minnesota, and is originally from Decorah, Iowa.

Josh can be reached by email at: joshedwardmartin@gmail.com

Toru joined the Basic Income Earth Network in 2004 and currently serves as a member of its executive committee. Toru has written books and papers on Basic Income since 1999. He conducted an oral historical research on a British working class feminist movement that demanded Basic Income, succeeded to make it one of official demands of the British Women’s Liberation movement in 1970s, then was erased from historiography. He is a professor at Doshisha university, Kyoto, Japan, and a life member at Clare Hall, Cambridge, U.K.

Toru can be reached via https://doshisha.academia.edu/ToruYamamori

Tyler Prochazka, features editor
Prochazka started volunteering for the BI News in 2015. Since 2016, Prochazka has been the features editor for BI News and runs the UBI Podcast and Libertarians for Basic Income. He has concentrated much of his basic income research on Asia Pacific countries. Prochazka is a leader of UBI Taiwan and organized the first Asia Pacific focused basic income conference. He completed his bachelors degrees at Western Kentucky University in International Affairs, Economics, and Asia Religions and Cultures. He is currently completing a Master’s in Asia Pacific Studies at National Chengchi University with the Fulbright program.

Prochazka can be reached at ubipodcast@gmail.com or at Twitter @typro

Some of our other regular BI News writers include: