Arguments for UBI were presented at the Constituent Assembly in Chile 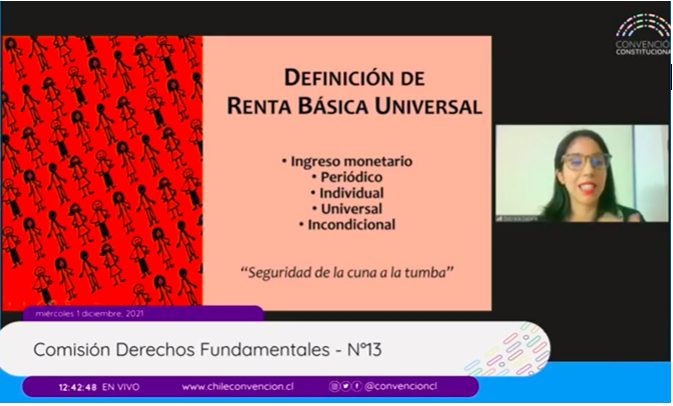 On the 1st of December, the Comission of Fundamental Rights received the president and secretary of the Chilean Basic Income Network (Red Chilena de Ingreso Básico) Gabriela Cabaña and Cristóbal Ramos. The intervention included the justifications of basic income as a right that should be guaranteed in the new constitutional order, as part of a wider re-articulation of the state. It also included legal considerations and different ways in which Chile’s current legal order supports the constitutional consagration of a basic income. The presenters also answered questions from members of the Convention.

The constitutional convention will present a new constitution for national approval via referendum next year. You can watch the full intervention (in Spanish) here