An article on Basic Income funded by sovereign money

Geoff Crocker has published an article in the Real-world economic review: ‘Inequality and the case for UBI funded by sovereign money‘

The current economic system is generating increasing inter-personal inequality in income and wealth. This is well documented by several observers, including others in this collection of essays, such as James Galbraith, and not least Thomas Piketty in his two books and on-line database … . I therefore don’t intend to rehearse the data analysis of inequality in this brief paper, but to take it as a working assumption. My aim rather is to locate causes of inequality, and to consider whether universal basic income (UBI) can claim to alleviate inequality … . The main focus for evidence is the UK, but the issues generalise. … 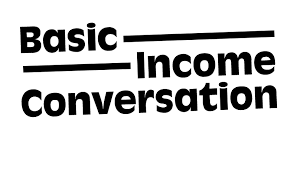 The UK: A Summer discussion series

The Basic Income Conversation is launching a Summer Discussion Series on Basic Income. It’s a 3 part series that explores the Future of Work, Pilots, and Monetary Financing – some of the most talked about subjects when it comes to UBI.

The first event is on Wednesday 15th July, 6.30pm on Basic Income & the Future of Work. It’s hosted by Prof Nick Pearce (IPR at University of Bath) who’s joined by author Daniel Susskind and Director of Future of Work Anna Thoma

The second will be on Monday 27th July, 6.30 p.m. on Basic Income Pilots: Learning from Finland and Scotland: Michael Pugh, the Director of the Basic Income Conversation, will be joined by Olli Kangas (University of Turku, Finland) and Paul Vaughan (Fife Council)

The third event will be on Money on Monday 10th August, 6.30pm on Paying for Basic Income: Monetary Financing and Sovereign with Frances Coppola, Geoff Crocker, and Emma Dawnay.

The series is a preparation for launching a Research Network in the Autumn which aims to bring together researchers and academics working on UBI.

London School of Economics article about the importance of research

The London School of Economics has published an article about the importance of research, ‘The Basic Income debate needs high quality research’.

During the past few years, increasing employment insecurity has fuelled growing interest in the idea of a Basic Income (also known as a Universal Basic Income, a Citizen’s Income, or a Citizen’s Basic Income): an unconditional income for every individual. The coronavirus crisis, which worsened both employment and income, intensifies that interest in Basic Income yet further. Debate about social policy needs high quality research, using the best available tools. ...

Our work provides just one example of a Recovery Basic Income and of a feasible permanent Basic Income to follow it. In the context of the lively debate about Basic Income, alternative illustrative schemes will no doubt emerge. What is essential is that the best possible research methods should be employed to evaluate them.

The idea of universal basic income (UBI) has been attracting increasing attention globally over recent years. However, research on the individual and institutional determinants of UBI support is scarce. The present study attempts to fills this gap by analysing workers’ attitudes towards UBI schemes in 21 European welfare states and focusing on the roles of precarious work (i.e. part-time work, temporary employment, low-skilled service employment, and solo self-employment) and unemployment benefit generosity (i.e. net replacement rate, payment duration, and qualifying period). We estimate fixed and random effects logistic models by merging country-level institutional data with the European Social Survey Round 8 data collected in 2016. The findings show that temporary employment is associated with positive attitudes towards UBI schemes, whereas other types of precarious work do not have significant influences. In addition, the results reveal that the more generous a country’s unemployment benefits, the less likely are workers in that country to support UBI schemes.

FEPS (the Foundation for European Progressive Studies) has published the results of a wide-ranging opinion survey:

Across the EU14 a plurality of citizens support the idea of universal basic income. Respondents who fully agree (24%) and are somewhat supportive (22%) led to a combined total of 46 per cent. Those who are fully opposed (15%) and somewhat opposed (14%) were 29 per cent of the total sample.

At the Member State level, support for UBI is highest in Germany (62%) and lowest in Portugal (35%). These numbers are in line with our previous survey results that showed currently Portuguese have greater faith in the promise of hard work and entrepreneurship than Germans. …

The public is only just beginning to form opinions on this matter. Awareness is largely driven by the media with attention-grabbing headlines capturing the public’s imagination as politicians warily enter the debate.

This burgeoning understanding about UBI’s meaning and real-life application is reflected in the largely even spread of responses across the agree to disagree spectrum. It is also seen in the fact that every fourth respondent (25%) did not have an opinion about or have mixed feelings toward UBI. …

To read the full report, click here. The section on Basic Income starts on page 66.

At a presentation on Wednesday 6th May, Kela, the Finnish social security agency, gave further results from the first year of its Basic Income experiment.

During the first year of the trial there was no statistically significant change in employment market activity among the trial sample. Analysis of the data generated by the second year of the experiment has now shown that, for the trial group, employment rose on average by six days between November 2017 and October 2018. Larger increases were experienced by families with children, and by individuals whose mother tongue was not Finnish. Evaluation of the second year’s employment data had been complicated by the implementation of a more activation-oriented social security system for unemployed individuals half way through the experiment, which means that changes in employment market behaviour will have been affected by various consequences of the new policy as well as by the unconditionality of the trial group’s unemployment benefit.

The response rate to survey questions about wellbeing was predictably low, but it had still been possible to conclude that, compared with 5,000 randomly selected individuals from the control group, the trial group had experienced a higher rate of generalised trust, less stress, less depression, less bureaucracy, less financial stress, and better cognitive functioning.

From interviews with 81 recipients of the Basic Income, it was discovered that some had experienced a wider variety of participation in society outside employment, and that a sense of autonomy had increased.

The researchers had concluded that wellbeing effects were more significant than employment market effects, which mirrored results from experiments with different but similar mechanisms in Canada and the Netherlands.

A telephone survey to gauge public opinion after the experiment had found that 46% of respondents believed that a Basic Income should be introduced.

Still to do: a report in English; a report on experiment participants’ use of other social benefits and services; and a study of the reasons for individuals with a non-Finnish mother tongue had been disproportionately enabled by their Basic Incomes to gain new skills and find employment.

To see a recording of the presentation, click here.

The final report can be found here. An English summary will be found on the last few pages, starting on page 187.