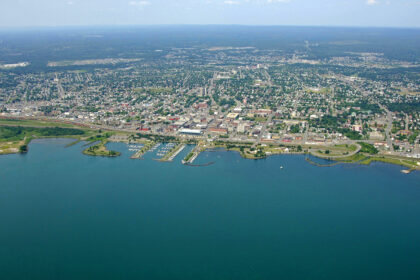 Basic Income seems to be a hot issue to debate at the local elections run in Thunder Bay (Ontario, Canada). Ever since the cancellation of the Ontario basic income pilot project, by the Doug Administration, discussions over basic income type of policies have been growing in number and intensity. Thunder Bay was one of the localities over which the pilot was being run.

At Thunder Bay’s Chamber of Commerce, last week on October 9th, political candidates from all six colors (Liberals, Conservatives, NDP, Greens, People’s Party and Liberatarians) agreed, at least in principle, on the necessity of implementing a basic income over time. Although differences existed between the candidate’s approach to it, all agreed that something needed be done about poverty in Canada, and that people needed assistance to cope with the ever-changing nature of work and life challenges. The Libertarian candidate, though, underlined that, according to him, basic income was unlikely to be implemented in Canada within the next four years. The Ontario interrupted basic income pilot project was mentioned several times over the event, since it represents the most palpable reference as a basic income experiment within Thunder Bay’s territory.

One comment Canada, elections, Thunder Bay
The views expressed in this Op-Ed piece are solely those of the author and do not necessarily represent the view of Basic Income News or BIEN. BIEN and Basic Income News do not endorse any particular policy, but Basic Income News welcomes discussion from all points of view in its Op-Ed section.