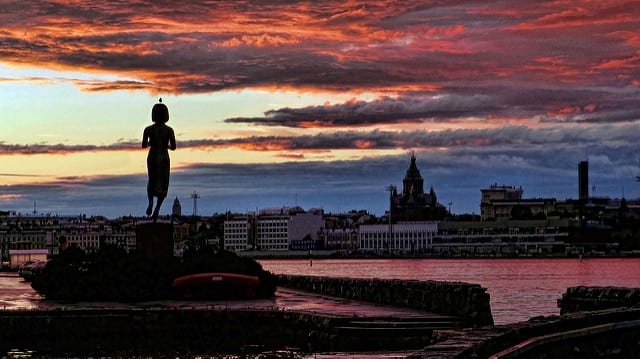 On Tuesday, May 9, an article published in The Independent alleged that Finland’s Basic Income Experiment has already produced evidence that unconditional payments lower stress and improve mental health for unemployed Finns.

This widely shared article generated rumors that the Finnish government has released the first results of this two-year pilot study, which commenced on January 1, including the above findings. These rumors are inaccurate, and the present post aims to address this misconstrual.

Directed by Kela, the Social Insurance Institution of Finland, Finland’s nationwide pilot study of basic income generated widespread international interest from its announcement in 2015 to its launch at the start of 2017. In its current design, the experiment is restricted to those between ages 25 and 58 who were receiving unemployment assistance at the end of 2016. Nonetheless, it differs from several other contemporary so-called “basic income experiments” in that the experimental group–consisting of 2,000 randomly selected individuals from the above target group–receives cash payments (€560 per month) that are indeed unconditional, individual, and not means tested (compare, for example, to the experiments planned or underway in Ontario, the Netherlands, Barcelona, and Livorno, Italy).

Many basic income supporters and followers are, no doubt, eagerly anticipating the results of this experiment, which will continue through December 31, 2018. Here, though, it is important to keep in mind several caveats–especially as rumors of initial results begin to surface.

In a blog post published in January, in response to the widespread media attention directed at the experiment, research team leader Olli Kangas and three colleagues explain that publishing any results during the course of the experiment runs the risk of influencing participants’ behavior:

A final evaluation of the effects of the basic income can only be made after a sufficiently long period of time has elapsed for the effects to become apparent. The two-year run of the experiment is not very long for changes in behaviour to materialise. The potential of the experiment, short as it is, to provide reliable results should not be undermined by reporting its effects while it is underway.

2. Kela will conduct no questionnaires or interviews of participants while the experiment is in progress.

As the same blog states, the researchers will minimize their reliance on questionnaires and interviews to gain information about study participants–again to minimize the effect of observation on behavior–relying instead on data available from administrative registries. If any individual questionnaires or interviews are used, they “will not be conducted without careful consideration, and not before the experiment has ended.”

3. Analysis of the experiment will focus on labor market effects.

A major reason for the Finnish government’s interest in basic income has been the policy’s potential to improve employment incentives (in contrast to Finland’s current unemployment benefits, which are reduced by 50% of earned income if a recipient takes a part-time job and which demand much bureaucratic oversight of individuals). Correspondingly, a main objective of the experiment, as stated by Kela, is to determine “whether there are differences in employment rates between those receiving and those not receiving a basic income.”

Some basic income proponents have criticized the Finnish pilot for its lack of attention to other potential beneficial effects of basic income, such as its effects on individual health and well-being; however, Kela has no current plans to examine such effects.

It is in this context that we must read The Independent’s recent article “Finland’s universal basic income trial for unemployed reduces stress levels, says official.”

As its data, the article quotes Kela official Marjukka Turunen (Head of Legal Affairs Unit) as saying, “There was this one woman who said: ‘I was afraid every time the phone would ring, that unemployment services are calling to offer me a job’,” and, “This experiment really has an indirect impact, also, on the stress levels [of people] and the mental health and so on.”

These quotes originate in a recent interview on WNYC’s podcast The Takeaway, in an episode on automation and the future of work, in which host John Hockenberry interviewed Turunen about Finland’s basic income experiment, having presented basic income as a possible policy response to technological unemployment. After stressing the potential of basic income to promote employment (by avoiding the welfare trap and reducing bureaucracy and paperwork), Turunen related the anecdote above in reply to a question in which Hockenberry turned about the effects of basic income on feelings of confidence and self-respect.

Thus, it is important not to mistake this unsolicited feedback from experiment participants for official and formal results–which are still more than a year and half away. As Turunen comments,

We do not have any results yet, not until the end of next year; these insights are coming from the customers themselves willing to talk about this in the media. And these are only insights, the results must be very carefully analyzed according to the information we only get at the end of next year.