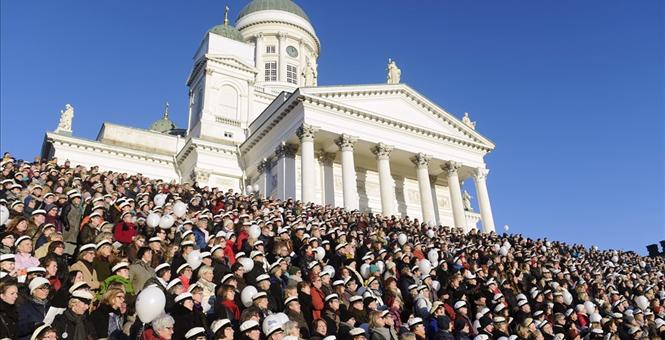 In the last week, the basic income experiment in Finland has gone viral, making headlines around the world, from UK-based Telegraph to Russia Today. Not all the reports however were correct. Here is what we know.

In a previous statement released on November 19, KELA provided additional information about the experiment. It highlighted four objectives behind the program. It aims to find feasible options for an overhaul of the social security system in response to labor market changes. Some of these trends include the growth of temporary contracts and freelance work that is not covered by the current work-based benefits structure. The experiment will also explore how to make the system more effective in terms of providing incentives for work, and avoiding the poverty trap – benefit recipients are discouraged from taking up employment, if the additional income received from a job is only marginally higher than means-tested benefits. Another goal is to reduce bureaucracy and simplify complex and costly procedures for administering benefits.

The experiment will be carried out in a context marked by three years of economic downturn, which has led to rising unemployment and pressures on public spending. The current center-right government took office after general elections in April this year, and is carrying out a wide-ranging program of cuts that will affect education, health and welfare provisions.

A working group has been created with the task of providing a preliminary study that will lead to the actual experiment. The study will identify a model for basic income to be tested. The experiment will evaluate the effects of giving a basic income to members of different population groups, and produce an overall cost estimate.

The preliminary study is a collaboration between Kela’s Research Department, the Universities of Helsinki, Tampere, Turku and Eastern Finland, the Sitra Innovation Fund, the think tank Tänk, and the VATT Institute for Economic Research. Kela’s research director Professor Olli Kangas is the project’s head. The study is already under way. A decision by government on the details of the basic income experiment is expected in the second half of next year. The experiment is scheduled to start in 2017.

The American news website Vox published a PowerPoint presentation by Kangas that highlights some of the issues currently under discussion in the working group. BIEN-Finland President Otto Lehto stresses that this should be read as a general indication, rather than an official position of government or the working group.

The government has set aside 20 million euros for two years for the experiment. There are several options that the working group will consider. The first is a full basic income, where the amount paid to participants would be high enough to replace “almost all insurance-based benefits”, hence a significant monthly sum. As in other European welfare states, Finland has an insurance system where workers receive their unemployment and pension benefits from sector-specific funds. These are usually higher than the basic benefits administered to welfare beneficiaries regardless of their occupational status. The figure of 800 euros per month circulated by many news outlets is to be read as a possibility under this option, rather than anything set in stone.

The second option is a partial basic income that would replace basic benefits, but leave intact almost all existing insurance-based benefits. The presentation notes that, in this case, the monthly sum should not be lower than the existing level of basic benefits, which is around 550 euros per month. The same figure was reported in several media without the appropriate context.

A third option is that of a negative income tax, where income transfers are made through the taxation system. Other models might also be considered, including the option of a participation income given to unemployed people as an incentive to seek additional income – this alternative is discussed by Kangas himself and Jan Otto Andersson in a 2002 paper.

The size of the sample and the geographical areas covered are other key topics to be addressed. According to Kela, the next step will be the delivery of a review of available evidence from universal basic income models tested in other countries, which will be presented to government in spring 2016. In a recent survey carried out by Kela, nearly 70% of respondents support the idea of a universal basic income, and most of them think it should be set at around 1000 euros per month.

Here is a list of relevant sources for more information:

Ben Schiller, “How Finland’s exciting basic income experiment will work – and what we can learn from it,” Fast Company, December 7, 2015.