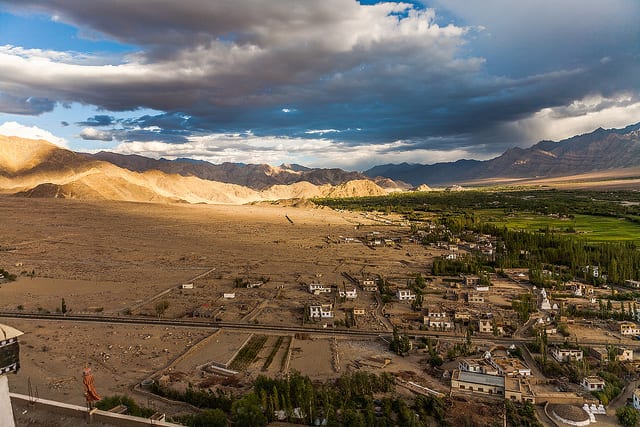 One needn’t spend too much time examining the current state basic income movement to deduce that pilot projects are en vogue this year.

Finland’s two-year experiment–in which 2,000 randomly-selected unemployed people will receive an unconditional payment of €560 per month instead of the country’s standard unemployment benefits–was launched on January 1. Several Dutch municipalities are also planning experiments, expected to begin early in 2017, in which existing welfare benefits will be replaced by unconditional benefits for current claimants. Meanwhile in Canada, the government of Ontario is finalizing its plan for a pilot study of a minimum income guarantee (most likely in the form a negative income tax), also set to commence early in 2017, and Prince Edward Island is seeking federal support to run a pilot of its own. And, in Scotland, the councils of Fife and Glasgow are actively taking steps to develop basic income pilots.

In the private sector, some organizations are not waiting for government-run pilots, and have taken it upon themselves to instigate studies. Non-profit organizations like GiveDirectly, ReCivitas, Eight, and Cashrelief have launched, or will soon launch, pilot studies of unconditional cash transfers in poor villages in Kenya, Brazil, Uganda, and India (respectively). In the states, the Silicon Valley startup incubator Y Combinator has initiated a short-term pilot study in Oakland, intended to pave the way for a larger scale basic income experiment.

And this is not to attempt to enumerate all of the various individuals, political parties, unions, and advocacy groups who have issued calls for basic income pilots in their own countries, states, or municipalities. Indeed, it has become commonplace, it seems, for basic income supporters to demand pilot studies of basic income rather than, say, just to demand a basic income straight-out.

This wave of pilot projects–with more, most likely, on the horizon–should rightfully excite basic income supporters, as well as those who are merely “BI-curious”. No doubt these studies will provide many useful and interesting data on the effects of cash transfers. At the same time, however, I caution strongly against the fetishization of pilot studies. A pilot study in itself is never a final goal–such is the nature of a pilot–and such a study is neither sufficient nor (presumably) necessary to secure the implementation of basic income as a policy. Furthermore, significant dangers can arise from a narrow and myopic focus on the goal of running pilot studies.

The first problem is this: excessive attention to experimentation threatens to trigger the presupposition that the question of whether basic income should be adopted is a question subject to experimental evaluation. To be sure, even if one is antecedently convinced that a basic income should be adopted, there are many reasons for which one might run a pilot study. It could, for example, help to identify and resolve potential hitches in implementation. But, more commonly, pilot studies are framed as mechanisms for determining whether a basic income is desirable in the first place. Skeptics and supporters alike speak in terms of finding out whether basic income “works”. The experimental approach tend to invoke an instrumentalist view of basic income as policy: the policy should be adopted if, and only if, it is more effective than other candidate policies in achieving certain socially desirable outcomes.

I would contend that this instrumentalist view should be rejected. We can remain neutral on this point, however, and assert only that the debate surrounding the justification of a basic income is severely and artificially constrained by the implicit assumption that this justification rests on empirical grounds. (And, specifically, empirical grounds amenable to testing in a pilot study!) Consider, for example, the view that all individuals deserve a share of society’s collectively generated wealth, unconditionally, merely in virtue of being a member of that society. On this view, it would be entirely beside the point to run an experiment to determine whether a basic income is justified.

If individuals are owed an unconditional basic income simply as their right–whether as a share of a common inheritance, as a condition on individual freedom, or as a realization of a right to the means to survival–then asking whether basic income “works” has the flavor of a category mistake. It is a nonsensical question to ask. (Conversely, if we assume that the question does make sense, we implicitly rule out the position that a basic income is simply a basic right.)

At this point, perhaps, the activist might say, “I don’t need experimental evidence to pursue me that a basic income should be adopted. Policymakers, however, do–and basic income experiments are the best way to convince policymakers that basic income ‘works’ according to the their criteria.” But this maneuver, I believe, goes to far to countenance whatever criteria policymakers use to judge the “effectiveness” of basic income.

In many cases, the goals deemed valuable in status quo politics–increases in jobs, increases in consumption, increases in economic growth–can themselves be called into question (and, I would argue, ought to be). Yet these conventional goals are likely to guide researchers and policymakers in their selection of “success conditions” of basic income experiments. Finland’s experiment, for example, has been designed specifically to assess whether employment increases with the replacement of means-tested unemployment benefits by unconditional transfers.

Indeed, I believe that a main reason to agitate for a universal and unconditional basic income is to challenge conventional social and political values, such as (especially) the Protestant work ethic. To allow to those same conventional values to provide the metric of whether basic income “works” is to subvert this critical role of the movement.

In a worst case scenario, a pilot study could lead policymakers to categorically reject basic income on the grounds that the policy has been shown to be associated with politically undesirable outcomes, when there is reasonable dispute over whether these outcomes are genuinely undesirable. There is some historical precedent here: in the 1970s, experiments of the negative income tax were held in several US cities; however, they were widely dismissed as failures in light of reports that they showed the policy to be associated with a decrease in work hours and increase in divorce rates [1].

There is, to be sure, much to anticipate in basic income research in 2017. But our excitement and fascination at empirical studies mustn’t overshadow the basic normative question of what society should be like. It is only by keeping sight of this latter question that we can properly contextualize the demand for basic income (if any) and, in turn, the role that can be served by pilot studies (if any).

[1] See, e.g., Karl Widerquist, “A Failure to Communicate: What (If Anything) Can we Learn from the Negative Income Tax Experiments?” The Journal of Socio-Economics (2005).

This article was originally written for an editorial in USBIG Network NewsFlash, but posted here instead due to word length.