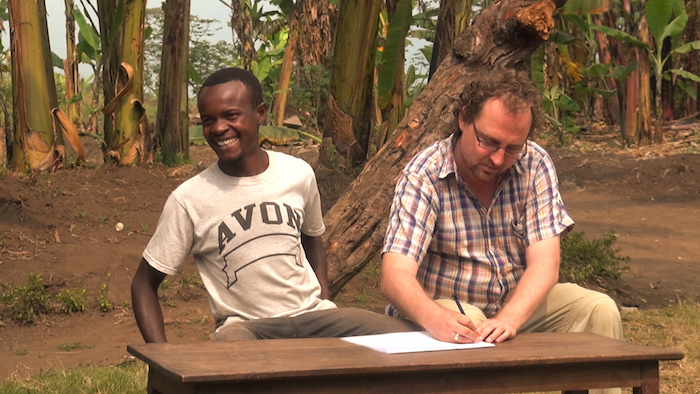 Eight, a charitable organization based in Belgium, is preparing to run a basic income pilot in Uganda (as previously announced in Basic Income News). The two-year pilot is set to launch in January 2017, and will form the basis for a documentary. 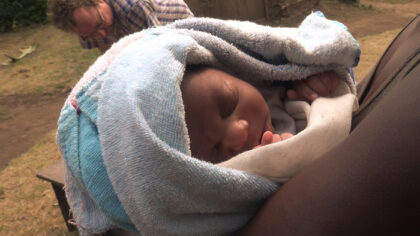 Documentary filmmaker Steven Janssens and sociologist Maarten Goethals founded the charity Eight in 2015, with the vision of reducing global inequality and allowing all people the opportunity to flourish. Eight euros per week is the amount needed to provide a basic income for one adult and two children in impoverished areas, such as parts of Uganda.

According to Janssens, the founders were inspired partially by their own experiences in work and travel, and partially by research and writing on basic income — including the writings of Philippe Van Parijs, Sarath Davala and Guy Standing’s book on the Indian basic income pilots (Basic Income: A Transformative Policy for India), Rutger Bregman’s Utopia for Realists, Eldar Shafir and Sendhil Mullainathan’s Scarcity: Why Having Too Little Means So Much, and the results of other basic income pilots, such as those in Dauphin and Namibia.

As a first step towards its vision, Eight is preparing to launch a pilot study in the Fort Portal region of Uganda in January 2017. The two-year pilot will involve the distribution of unconditional cash transfers to all residents of an undisclosed village of 50 households.

Eight officially registered the village for the pilot in July, and marked this accomplishment by publishing video footage (a “moodclip”) from the location:

The amount of the basic income has been fixed at approximately 30 percent of the average income of lower-income families in Uganda (read more about the decision here), amounting to 18.25 USD per month for adults and 9.13 USD for children (small changes to adjust for inflation are possible before the pilot is launched in January). Eight is cooperating with a local bank and local telecom operator to arrange for the disbursement of payments using mobile phones. 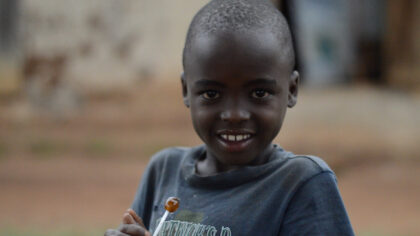 The organization will be primarily investigating the impact of the basic income along four dimensions: education participation of girls and women, access to health care, engagement in democratic institutions, and local economic development.

Anthropologists from the University of Ghent, Belgium, are helping to develop and conduct a study of the effect of the basic income, and are presently collecting data on the state of the village prior to the initiation of the pilot. They will compare these initial data with data collected during and after the basic income intervention.

Janssens emphasizes that the study is truly a pilot — intended to inform more and larger basic income trials: “Important to mention is that it is really a pilot project. From our experiences with this pilot we will learn and adjust where necessary, because in the long term we want to scale-up to more villages as our organization grows.” He adds that, after two years, “the priority of Eight will lay in the possibilities to scale up in a good way.”

Village One: The Documentary

Eight does not only plan to publish the results of the pilot study in journals. In addition, it will create a cinematic documentary, Village One, which will trace the story of the introduction of the basic income and its effects on the community over the course of the study.

Currently, Village One is anticipated to be released in October 2018. Janssens — who describes the documentary as “like a siamese twin” to the pilot — plans to disseminate it through television, the Internet, and film festivals.

Musician and actor Jenne Decleir has already begun composing the soundtrack to Village One. In a short video, Decleir encourages others to join the cause and donate eight euros a week (“the cost of three servings of french fries, without any sauce”):

Eight has received a sufficient amount in contributions to fund the entire first year of the pilot and two-thirds of the second. At present, Eight is still collecting donations for the remainder of the second year and the documentary. 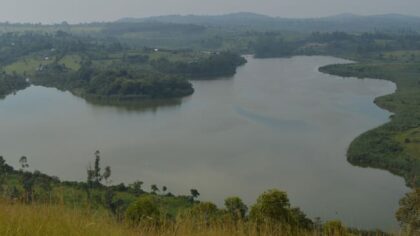 Thanks to Steven Janssens for input on this article and Genevieve Shanahan for review.