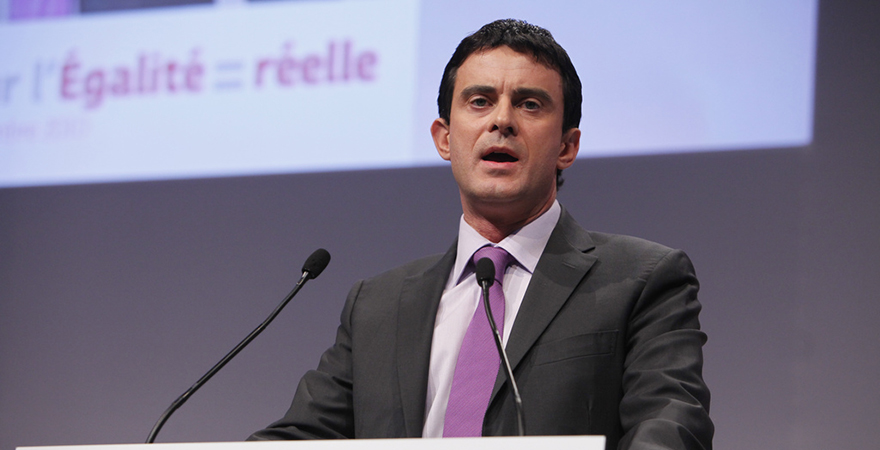 Twice in a week, the French socialist Prime Minister raised the topic of basic income, pledging to open up the discussion on how to modernize the country’s welfare system.

Updated on 26/10 after Nicolas Sarkozy’s statement on basic income.

For a second time this week and third time this year Manuel Valls, the French Prime minister, mentioned basic income as a possible way forward.

In a statement on his Facebook page, the minister said: “We need to open up new paths. Here is one: a universal income, a single benefit, open to all starting from 18, replacing a dozen existing benefits. The government will engage a dialogue with all stakeholders in order to build a flexible, simple and therefore more efficient solution for all individual situations. I think this debate should be opened. In order to go further! To reinforce our social model!”

“We know how much complexity increases inequality. Having access to a minimal income should not be an obstacle race,” Valls also said earlier this week at a ceremony in remembrance of Michel Rocard, a prominent figure of French Left and spiritual father of the RMI, the first minimum income scheme implemented in France in 1988.

Back in April, Valls made strong commitments to modernize and simplify the welfare system in France. This happened after the Government published a report outlining bold recommendations to simplify and modernize France’s welfare system. Although the report doesn’t endorse basic income, it provides an in-depth analysis of the idea, and offers ambitious policy proposals that could pave the ways towards UBI. In particular, it proposes to extend the eligibility criteria of the current minimum income scheme to people from 18 to 25 years old, to make benefit payments automatic, and to partly individualize the benefits.

At the time, Valls committed the government to look into the proposals and speed up the implementations of the proposed measures.

However, the Prime Minister has always been ambiguous in defining “basic income”. Speaking of a “universal income” in an earlier confused statement this year, he made it clear that he believed that such a system should be means-tested. According to him, universal income should not be “paid to everyone including those who have sufficient income – it would be too costly and meaningless – but a targeted grant to all of those who really need it.”

Race to the elections

With the French general elections in the horizon (May 2017) and the primaries campaign hitting the media everyday, French politicians are quickly joining the basic income camp, especially on the Left.

Already several candidates have publicly supported basic income in the context of their Party primaries. In the Greens, all candidates support the measure (Karima Delli, Yannick Jadot, Michèle Rivasi, Cécile Duflot). In the Socialist Party, Benoît Hamon recently announced his strong support for the idea. Emmanuel Macron, who recently left his post as Minister of the Economy to focus on his electoral campaign also said he is interested in the idea.

Among the conservatives, MP Frédéric Lefebvre has become a vocal UBI supporter and was intending to run as candidate for the Party’s primaries, but he did not collect enough sponsors. In the meantime, former President Nicolas Sarkozy who is trying to make is political come-back and run the election again said he is against UBI. However he is in favor of a single benefit scheme which would be a move towards UBI. ” I want those who live on the welfare state to be obliged to accept a job, a training or to do volunteering for the community” Sarkozy explained.

Other socialist candidates including Jean-Luc Bennahmias, Arnaud Montebourg and Marie-Noëlle Lienemann are also known to be sympathetic to the idea but have not made committing statements so far.

Behind the growing fear of the rise of the Far-right’s Front National, chances have never been so high for France to seriously look into the the possibility to adopt a basic income, or at least to implement paving stones towards it.