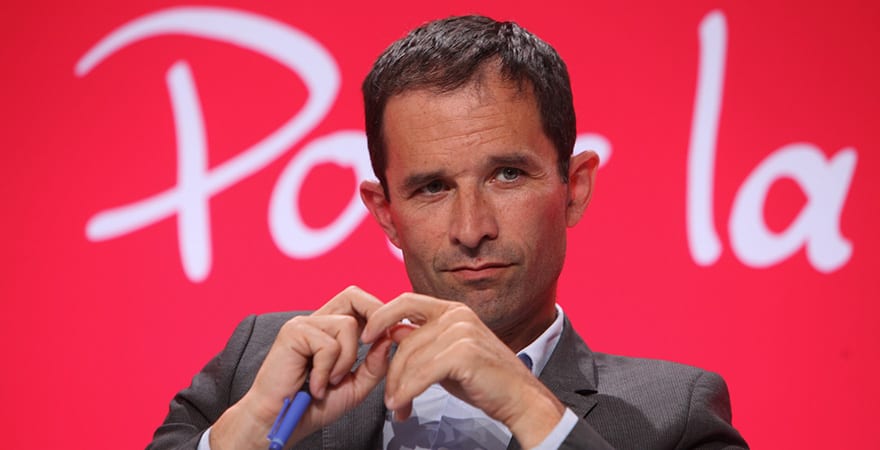 Vocal supporter of basic income, Benoit Hamon came out first in the first round of the socialist primary. He now stands a serious chance to become the Socialist candidate for the French presidential election.

Update 30/01/2017: As we predicted, Benoit Hamon has won the second round of the Socialist primary election. He will stand as presidential candidate for the elections.

The pro-basic income politician was designated as the winner of the first round of the French left-wing primary with 36% of the vote, ahead of the former Prime Minister Manuel Valls (31%) and Arnaud Montebourg (18%). Now he stands a big chance to become the socialist candidate in the presidential race.

Hamon immediately received the support of his fellow main competitor Montebourg for the second round of the election, which should secure his victory against the former Prime Minister Manuel Valls at the second round. The later is perceived as a pro-business and status quo candidate within the party and has lost a lot of momentum recently.

Sometimes described in the international media as the ‘French Jeremy Corbyn’, Hamon, 49 years old, was Education Minister and Minister for the Solidarity Economy under President François Hollande. He was pushed to resignation after a government reshuffle in August 2014.

Hamon’s victory comes as a big surprise as he was only polling around 11% in December. However his vibrant campaign received an increasing level of following until the finish line. In particular, Hamon made a great impression during the last TV debate, where he was designated as the best representative of the left’s values according to polls.

Hamon has developed a radically progressive platform including bold proposals such as basic income, working hours reduction, a tax on robots, a ‘popular referendum’ system similar to the one in Switzerland, the legalisation of cannabis and the recognition of blank votes (protest votes) in national elections.

However, basic income was by far the policy that has attracted the most attention – and critics. Over the past few weeks, virtually all media in France, from newspapers to TV stations, have extensively discussed the idea of the universal basic income.

Many commentators and politicians said the policy is too expensive (around 300 billions euros), This misleading criticism showed the extent to which the mechanics of the basic income is not yet well understood.

The French movement for basic income (MFRB) rejoiced the outcome of the vote. “This is a big win, not just for Hamon but also for the idea of basic income. The result of the ballot is a proof that hundreds of thousands of people in France want basic income to be in the political agenda now. Hamon’s candidacy to the presidential election will ensure the continuity of the nationwide debate on this issue,” said MFRB spokesperson Nicole Teke.

The second round of the Socialist primary election will take place on January 29.