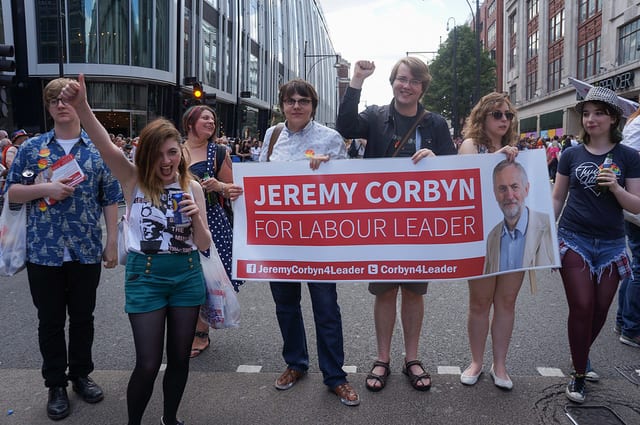 According to The Guardian, Corbyn will make the announcement during a speech in London on Thursday, September 15.

His remarks will present UBI as a potential strategy to cope with disruptions in employment caused by automation and other economic changes:

Technological changes and the so-called ‘gig economy’ can mean increased insecurity and uncertainty across our society. It is one of the reasons I am looking at policies that can help provide more security for working households. One such possible answer may be the often-discussed suggestion of a universal basic income.

He will also, according to the report, “argue that the existing economic model fails to deliver for many in Britain”.

Last month, Corbyn stated in a HuffPost interview that he is “instinctively looking at” universal basic income. Shadow Chancellor John McDonnell, who is managing Corbyn’s campaign for continuing leadership of the Labour Party, has been a long-time supporter of UBI, and has urged Labour to investigate the policy.

Meanwhile, Owen Smith–Corbyn’s challenger for Labour leadership–has rejected UBI, saying “I don’t think talking about universal basic income, however attractive an idea it is, is the answer.” A YouGov poll released at the end of August showed Corbyn leading Smith by 24 points among members of the Labour selectorate.

The result of the Labour leadership election will be announced on September 24.