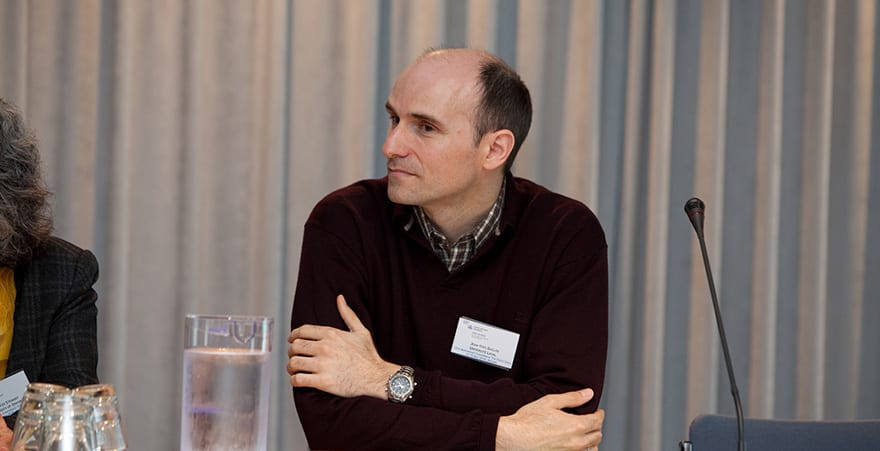 The Globe and Mail, Canada’s main centrist newspaper, reported on Friday 5 February 2016 that a federal government minister “is interested in the idea of a guaranteed [minimum] income.” Mr. Jean-Yves Duclos, the new Minister of Families, Children and Social Development, said, “I’m personally pleased that people are interested in the idea.” Mr. Duclos has a mandate to develop a federal poverty-reduction strategy.

Mr. Duclos is part of the Liberal Party of Canada, which won a parliamentary majority in the October 2015 federal election. The Liberal Party’s progressive electoral platform enabled the party to replace the Conservative party on the left and win many seats previously held by the New Democratic Party (Canada’s social democratic party) on the left. Key election promises included deficit spending to stimulate economic growth, the legalization of marijuana, electoral reform, a concerted effort to tackle climate change and a comprehensive national poverty-reduction strategy. Their strong parliamentary majority has given the party a clear mandate to pursue this progressive agenda in earnest.

However, although efforts to reduce poverty feature prominently in the official Liberal platform, a guaranteed minimum income did not. It is therefore unlikely to form part of Mr. Duclos’ national poverty-reduction strategy during the government’s current four-year term. Nevertheless, The Globe and Mail suggests that Mr. Duclos’ comments could lead to the idea’s inclusion in a future Liberal Party election manifesto. His comments would also seem to have substantial support among Liberal Party members with the 2014 Liberal Party Convention producing two major policy resolutions on a basic income.

For more details on this story see: