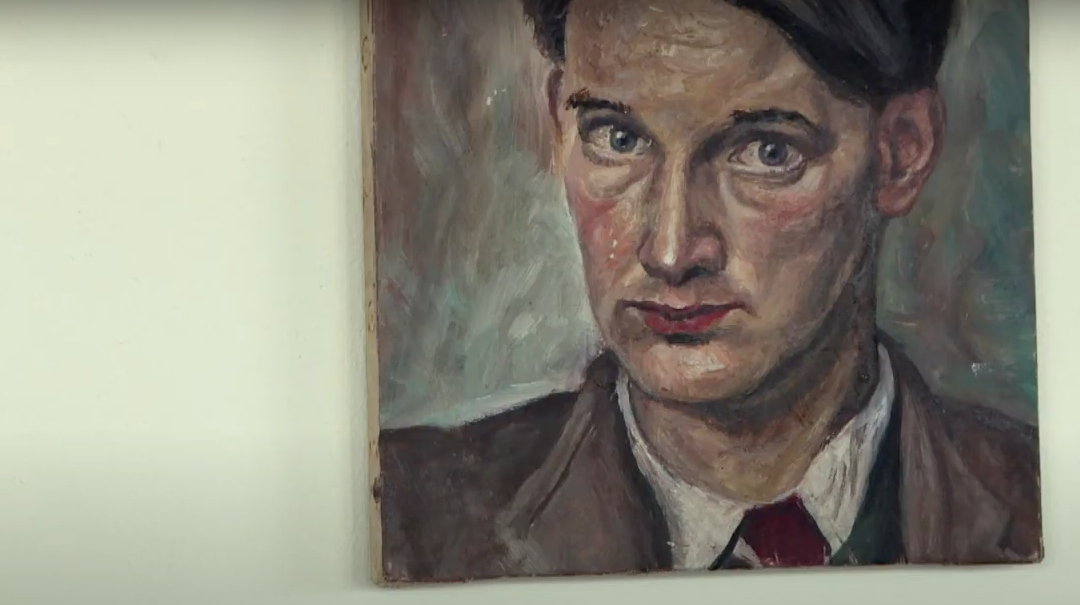 Pieter Kooistra, born in Leeuwarden, was not only an artist, but also a world improver. He founded the Kunstuitleen and advocated basic income. With the Fryslân DOK “Think the impossible”, documentary maker Anne van Slageren (info@anderevertoningen.nl) sketches a portrait of Pieter Kooistra. The ideas he developed at the end of the last century are also topical today.

“Be realistic. Think the impossible. ” These are the words of artist Pieter Kooistra (1922-1998). He wanted to stop the unequal distribution of wealth in the world and the destruction of the planet. “He was a visionary,” says Annemieke Roobeek, professor at Nyenrode Business University. After seeing images of starving children in India, Pieter Kooistra understood that art, which he describes as “the spiritual”, could not do without “the material”. He went on a journey and came up with a plan for a basic world income. Economist Annemieke Roobeek now predicts: “A basic income for everyone will one day belong to our time and the world.” She even sees a role for the European Central Bank in this.

In the Fryslân DOK “Think the impossible”, Brigitta Scheepsma, party leader of GroenLinks in the municipality of Tytsjerksteradiel, goes in search of man Pieter Kooistra and his ideas. In the Veerhuis aan de Waal in Varik, where Kooistra worked, she meets Henry Mentink, who wants to keep Pieter Kooistra’s ideas alive. She visits Terschelling, where Pieter Kooistra set up an alternative holiday colony. Former partner Trees Niekus says about this passionate man: “He was unstoppable.”

For more information about the documentary and copyright, please contact Omroep Friesland (redaksje@omropfryslan.nl) or the director (info@anderevertoningen.nl).

Hilde Latour, a long-standing basic income activist from the Netherlands, has recently made a presentation on a TEDx independently organized event, in Amstelveen, Netherlands. Latour is also a coordinator / director at Wisecolab, a forward-looking organization of thinkers, activists and technology experts, who try to bring new common good narratives to people, backed and helped by technology recent and future developments.

Summarizing Latour’s TEDx talk, the following can be said: Hilde is on a mission to create a world free of poverty. A basic income for everyone on this earth will not only eliminate poverty but will also contribute to other goals like reduce crime and increase health. It will impact us all. There is no need to wait for politicians. Innovation and technology can help to create this sustainable future.

The video can be watched here: 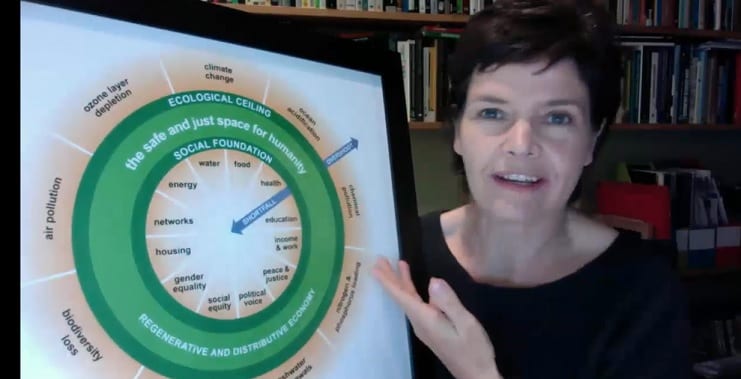 On September 15th 2018, Donut-D-Day brought together various Dutch organizations and citizens committed to integrated systemic reforms to fight climate change, socioeconomic inequality, and unstable financial systems. The organizers used Kate Raworth‘s model of Doughnut Economics to imagine possible approaches that would balance the need for minimum standards of living for all people (the social foundation), within the environmental limits of the Earth. This day was intended to be the first encounter of longer series of meetings, aiming to connect people working on themes that are strongly linked and to facilitate their integration and collaboration.

Kate Raworth was present through a prerecorded video presentation in which she emphasized how we are currently overshooting the donut on both sides, with poverty and hunger in the center of the donut, and climate change and environmental destruction on the outside of the donut. In order to eliminate human deprivation while staying within planetary boundaries, she argues we need economies that are distributive and regenerative by design. Sources of wealth creation, particularly housing & land, energy generation, enterprise ownership, money creation, and info & technology, will need to be pre-distributed. Simultaneously, we will need to work within the cycles of the living world toward a circular or cyclical economy, investing in renewables, recognizing the potentials of waste, creating systems of repair and share, and pushing for open source standards, resources, and data. She invited people to join the discussion groups on these topics on her website.

The second presenter was Harold Boven, an economist and co-initiator of the plan Courageously Forward by the Young Democrats, which is a financially covered plan for basic income that would end all poverty in the Netherlands. Harold presented data from a Dutch study (CPB, 2016) that could not find any positive results of the 6.5 billion euros invested in activating employment policy to get unemployed people into jobs. He emphasized that basic income would not lead to inflation because it is fiscally financed and does not require the introduction of extra money. According to him, a basic income of €1200/month per single adult and €300/month per child, adding €600/month per adult when sharing a household. He presented a financing mechanism to cover the 164 billion euros annual cost for such a policy, which would come from the elimination of existing welfare programs (134 billion), the introduction of lightly progressive property taxes (14 billion), environmental and energy taxes for companies (14 billion), and inheritance taxes (2 billion). Disability payments would remain untouched. Apart from the usual advantages attributed to basic income, Harold added that it is a response to the failure to the current system and dissatisfaction with the political establishment, while presenting an alternative for emerging populism.

Anne Knol, from Environmental Defense, shared her insights on what she learned about the incredible complexities of interconnections between environmental and social problems. Anne estimated that science guides about 5% of debates, while emotion, lobby, and the interests of political parties guide the rest. She argued that campaign leaders need to present appealing stories that can compete with the story of capitalism and the widely spread and accepted idea that the market should be allowed to run its course. Anne reminded the audience about the donut economics, and to the dangers of overdoing policy on the environmental front, and then affecting people on the bottom of the income scale. On the other hand, there is the fear that if people’s standards of living are risen, that could lead to more environmental excesses. Hence the need to work on both “sides” of the donut simultaneously, ensuring a just distribution of both the costs and the benefits of environmental policies. 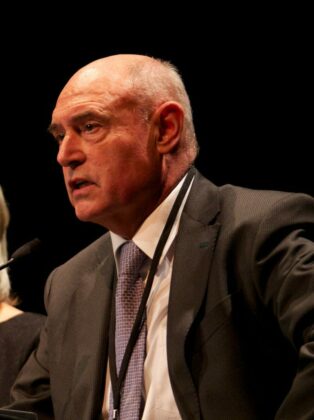 The last main speaker of the day was Klaas van Egmond, professor of Geosciences at the University of Utrecht, co-initiator of the Sustainable Finance Lab, and board member of the NatureCollege. He discussed the problems in the current configuration of our financial system and the reforms necessary to break with the types of practices that led to the 2008 financial crisis and that will result in more problems in the future in they remain unchecked. Klaas explained that, in a healthy society, the main goal is the expression and implementation of values, as supported by the economy, in turn supported by the financial system. Klaas proposed that clear boundaries between the public and the private must be reinstalled, banks must not be bailed out and cannot have the power to create money. The community misses out on 40-50 billion euros per year due to money creation by private banks. This could instead be used to fund basic income and a smooth transition to sustainability. These measures would break with the cycle of growth and collapse, lead to a stable economy, and allow for complete elimination of government debts.

The day was wrapped up by Herman Wijffels, co-chair of Worldconnectors and until last October professor of sustainability and social change at the University of Utrecht. He emphasized that our current system is socially and economically dysfunctional and has been bought by capital. According to him, we are facing the end of material growth due to the exhaustion of natural resources and are on a journey through the desert to find a new promised land. Wiiffels spoke about a new type of society, with a fairer distribution of wealth, while putting the planet first. Basic income and financial reform would be key elements in the transformation of the capitalist system. In addition, he said that we need to acknowledge that masculine values are no longer appropriate for the 21st century and we should embrace feminine values, which would mean a greater care for life, connections with the Earth and all people on it. 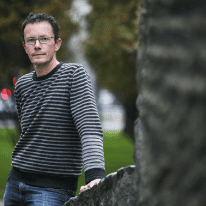 A news article posted in Flanders Today refers to a report, headed by economist Ive Marx, which concludes that introducing basic income in the Netherlands can actually increase poverty while having only a small effect on inequality.

Marx, from the University of Antwerp, concluded that introducing a 700 €/month basic income to all citizens with ages between 18 and 64, and 165 €/month to all minors would have a yearly net cost of 94 million Euros. That, according to the research, would have to be funded by extra taxes, plus cutting on unemployment and child allowances. As a result, around 75% of adult citizens would lose out financially, compared to their actual situation given the present-day benefits structure in the Netherlands. According to the study’s parameters, around 30% of the adult population would lose more than 10% of their income, which would contribute to an increase of poverty in 3%. Marx has also added that “proponents of the system must show why it is superior. You would have to be almost crazy to introduce it.”

In spite of these discouraging results, the study itself is not explicitly referred to in the article above, and no link to it is supplied. This way, base assumptions cannot be verified and a relevant discussion about it initiated. Furthermore, the author has not replied to contact attempts, which would allow to report on the study’s details, and compare it to other research reports and experiments. 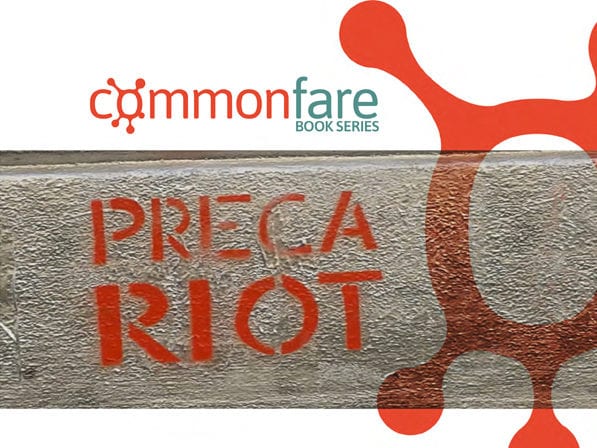