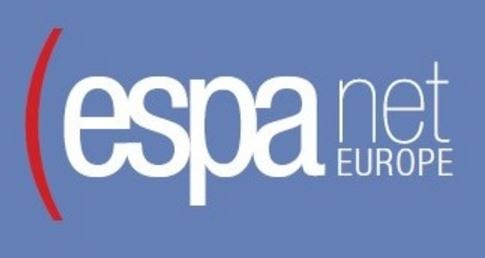 Call for papers on basic income for ESPAnet 2016 conference, Netherlands

A panel on “The Basic Income imperative: rethinking equality, inclusion and social innovation across Europe” will be held at the 2016 conference of the European Network for Social Policy Analysis (ESPAnet), September 1-3, Rotterdam, Netherlands.

The panel is convened by Bettina Leibetseder (Johannes Kepler University, Austria) and Jurgen De Wispelaere (University of Tampere, Finland). The call for papers is open to scholars in all disciplines and from a range of professional and personal backgrounds.

You can submit a paper until March 18, 2016. Click here for more information about the conference, you can submit your paper here.

You can read below the full abstract for the panel:

The idea of granting each (adult) citizen an unconditional basic income, independent of means test or work requirement, has made major strides in recent policy debates across Europe. Driven by popular initiatives such as the successful 2013 Citizens’ Initiative in Switzerland, the prominence in party-political manifestos such as Spain’s Podemos, and even government commitments such as the forthcoming 2017 basic income pilot study in Finland, basic income cannot be readily dismissed as an alternative to the policy orthodoxy of the active welfare state. It may even introduce social innovation.

Nevertheless the “basic income imperative” faces considerable challenges, and the aim of this stream is to map out these through a number of country-studies within Europe and beyond. This stream aims to advance the policy debate around basic income in several ways. First, country-level contributions may shed light on how ostensibly similar challenges harbor major differences at the level of policy design and anticipated policy effects, with particular focus on the potential contribution of basic income schemes to sustainability, equality, inclusion and social innovation. Second, country-specific analysis offers insight into distinctive structural/institutional constraints mediating policy development. Third, contributions will identify ways in which the particular constellation of policy actors, interests and opportunities shapes the political strategies to move basic income onto the policy agenda. Fourth, building on the policy feedback perspective, this stream aims to investigate to what extent competing basic income models differentiated in terms of policy goals as well as policy design negotiate common obstacles across European welfare states.

We invite contributions that examine one or more of the issues listed above within a specific country. The aim of this stream is to allow contributors to offer in-depth country analysis, which serves as precondition for future comparative research of the prospects and challenges of the basic income imperative across Europe. Although the main focus will be on European welfare states, we would consider contributions that illuminate the debate through a non-European perspective or advance a comparative or European analysis. 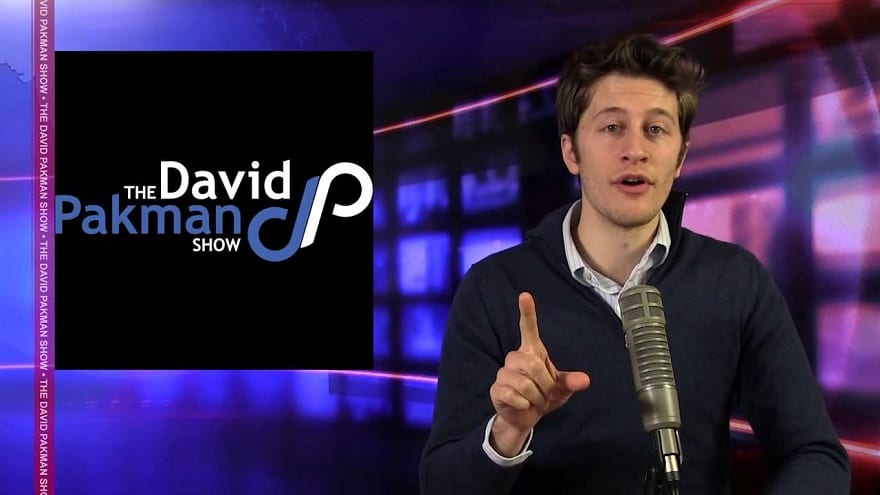 On December 11, anti-poverty activist and scholar Jason Burke Murphy appeared on the popular David Pakman Show to discuss basic income and how to implement it in the United States. Murphy is assistant professor at Elms College. He serves on the National Committee of the U.S. Basic Income Guarantee Network and the BIEN Executive Committee.

The conversation touched on the reasons for introducing a universal basic income, and the practicalities of implementing it.

Murphy traced the beginnings of his basic income activism back to his experience of working with low-income communities in Arkansas in the 1990s:

All the neighbourhoods where I was knocking doors, almost nobody had a plan that would do anything significant in that neighbourhood. The city wanted to raise taxes to build the sports arena. The federal government has weapons purchases. And every time a job program was announced, the jobs were not a significant improvement, or they just were not coming to the areas we were working in. So this seemed the only thing that would actually get to the people I was working with.

Murphy’s anti-poverty perspective shapes his views on how to implement a basic income. He noted that the bureaucracy faced by those wishing to access current welfare benefits like food stamps is extremely complex. This means that many people who are entitled to these benefits do not actually receive them. Basic income would overcome these problems, and would also eliminate the poverty trap; as it is an unconditional payment, people would not have to worry about losing their benefits when they find employment.

Murphy stressed that implementing a basic income does not necessarily entail the immediate and total phasing out of other benefits:

We could keep things like food stamps or some disability services, there is nothing barring us from doing that. But we ought to have something that unconditionally belongs to everybody.

According to him, basic income should not be part of a race to the bottom:

Murphy also stressed the need for ecological taxes as another source of financing for basic income, as this would ensure that wealth would be redistributed in an environmentally sustainable way.

Watch the full video below. 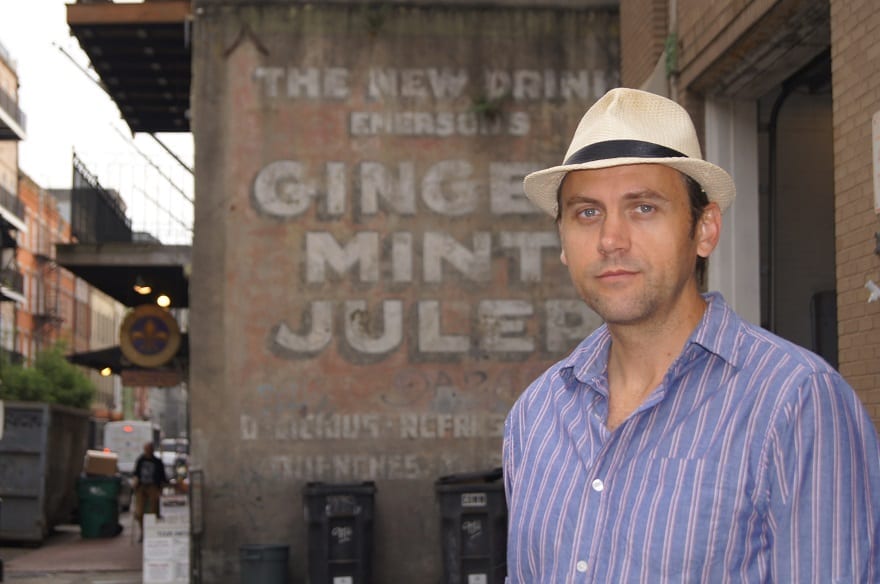 New Orleans-based writer and basic income advocate Scott Santens has become the first person to successfully crowdfund a perpetual monthly basic income. Starting his campaign on October 13, 2014 on the crowdfunding platform Patreon, Santens achieved his goal of $1,000 per month fourteen months later on December 11 with the help of 143 funders ranging from venture capitalists and Facebook engineers to women’s rights advocates and artists who all believe everyone needs a basic income.

Basic income is quickly gaining prominence in think tanks and policy circles worldwide due to growing concerns brought on by advancing technologies like self-driving vehicles and artificial intelligence, and also growing inequality. It is the idea that everyone should receive, individually and without conditions, an income floor sufficient to cover the most basic needs of life like food and shelter. All income earned through the labor market would then be earned on top of one’s basic income as additional income, and many existing government programs would no longer be required as a direct result. This idea is not new, having at one time been advocated by both Milton Friedman and Martin Luther King Jr., but today’s advocates from both the right and left think its day may have come.

“Basic Income has been taking off with incredible speed in the last few years,” says BIEN co-chair and author Karl Widerquist of SFS-Qatar, Georgetown University. “Activist movements for basic income are growing, and it’s already getting serious attention from governments in Finland, the Netherlands, Switzerland, and other places. The success of Scott’s campaign for the first crowdfunded basic income in the United States is both a reflection of the growth in the basic income movement and a catalyst for further growth as Scott’s life now demonstrates how basic income can work.”

Such a real-life demonstration is possible through Patreon. As a Kickstarter-like crowdfunding platform, but for creators instead of products, Patreon supports ongoing campaigns for content creators like musicians, artists,

bloggers, vloggers, podcasters, and photographers that are funded by fans of their work with small pledges of monthly support.

“Patreon is supporting the emerging creative class. We see a future where creators like Scott can earn a living doing what they are passionate about,” says Graham Hunter, Patreon Director of Marketing. “A recent grad from Art or Music school right now doesn’t necessarily feel confident that the value that they provide will be valued by the world; Patreon is changing that.”

Having reached his goal, Scott plans to continue his advocacy for universal basic income and has also promised to give any and all future pledges of support to others on Patreon who have pledged to do the same. This is what he calls “The BIG Patreon Creator Pledge” to assist others on Patreon in attaining their own basic incomes. “Creators want to create. Creators don’t need to be paid to create. However, creators also need to eat. Creators need to have homes. Creators can’t create so long as they aren’t free to create,” wrote Santens earlier this year on his blog in an open thank you letter to Patreon. “People need to be free to create and until universal basic income exists, Patreon can make that possible.”

Scott’s track record as writer and basic income advocate is impressive. His pieces about universal basic income have appeared on The Huffington Post, the Institute for Ethics and Emerging Technologies (IEET), The Daily Dot, and Quartz. He has presented at the first World Summit on Technological Unemployment and participated as a panelist at the Brookings Institute. As an organizer, he helped plan the first Basic Income Create-A-Thon. He is an advisor to the Universal Income Project, a founding committee member of the nonprofit D.C.-based organization Basic Income Action, a coordinating committee member of the U.S. Basic Income Guarantee Network, and founder of the BIG Patreon Creator Pledge. 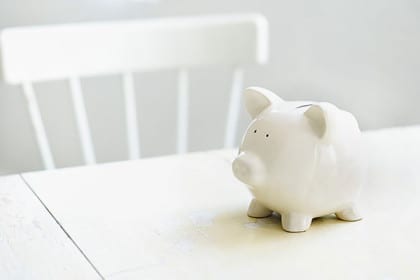 A debate on universal basic income will be hosted on December 17, 2015 by the London-based RSA (Royal Society for the Encouragement of Arts, Manufactures and Commerce; also known as the Royal Society of Arts).

EVENT: The Case for a Universal Basic Income.

In the last year, discussion about the possibility and desirability of a basic income – a weekly payment for every citizen – has become more audible.

From Silicon Valley entrepreneurs to Mayors in Canada and the Netherlands to campaigners in Switzerland and leading thinkers such as Thomas Piketty, winner of the FT book of the year Martin Ford, and anti-poverty sage Tony Atkinson, the idea has been gathering interest.

In recent days, news that the Finnish government is committing to one of the boldest universal income experiments thus far, has generated an intense fresh round of commentary and debate.

The RSA has been undertaking research into the idea for the past year and at this event Anthony Painter, the RSA’s Director of Policy and Strategy, will present our latest thinking.

Is it feasible? Should we do it? Join the debate. 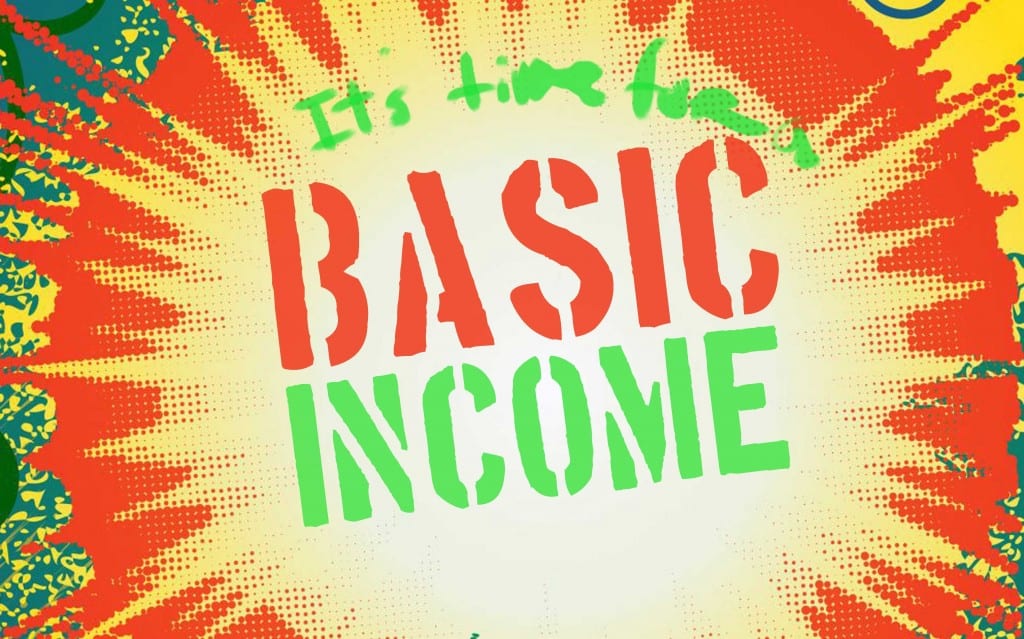 On December 8, Huffington Post Live hosted a debate on basic income following the coverage by mainstream news of the Finnish basic income experiment.

There were three guest speakers:

Guy Standing, economist, professor of development studies at the School of Oriental and African Studies (London), and BIEN’s Honorary President;

Karl Widerquist, political philosopher and economist, associate professor at Georgetown University in Qatar, co-chair of BIEN, and co-founder of US Basic Income Guarantee;

In a broad-ranging discussion, the speakers argued that basic income is both feasible and desirable. Karl Widerquist began the conversation by clarifying that a basic income is given to all citizens and does not depend on means-testing or a work requirement. In other words, it is universal and unconditional.

The speakers also stressed that a basic income reduces inequalities and eliminates poverty. Daniel Tencer noted that Huffington Post Canada has been writing about basic income for some time. He positively reported on the recent rediscovery of the encouraging results of a five-year experiment with basic income in the town of Dauphin, Manitoba during the 1970s.

Another topic of discussion was the relationship between basic income and other welfare benefits. Referring to the Finnish experiment, Guy Standing said that, while basic income is usually discussed in the context of wide-ranging welfare reform, it does not have to replace all existing benefits at once. It can be implemented gradually, while keeping certain needs-based benefits such as disability grants.

When queried about the standard criticism that a basic income is not affordable, Standing and Widerquist remarked that, in fact, it is affordable, and could be financed in a number of ways, from various forms of taxation to currency reform.

Click here to watch the 15-minute video of the debate.