McKinsey publishes an article about the Finland experiment

McKinsey, the consultancy company, has published an article about the Finland Basic Income experiment.

The final results from Finland’s experiment are now
in, and the findings are intriguing: the basic income
in Finland led to a small increase in employment,
significantly boosted multiple measures of the
recipients’ well-being, and reinforced positive
individual and societal feedback loops. …

As with any policy analysis, the results of this
experiment remain subject to debate and can’t
necessarily be generalized. As a result, the
experiment does offer an object lesson in the
complexity of designing and implementing
a randomized control trial of basic income.
Nevertheless, more research on basic income is
required. We can hope that Finland’s example
will inform and inspire others as they set up their
own experiments. 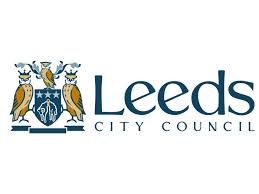 The City Council has passed a resolution asking for a Basic Income pilot project to take place in the city.

The Council’s debate can be found here

and the papers related to the debate here.

Innovations for Poverty Action has published a research paper, ‘Effects of a Universal Basic Income During the Pandemic’.

We examine some effects of Universal Basic Income (UBI) during the COVID-19 pandemic using a large-scale experiment in rural Kenya. Transfers significantly improved well-being on common measures such as hunger, sickness and depression in spite of the pandemic, but with modest effect sizes. They may have had public health benefits, as they reduced hospital visits and decreased social (but not commercial) interactions that influence contagion rates. During the pandemic (and contemporaneous agricultural lean season) recipients lost the income gains from starting new non-agricultural enterprises that they had initially obtained, but also suffered smaller increases in hunger. This pattern is consistent with the idea that UBI induced recipients to take on more income risk in part by mitigating the most harmful consequences of adverse shocks.

A thesis about trade unions and Basic Income

First, unions’ propensity to support a UBI depends on
the degrees of socio-economic insecurity. In contexts characterised by high levels of poverty,
unemployment and precariousness, UBI proposals look more attractive in the eyes of union leaders.
Secondly, welfare regime generosity is a strong explanans of trade unions’ support. Less
encompassing welfare systems encourage trade unionists to regard UBI as a legitimate policy
alternative. Third, trade unions’ attachment to the work ethic and the insurance principle affects their
preferences for unconditionality and universality in policy settings. Fourth, their role in the industrial
landscape, and their degree of organisational inclusivity, have a strong influence on UBI support. 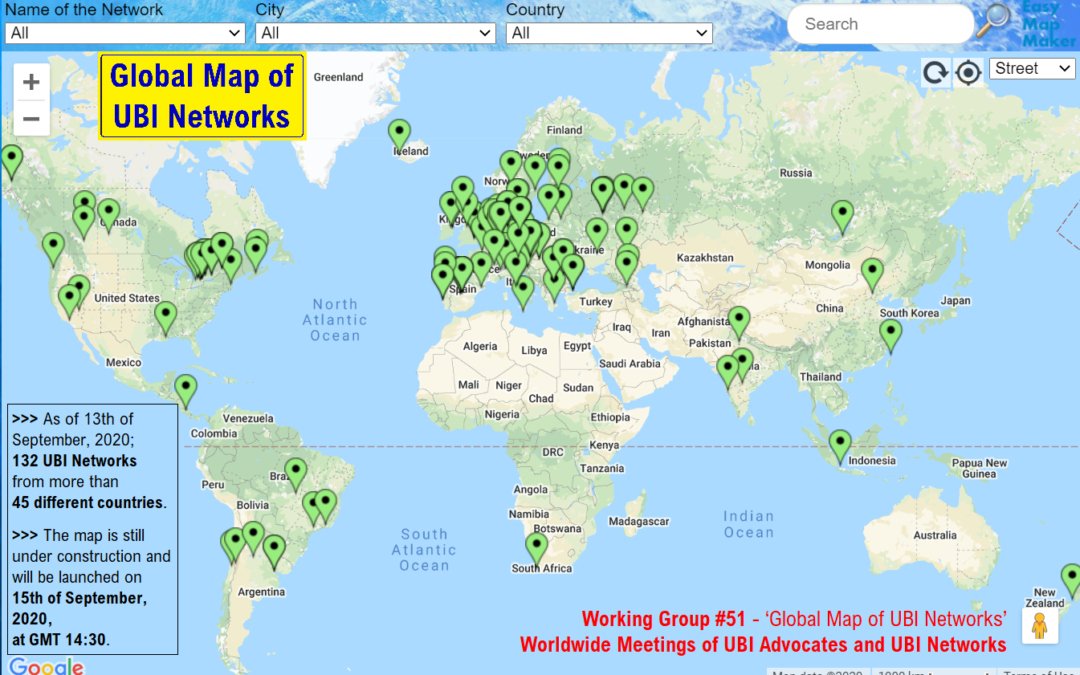 A new tool for communication, interaction and collaboration among Universal Basic Income (UBI) Advocates and UBI Networks was launched on the 15th September as part of the 13th International Basic Income Week.

The tool, ‘Global Map of UBI Networks’, has been developed under the umbrella of ‘Worldwide Meetings of UBI Advocates and UBI Networks’. It is a digital map of UBI Networks, and at its launch there were 132 UBI Networks from more than 45 different countries participating in it’s first version.

At the moment, the map is still under construction: but you can see the current state of the working map at this link. (Click on the markers to see the details of the UBI Networks.)

The HTML Codes of and an explanatory text regarding the map will be shared with the participating UBI Networks so that if they wish they can embed the map directly into their website pages.

The map references not only networks with the sole purpose of advocating UBI, but also all organizations (networks, foundations, platforms, political parties, working groups within political parties, societies, study groups, etc.) that advocate for UBI.

If a UBI Network wishes to participate in the ‘Global Map of UBI Networks’, the details of the network should be filled in in the Google Form accessible from this link.

The working group carrying out this project is composed of Hannes Mehrer (Germany), Ali Mutlu Köylüoğlu (Turkey) and Peter Knight (USA and Brazil). Also, special thanks to Luc Gosselin (Canada) and Robin Ketelars (Netherlands) for their help.