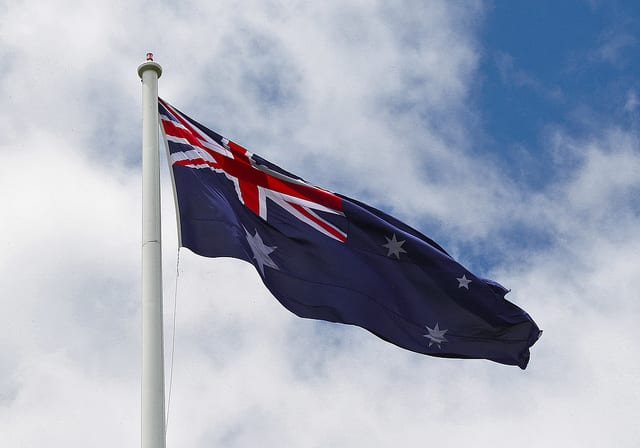 Paul Ross is trying to found the Citizen’s Dividend Party (CDP) in Australia, and to take part  in the election of May 2019.

The foundational pledge, as found on the website, is:

This would be accomplished through the introduction of a Universal Basic Income (UBI), the pillar of the of the would-be party. The specifics can be found on the CDP’s Declaration: the bulk of the Citizen Dividend would be founded through a 20% full-breadth Goods and Services Tax (GST), the Australian Value Added Tax (VAT), and the proposed dividend would amount to around $18,000 for adults and $5,000 for children annually.

In order for the party to start, it needs 500 members who are enlisted to the Australian electoral roll.  With the next federal election due by May 2019, and the application to register a new party taking at least twelve weeks, the goal is to reach the required number of members by March 2, 2019.

You can find more information at: 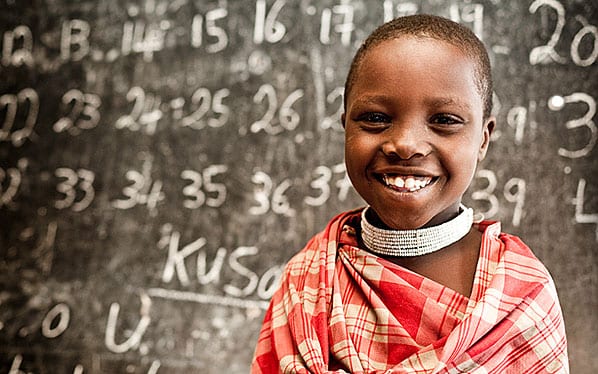 Credit Picture to: The Open University

A common argument against UTCs is that they would lead to spending on superfluous goods, as alcohol, tobacco, or drugs, which are sometimes called “compensatory bads”.

The argument is largely based upon anecdotal evidence, spurring from the fear that cash would be administered improperly and wasted, and would lead to the prioritization of in-kind transfers. The paper found that as the household expenditure allocated on food and other items increased, spending on alcohol and tobacco didn’t.

2) UTCs are fully consumed (rather than invested)

Being transfers unconditional, the fear may arise that they are immediately consumed, and that they do not stimulate longer term planning and investment in productive activities and human capital.

Noticing that the cash transfers were administered in locations where the populations is well below the poverty line, it shouldn’t come as a surprise that much of the transfer is used to cover basic needs, which in turns ensures the maintenance and a form of stimulus to human capital development.

Even as the role of direct expenditure is substantial, the paper finds that UTCs have positive effects on the productivity indicators chosen as representative of investments, stimulating crop and livestock activities.

A common perception that is based upon the longstanding discourse on welfare dependency, fears that gave birth to the concept of workfare in the sixties and that grew under Reaganism and Thatcherism.

The idea is that poor families receiving cash transfers would become lazy and lose the incentive to work, when it isn’t laziness in the first place to create poverty. The allegations of welfare dependency thus stem from a sort of moral high ground, the implication being that poverty is somehow “deserved” and that the poor are not willing to work in order to better their condition once they receive the transfer.

We have seen formerly that UTCs influence investments, it is thus certain that they do affect household decision making in labor allocation, i.e. how receivers participate to the labor market; but labor force participation rate as exemplified by the chosen indicators showed no significant impact of transfers on labor supply.

Policymakers often sustain that Cash Transfers conditional to motherhood and having young children will have the unintended effect of increasing fertility rates.

The concern is even more severe for SSA, the last region to start experiencing the demographic transition.

Given that Conditional Cash Transfers (CCT) are the instrument of choice to foster higher fertility rates in OECD countries, the implications for their application look unavoidable; nonetheless the study found no instance in which a government UCTs increased fertility in SSA. Rather, the evidence suggests that UTCs have in some instances increased birth spacing and delayed pregnancies among young women.

This fear stems from the idea that isolated cash injections would have a one-sided effect and only stimulate the demand side, whilst having no impact on the supply side. This would lead to detrimental effects, namely price distortion and inflation, devaluating the transfer and affecting also non-beneficiaries, which would find themselves facing higher prices.

The study found no evidence of inflationary effects, which can be explained by three factors: the relatively small share of UTCs beneficiaries (20% of the households); the sum of the transfer, which while substantial for the poor recipient it’s just a tiny proportion of the total cash flow of the community; the supply side is elastic, and there is enough market inter-connectivity for production to match increases in demand.

Theory suggests that UTC could be used to overcome market failures, functioning as a stimulus to pro-poor productivity and having net positive impact on local economies. Positive spillovers should manifest and affect non-beneficiaries, as a result of the stimulus to aggregate demand.

Local economy simulations indicate that UTCs generates positive effects on the local economy, with every dollar injected in the economy via the transfer causing nominal multiplier effects ranging from 1.27 in Malawi to 2.52 in Ethiopia.

Once UTCs end their experimentation phase and are institutionalized, there is diffused concern that the administrative costs are too high. The fear is that the medium or long-term maintenance of the programs is fiscally unsustainable, and supposedly high administrative costs have been cited as one of the main reasons for not adopting UTCs.

The cost-transfer ratio (CTR) is the indicator generally used to measure the cost-efficiency of the programs. The CTR depends largely on the time at which it is measured; at the beginning of the programs there are large, fixed, start-up costs which weigh heavily on the ratio, representing a large part of the total costs in the first period. The start-up costs combine with the lack of economies of scale, which require times to be attained.

Using estimates of the CTRs for the programs of the Transfer Project, accounting for the scale-up effects and correcting for the start-up, lump sum costs, the study found that cash transfers at scale as a percentage of current spending and GDP are feasible and fully within the cost considerations of any national government. The expenditure for UTCs as a percentage of general government expenditures would have an average of 4.4 percent across countries, but could decrease of the 37% if the program was limited to the rural areas.

“…we have drawn on cross-country evaluation data to summarize evidence on six common perceptions that we believe hold back political acceptance of such programs. While the political context is such that these perceptions will need to be tested in each specific program in order to be fully internalized, we hope that the growing body of evidence, including that presented inthis paper, will permit more evidence-based rather than ideologically-based debates around cash transfers in LMICs”

Conference: “The Great Transformation: On the Future of Modern Societies”

Even as the scars left by the economic crisis began to heal, societal division and polarization are rampant, and there is reason to believe that the “Great Transformation”, conceptualized by Karl Polanyi as “a period of profound change, most likely including the abandonment of dominant growth patterns, forms of production, and lifestyle that have been maintained over decades” is occurring.

The double conference in Jena wants to address where such “journey” will bring us and who should set its course.

“The conference seeks to provide a platform for ‘Experimental Utopistics’. The well-founded (case- based) debate around diagnoses of time and distinct future trajectories of society shall take place not exclusively among sociologists, but in an interdisciplinary forum and enriched by the expertise from social practice. In this sense, the formal-organisational frame of a double conference is part of the attempt to test possibilities and limitations of such sociological utopistics, to explore, as well as question, its usefulness.”

Klaus Dörre, Hartmut Rosa, The board of the German Sociological Association; “The Great Transformation: On the Future of Modern Societies”, abstract 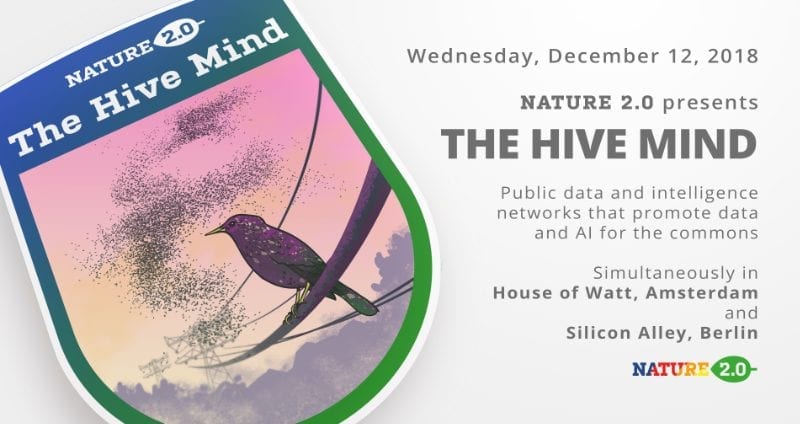 Events: Nature 2.0 – The Future is Abundant

Nature 2.0 will hold a series of events in Berlin and Amsterdam, exploring blockchain technology in preparation for their participation as one of the tracks at the biggest blockchain hackaton in the world: the DutchChain Hackaton 2019 in Groningen.

Nature 2.0 is an open community who wants to explore the use of cutting-edge technologies in order to create a better society. Taking advantage and combining Artificial Intelligence (AI), blockchain technology and autonomous assets, “Nature 2.0 aims for an ownerless layer of natural resources and intelligent agents that promote sustainable public utilities in a world of abundance”.

In an article on Medium, “Nature 2.0 The Cradle of Civilization Gets an Update”, Trent McConaghy illustrates their mission, inspired by the natural world, were flora and fauna coexist in ecosystems exhibiting features of resilience and anti-fragility, and are based on commons.

Technology allows to replicate the symbiotic relationships presents in nature, and will help design a post-scarcity society, one functioning as a positive-sum game rather than a zero-sum one.

Through the use of AI, Decentralized Autonomous Organizations (DAOs), and autonomous assets, it becomes possible to design Public Utility Networks (PUN) that are self-owned and that self-manage.

Think about self-driving cars: once they become a reality, there would be little use for privates in owning them. It would rather be better to make them autonomous assets, managed by an artificial intelligence, and allow them to receive payments via digital currency.

Cars would then provide an Uber-like service, but there would no drivers to pay, no management, no corporation. It would be a swarm of cars, self-regulating, with no concept of identity or scarcity, and autonomously using part of the payment they receive in order to maintain (repair, upgrade) themselves. And the remaining will be used to finance UBI.

And cars were just one example, the same could work for trucks, electric grids, wind farms, roads, etc. Then the UBI extracted from those redesigned PUNs would be distributed through blockchain, the only requirement proving to be human (an example of blockchain based UBI is that of  Manna).

“The abundance from machines gets transferred to humans”

Trent McConaghy, “Nature 2.0 The Cradle of Civilization Gets an Update”, Medium, June 6th, 2018

The Green European Journal launched the Green Observatory on Basic Income, asking to experts in a series of interviews about the status of universal basic income (UBI) in the political discourse of their country, and the stance that Green, and other progressive parties, show towards it.

The Journal is “a platform to help debates and ideas to travel across Europe’s cultural and political borders, and of contributing to the construction of a vibrant European public space.”

Being UBI something which always interested green circles and movements, for its potential in enhancing individual freedoms and capacities, the Journal decided to investigate the current status of the debate across the political spectrum in Europe.