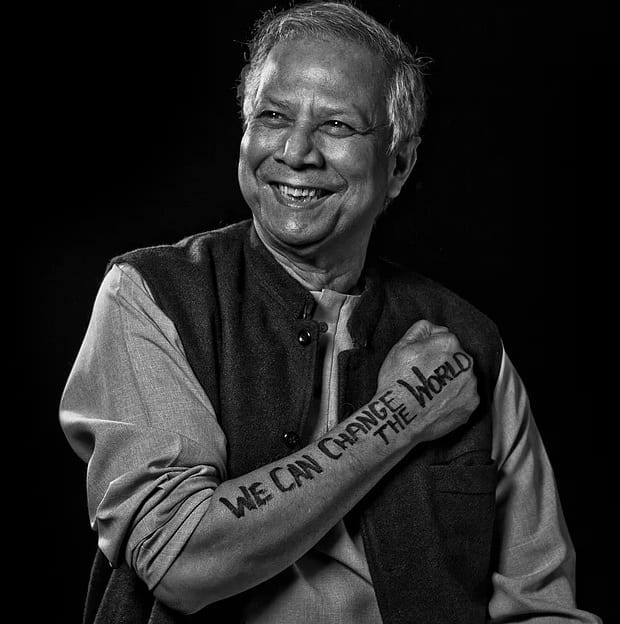 Muhammad Yunus, the 2006 Peace Nobel Prize laureate and founder of the Grameen Bank, is very concerned about artificial intelligence (AI). His fear revolves around the prospects of generalized unemployment, as machines replace most of traditionally human tasks.

Yunus also, like a few other economists, including Nobel Prize winners, has reached the conclusion that one of the downsides of AI is the devaluation of the human being, in relation to machines. This, he argues, will take away the ability of many people, even more than today, to care for their own basic needs. Hence, Yunus concludes, a universal basic income must be implemented now, before artificially intelligent algorithms start treating human beings as if they were “cockroaches”.

He also calls for legislation which can circumscribe AI’s intervention in society, recalling that guidelines exist for many other aspects of our reality, such as medicine, food, engineering, and so on. That would not be a deterrent to the development of novel AI applications, but only the introduction of safety mechanisms that would prevent AI creations from killing people, or making decisions for them abusively, for instance. If humans have created these technologies, then humans can, and should, direct them to socially positive goals, such as healthcare.

According to Muhammad Yunus, basic income will be an important means to bring out the natural entrepreneur in every human being. Humans can and will do many things, given the right conditions. Yunus is convinced, and his Grameen Bank stands out as proof, that people need not be “mercenaries of the whole system”, and that schools should create “life ready” young people, rather than “job ready” ones.