Canada: Basic income would cost $76B per year 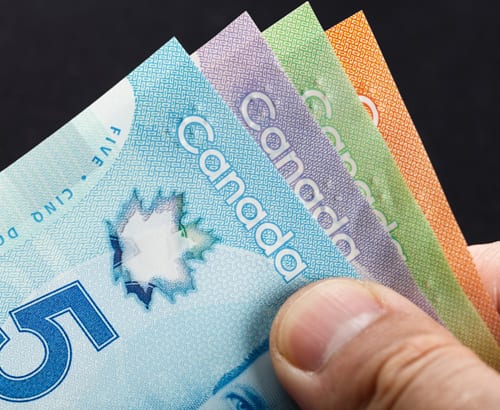 76 billion dollars. That’s what it would cost to implement basic income in Canada according to a new report released by the Parliamentary Budget Office (PBO).

The report comes just days after Ontario began testing its own basic income pilot study in Hamilton, Brantford, Brant County, Lindsay and Thunder Bay. As part of the study, 4000 Ontarians will receive unconditional cash transfers of up to $2500 per month for the next three years. The new report estimates how much it would cost to roll out the program nationwide.

Importantly, the policy under consideration would not be an universal basic income, and would only be available to low-income individuals between the ages of 18 and 64. Roughly 1 in 5 Canadians (7.5 million people) would qualify for benefits. The plan would guarantee a minimum annual income of $16,989 for singles, and $24,027 for couples (those with a disability could receive an additional $500 per month). 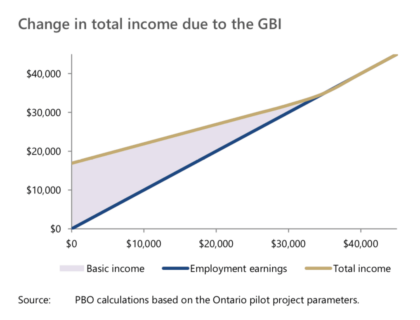 The report also assumes that the guaranteed basic income (GBI) would replace $33 billion in federal spending already in place to help low-income people, thus bringing the net cost of implementing the program down significantly to $43 billion.

The report has drawn both praise and criticism from both sides of the debate. Opponents of the idea (including Conservative MP Pierre Poilievre, who requested the PBO study) cite the high cost of the program, arguing that the plan would add an additional 13 percent to the current federal budget.

Supporters argue that the report actually underestimates the value of a minimum income by not taking into account potential savings in other areas of the economy. Elaine Power, a professor in public health at Queen’s University, notes that a basic income could save the government up to $28 billion in healthcare costs directly attributable to poverty. Andrew Coyne, a columnist at the National Post, also suggests that local governments would likely share the cost burden, which could knock an additional $20 billion off the federal price tag.

Currently, there are no plans to implement a nationwide guaranteed basic income in Canada. However, the report marks the first attempt by the federal government to estimate what such a program might cost. In order to further assess the viability of basic income in Canada, all eyes will surely be on the Ontario pilot study in the years to come.