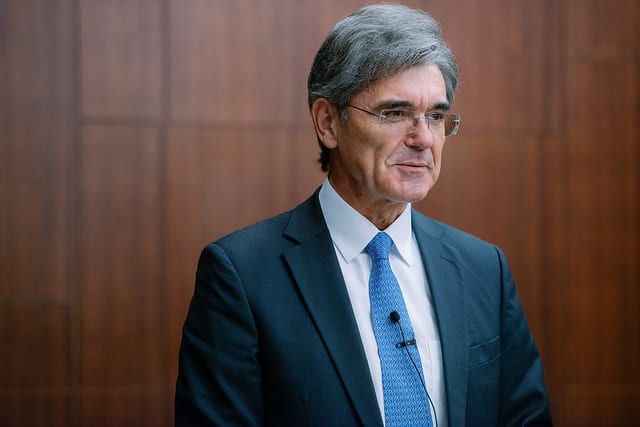 According to the news report, Kaeser, speaking at the Süddeutsche Zeitung Economic Summit in Berlin, said that a basic income would eventually be necessary to protect workers who become displaced due to artificial intelligence and automation. Subsequently, many readers credited Kaeser with support for unconditional basic income (bedingungsloses Grundeinkommen), as endorsed by BIEN.

In later remarks, however, Kaeser clarified that he does not demand an unconditional basic income–as the Siemens Press Office tweeted on November 22: 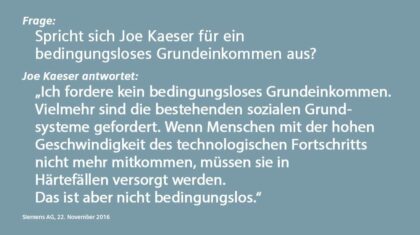 While Kaeser believes that the state must offset the hardships faced by those whose jobs are adversely affected by technological progress, he does not believe that the support must be unconditional.

Despite Kaeser’s own subsequent disavowal of UBI, the initial (and perhaps misleading) news report generated a surge of interest in the idea. Süddeutsche Zeitung itself–Germany’s largest subscription newsletter–followed its article about Kaeser with a week-long series on basic income.

One article revisited the ideas of Götz Werner, the billionaire founder of the drugstore chain Drogerie Markt who called for a universal and unconditional basic income of 1000€ per month. Others provided further commentary on Kaeser’s initially reported statement that a “kind of basic income” will be unavoidable in the face of automation.