BIEN: The report from the General Assembly 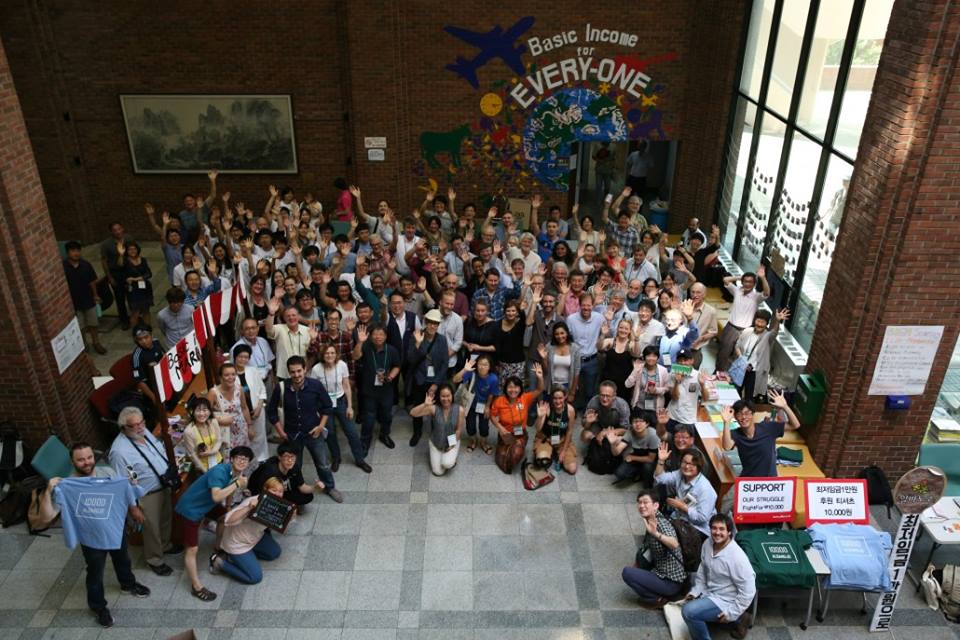 As previously reported, the 2016 BIEN Congress was held in Seoul, South Korea from July 7-9. The General Assembly (GA) was held on the last day of the congress, at which several important decisions were made, including the following:

At the 2014 congress, the GA mandated the Executive Committee (EC) of BIEN to make BIEN a legal entity. To this end, the EC established a task force headed by Louise Haagh. After considering various options, the EC decided to apply in Belgium for recognition as an international non-profit association (AISBL), and the application was approved.

It was necessary to change BIEN’s statutes to comply with the requirements of AISBL organizations. The needed changes were made and approved by the GA. The AISBL charter (BIEN’s newly revised statutes) can be viewed at this link [pdf].

2) Clarification of definition of ‘basic income’

The GA passed two motions related to the definition of the term ‘basic income’.

The first was a refinement of the official definition used by BIEN.

Moreover, the GA approved the following elaboration of the above description:

This amendment, then, adds two additional characteristics (periodic and in cash) to the three that had been in BIEN’s official definition of basic income since the network’s founding in 1986. Some participants in the GA meeting viewed the amendment as a clarification of the definition rather than a change to it, because it merely makes explicit two characteristics that have long been assumed by most of BIEN’s membership.

3) Resolution  on the type of basic income to be supported

In addition to the above clarification, the GA passed the following resolution:

Prior to the decisions about the description of UBI and the type BIEN supports, there was a workshop and dedicated group work during the congress. The overview of discussions, concerns and reasons will be published here at Basic Income News shortly.

4) Portugal 2017 and Finland 2018: BIEN moves from biennial to annual Congresses

Since its founding in 1986, BIEN has held its Congresses once every two years. However, given the current momentum of the UBI movement–in conjunction with recent competing wishes to host the Congress (there were three candidates for the 16th Congress, and two candidates this time)–the EC proposed that BIEN commit to having yearly congresses . The two affiliates applying to host the next Congress, Portugal and Finland, agreed to put forward proposals for one Congress in 2017 and another in 2018, respectively.

Some people at the GA were skeptical about yearly Congresses, and others noted that BIEN does not need to change its statutes to have yearly Congress; it just needs to approve Congress proposals. On that basis, although the motion to commit to yearly Congresses was defeated, the proposal by Portugal and Finland to host Congress next year and the year after were approved.

BIEN’s co-chairs have drafted a clear vision for the organization, which they published prior to the congress. The vision was shared and discussed at a special workshop during the congress. In order to actualize this vision, it was proposed to increase the size of the EC from 9 to 11 members. The GA approved this proposal.

Names, roles, and affiliations of the new EC members can be found on the About BIEN page.

The detailed minutes of the GA can be found here [pdf]. The GA is open to all life members of BIEN, and is held at each congress.

BIEN invites everyone to join the next congress.