Europe: 64% of People in Favour of Basic Income, Poll Finds 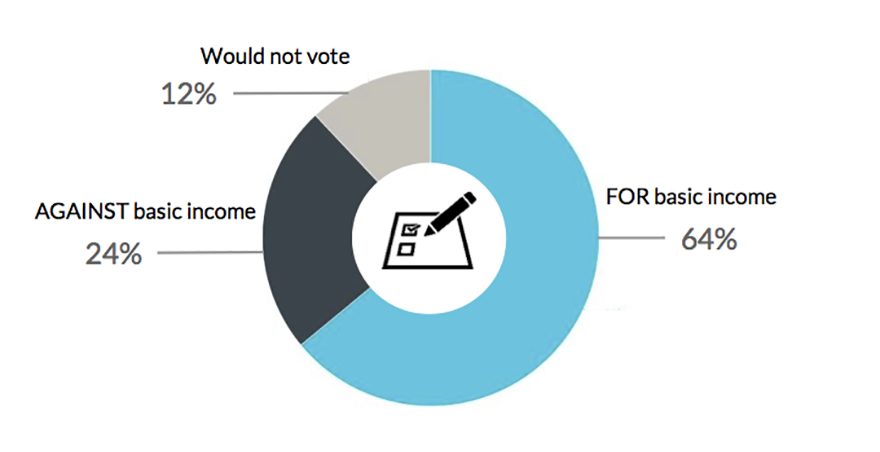 The first EU-wide opinion survey on basic income finds a great majority of Europeans know about basic income and are supportive of the idea.

While it is no surprise that basic income has gained a lot of popularity over the past few months, it is difficult to grasp exactly how mainstream basic income has begun. That’s where opinion polls can help.

In Europe – where most of the political developments are happening in Finland, the Netherlands, and France – a new poll survey shows the magnitude of the trend – and it’s very encouraging.

According to the preliminary results (pdf here) from a survey carried out in April 2016, about 58% of the people are aware of basic income, and 64% would vote in favour of the policy if there was a referendum about it.

The survey was produced by the Berlin-based company Dalia Research, within the framework of its research programme called e28TM, a European-wide survey, to find out “what Europe thinks.” The e28TM is conducted every 6 months within a sample of 10,000 people, representative of the EU (28 countries) population. The respondents were invited to an online survey via their smartphones, tablets or computer desktops without knowing in advance the topics of the poll. Last April, the survey included basic income. 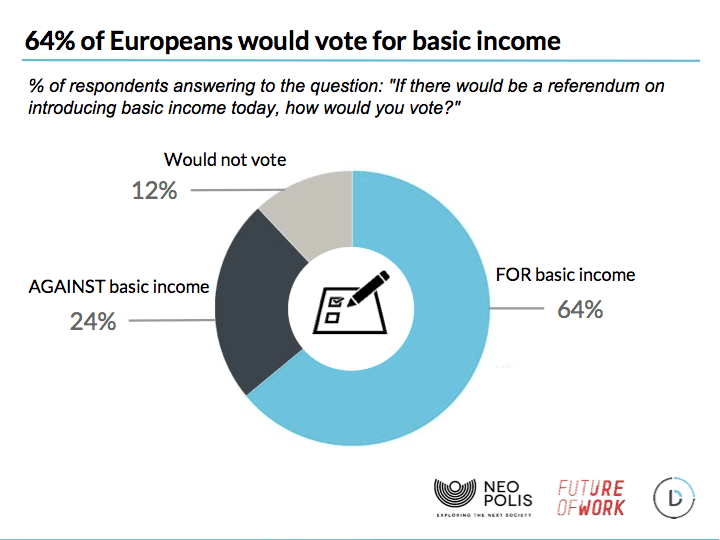 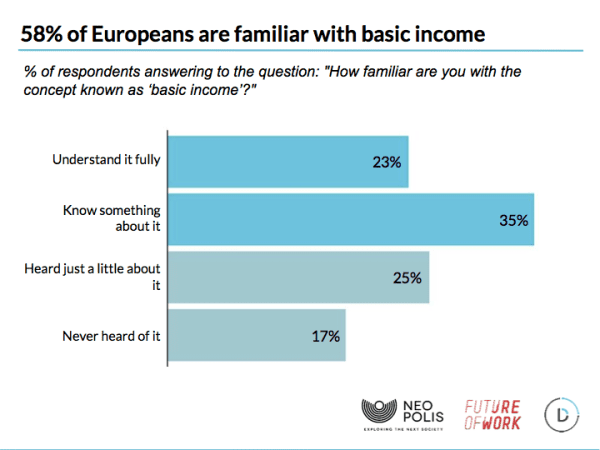 In the questionnaire, basic income was defined as “an income unconditionally paid by the government to every individual regardless of whether they work and irrespective of any other sources of income. It replaces other social security payments and is high enough to cover all basic needs (food, housing, etc.).”

Only 24% of the respondents said they would vote against it, while 12% would not vote. More interestingly, though, the results show a correlation between the level of awareness about basic income and the level of support. In other words, the more people know about the idea, the more they tend to support it: 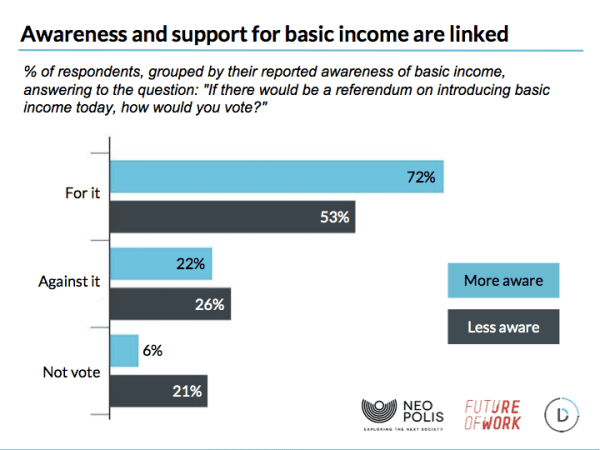 According to the survey, countries where basic income is most popular are Spain and Italy (with 71% and 69% of respondents, respectively, inclined to vote for a basic income).

However, those results are not entirely accurate as they do not show results for smaller countries where the population being interviewed was too small for the results to be statistically significant. 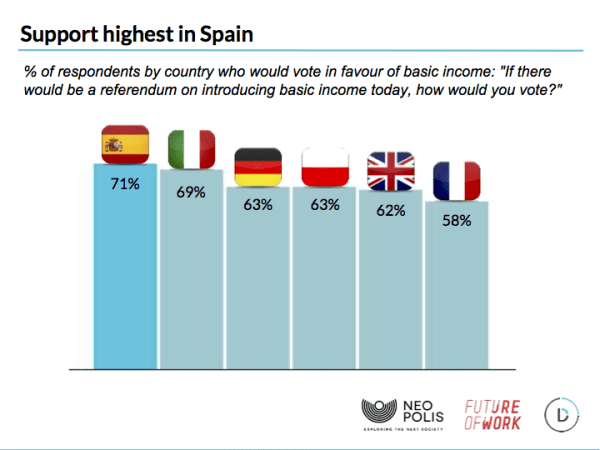 Respondents were also asked about their biggest hopes and fear if a basic income was to be introduced. It turns out the most convincing arguments in favor of basic income were that it would “reduces anxiety about basic financing needs” (40%) and improve equal opportunity (31%). Perhaps the most surprising result is that the downsizing of bureaucracy and administrative costs was considered the least convincing argument (16%).

Only 4% of the people would stop working. 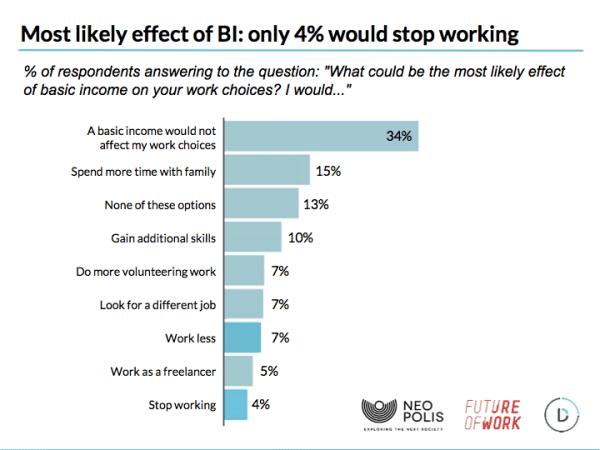 This confirms the result of a previous poll conducted in Switzerland in January that a great majority of people want to work, despite having their basic needs met anyway.

Besides the apparently unfounded concern that people would stop working, other objections considered convincing were that people would massively immigrate (34%), that basic income is not affordable (32%) and that only the needy should receive assistance (32%).

Overall, those results are very positive for basic income. They finally provide evidence that basic income has become mainstream and is likely to be supported by a majority of the population – at least in the EU.

While a number of national polls have already found a good level of support for basic income in France (60%), Catalonia (72%), and Finland (67%), Dalia Research is the first to have produced a European-wide survey on the popularity of basic income.