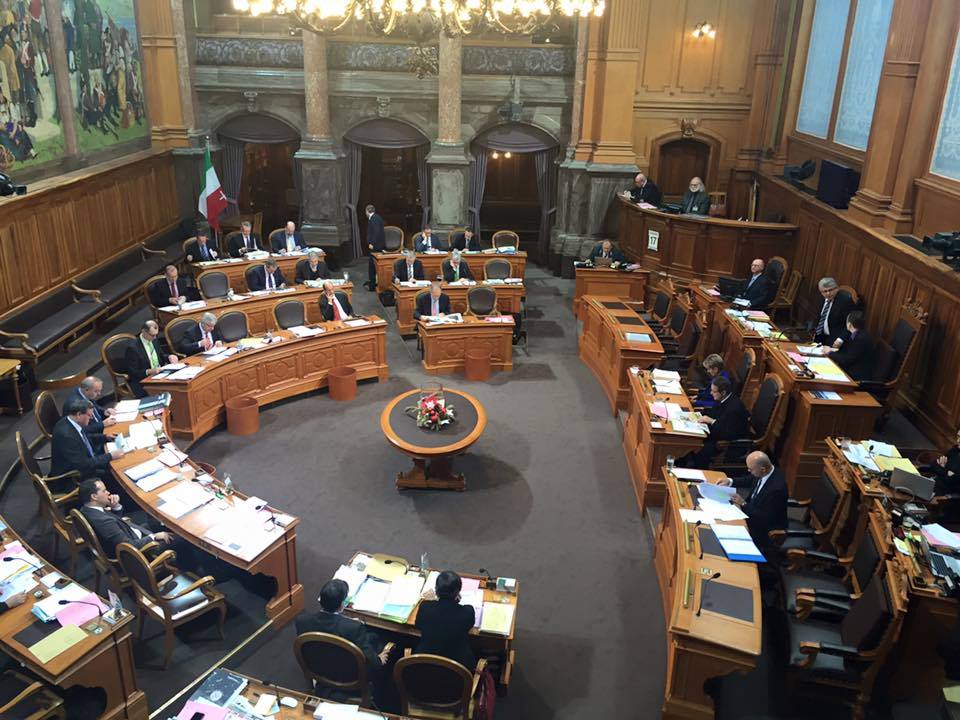 On December 17, the Council of States, the upper house of the Swiss parliament, unanimously approved a motion calling for people to vote against a universal basic income (UBI) in the national referendum to be held next year.

On October 2013, the Popular Initiative for a UBI collected 126,000 signatures. This was enough to gain the right to hold a national referendum. Before the referendum is held, the two houses of parliament can issue recommendations for people to vote in favor or against. On September 23 this year, the National Council, the lower house of parliament, had also recommended to vote against UBI. While the date has not been set yet, the national referendum is expected to take place next year. There are indications that this might be in June 2016.

Although nobody voted in favour of the UBI, some of the interventions by MPs and government Ministers were not dismissive of the idea. Enno Schmidt, co-initiator of the Swiss popular initiative, heard the debate in the Council of States, and noted down some of the more positive statements for Basic Income News.

Alain Berset, a politician from the leftist Social Democratic Party (SP) and a member of the Swiss Federal Council (the Swiss federal government), stated that:

The idea of a UBI is noble and it would be important to think ahead. But there are too many open questions and uncertainties about its introduction. The current social security system relies on the logic of insurance. A UBI is based on the logic of existence.

Anita Fetz, a member of the Council of States from the SP ranks, said:

A basic income would be a sign of appreciation to all those who make their contribution to society, but are not counted in the Gross Domestic Product. Half of all work carried out by people is not financially rewarded and therefore less visible, but is crucial for the functioning of our society. We cannot rely solely on women for these activities. That era is over. Today we are living with a market model that offers a rational and selfish image of humanity. A vision that privileges more freedom and independence would help us give more importance to trust, compassion and cooperation, rather than confrontation and competition. Today only a few can imagine a UBI, but tomorrow technology will make a lot more jobs redundant. After that, we will have to think about the feasibility of a basic income. The greatest ideas in history were always put forward by a small group of people, and met with fierce opposition for many years, until they suddenly found the support of the majority.

Another member of the Council of States from the SP, Liliane Maury Pasquier, said:

The idea to grant a personal income to all citizens unconditionally and for life is simple and fair. It is a project that is socially liberal and focused on the talents of each person. It is neither left nor right, it is about core societal values. Ideals move the world. But unfortunately, we, the politicians, are driven by populism and fears. We do not allow room for utopias.

Both Fetz and Pasquier abstained in the vote.

Basic Income News is grateful to Enno Schmidt for the additional reporting. An interview with him on the Council of States’ motion will be published in our website shortly.

Here is a list of our past news and commentary on the Swiss referendum: