Swiss politicians reject basic income because they are scared of humans 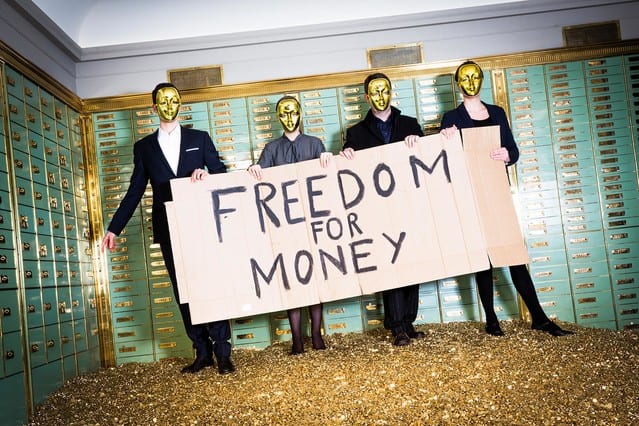 On Wednesday, September 23, 2015, the Swiss parliament debated a popular petition for an unconditional basic income. Enough signatures were collected to grant a national referendum. The parliamentarians seemed to compete to voice the most incendiary expressions. “The most dangerous initiative ever!” said Sebastian Frehner of the Swiss People’s Party (SVP). “A released grenade in our hands!” said Daniel Stolz of the Liberal Democratic Party (FDP).

The reactions to the initiative were stamped with fear. If you want to avoid danger, it is better for you not to move. Bernhard Guhl, speaking on behalf of the centrist Conservative Democratic Party (BDP), exhorted “Don’t endanger our prosperity!” The parties right of center, like the SVP, sounded even more dramatic. Peter Keller (SVP) declared, “You don’t even care who will be paying for that,” and Sebastian Frehner (SVP) argued that the Basic Income would swallow all of the country’s money and spell “the end of Switzerland.”

“The most dangerous initiative ever!” (Sebastian Frehner, SVP)

Where does the fear come from? Some of it stems from the worry that a basic income will make all of its recipients lazy. Keller, for example, called the proposal “a slap in the face of all the people getting up at 6 for work in the morning.” Others worried that the financial burden would render a basic income entirely impossible.

Behind these fears, however, lurked a quiet consensus: the question of whether a basic income is financeable is only a matter of political will.

What if there is a basic income and the people refuse participation in the workforce? There will be no more value-creation, and thus no more tax revenue, and thus no basic income. According to the politicians, the basic danger comes from human beings themselves; because of human “laziness”, the freedom of decision allowed by a basic income could be dangerous.

“The referendum result will tell us if the Swiss people fear themselves too.” (Che Wagner)

Not all Swiss politicians share these fears. Cédric Wermuth of the Social Democratic Paty (SP), who endorses a basic income, believes that the proposal represents the best defense against the rise of a neoliberal storm. Andi Gross (SP), who will soon go out of office, adds, “basic income is a shift of power from capital to activity.”

In general, parliamentarians on the left seemed less frightened by the alleged danger. According to those on the left, the main drawback to a basic income is that it could be misunderstood. Swiss citizens, for example, might mistake it for a “housewife subsidy,” encouraging couples to live a traditional way of life where the wife stay at home. Or they might mistake it for a social “parking lot” for people who have no chance of finding a job.

“Basic income is a shift of power from capital to activity.”
(Andi Gross, SP)

These “dangers” all come from the same source: human nature. According to critics, people would misuse a basic income grant and live in ways that go against the expected norm.

At the end of the long day of debate, the parliamentarians voted 146 to 14 against the basic income petition. This vote, however, might reflect the influence of the upcoming referendum, as politicians tend to hesitate to stick their necks out too far. However, even while the overwhelming majority of politicians reject a basic income, an impressive proportion of the Swiss people support it. A poll in the newspaper Tages-Anzeiger, for instance, indicated that 49% of the public supports a basic income.

Despite the fear and negative vote, the debate marked progress in the movement for a basic income. As Alain Berset of the Swiss Federal Council remarked, the possibility even to debate this idea in the parliament of Switzerland is “of great value.”

The Council of States will debate the basic income initiative this winter. Then, in autumn 2016, the decision will fall to the Swiss citizens. The political class has identified its fear: the Swiss people and the danger of a “laziness” epidemic.

The referendum result will tell us if the Swiss people fear themselves too.

Che Wagner studied economic history. He is the director of the referendum campaign for a Basic Income in Switzerland.