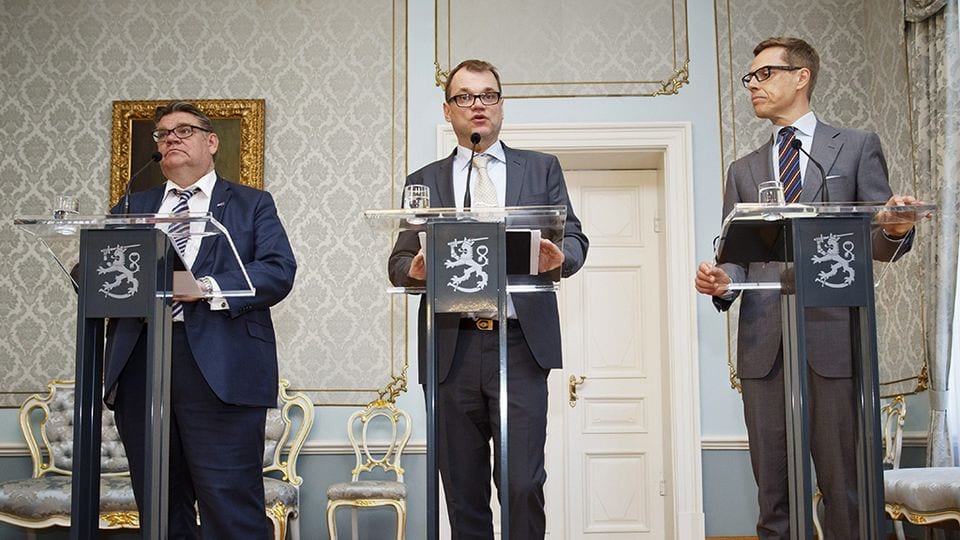 The new Finnish government has committed to a Basic Income experiment as part of its programme for government, published last month.

For more updated information on the situation in Finland, please read this article.

The commitment consists of one line: ‘Implement a Basic Income experiment’, in the ‘Health and Welfare’ section of the programme.

The main party of government, the Centre Party and the new Prime Minister Juha Sipilä, are known to be supportive of Basic Income, but his new government partners, the populist Finns Party and conservative NCP have not spoken publicly on the issue. The scant reference to Basic Income raises some doubts about the government’s commitment to the policy.

Nonetheless, this marks the first commitment from a European country to implement a Basic Income experiment and will be the first experiment in a developed nation since the 1970s. Other experiments have been performed more recently in India, Namibia and Brazil. Every experiment so far has reported very positive results with improved economic performance, health, housing and other outcomes. It also reflects the increasing interest in Basic Income worldwide with prominent European parties like Podemos in Spain and D66 in the Netherlands adopting it as a policy.

The government has not released a timescale nor any further details about the experiment. For more updated information on the situation in Finland, please read this article.