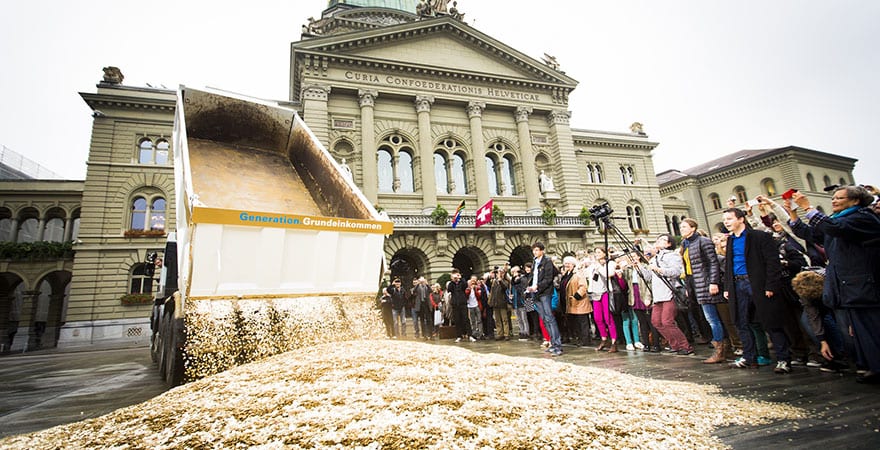 The momentum behind Basic Income has been gaining ground for some time now, with more and more media attention including articles in publications such as The Economist and the Washington Post and a community on reddit that just passed 20,000 subscribers and is still growing. That’s not to mention the huge amount of signatures collected for the European Citizen’s Initiative and the successful campaign for a Basic Income referendum in Switzerland.

But in the last few months, the momentum among political parties and leaders, which will be the focus of this article, has also picked up. The Green Party worldwide has of course had Basic Income on its policy agenda for quite some time, but in February of this year, the general conference of the Liberal Party in Canada approved two motions in favour of Basic Income, one in favour of a federal pilot programme and one in favour of implementation. Though good news, the leader of the LPC, Justin Trudeau, has yet to mention the policy and the party have not campaigned on the issue in by-elections which took place this year. They are however leading in current opinion polls, but not by enough to achieve a majority government. 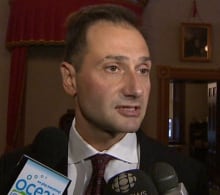 This is after the premier of Prince Edward Island province, Robert Ghiz of the Liberal party, called for a pilot programme for a Guaranteed Minimum Income, a form of Negative Income Tax and the leader of provincial opposition party, the NDP called for the similar Basic Income Guarantee. The Liberal Party and NDP came first and second respectively in a recent opinion poll in the province.

Meanwhile in Québec province, the minister for Employment and Social Solidarity in the recently elected Liberal provincial government, François Blais is a supporter of Basic Income, calling it the ‘way of the future’, though his government does not have any plans to introduce the policy.

Moving on from Canada, in Spain as a reaction to dissatisfaction with regular politics, a new party called Podemos was formed this year, considered by many to represent the ‘Indignados’ mass protest movement which sprang up in 2011. This party has called for Basic Income as one of its platforms. An opinion poll in September placed Podemos as the most popular party in Spain for the first time. With elections due in less than a year, there is a real possibility they will be elected as the largest party. Unfortunately, the party left Basic Income out of it’s first economic document published recently, though there is still the chance that they will once again pick up the Basic Income idea before the general election.

But that is not the end of political moves towards Basic Income. In the Netherlands, at their party conference, opposition party D66, approved a policy to conduct a Basic Income pilot programme if elected into office. In response to the increased discussion about Basic Income, the Prime Minister from the VVD party came out opposing the policy. D66 is currently the second or third most popular party in the Netherlands according to the most recent opinion polls, with an election due no later than 2017.

And in New Zealand, the recently elected leader of the Labour party and new leader of the opposition, Andrew Little has come out in favour of a Universal Basic Income, saying in a radio interview that he would like this to be a focus of policy for the party. Little has a difficult task ahead of him however, Labour in New Zealand have lost the previous four elections, losing vote share on each occasion.

The policies discussed by nearly all of these parties and politicians is Universal Basic Income. While a Negative Income Tax was almost passed in the USA by the Nixon administration, there has never been such a level of support for its sister policy Universal Basic Income, with parties who support either pilot programmes or implementation ahead in the polls in three different countries with the furthest election being just over 2 years away. For the first time in decades, a Basic Income which would end poverty and guarantee true freedom and dignity for all has made real progress in the political arena.