GREECE: Government to roll out a Guaranteed Minimum Income scheme 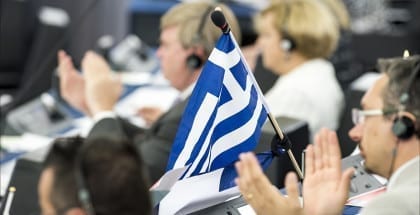 The general wording of the bailout agreement remains vague and the GMI has not yet been approved by parliament.

Economist & entrepreneur Roland Duchâtelet proposes a model for the introduction of a basic income in Greece.

SUMMARY: This article discusses a welfare policy proposed by the Greek government that would create a basic income for people between the ages of 50-65 during periods of joblessness. The proposed policy was included as an option in a letter sent by the country’s Finance Minister to the European Commission. The article then discusses the concept of basic income more

GREECE: Is Syriza about to implement a basic income? 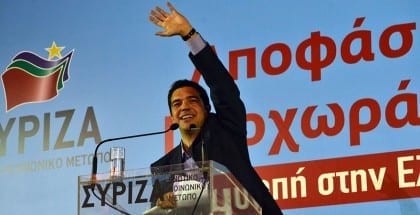 SYRIZA’s government seems to be looking forward to examining the possible implementation of a form of basic income – whose details remain to be revealed.

The Spanish newspaper El Mundo, in its online version, reports on the first summit of the Unconditional Basic Income Europe (UBIE), which took place in Athens on the past 28th of September. In this event, several top economists and activists which defend the unconditional basic income have participated, such as Stanislas Jourdan, Guy Standing and Lluís Torrens. Carlos Fresneda, “¿Una

The Initiative for Basic Income in Greece organized a presentation in Athens on April 25, 2013 to inform people about what Basic Income is and how they can participate in the European effort to accumulate 1,000,000 signatures on a petition to get the European Union to exmine BI. The event’s speakers were Stanislas Jourdan (coordinator of the French movement for

The Greek political party SYRIZA, a coalition of radical left-wing political movements, has recently attracted huge media attention accross Europe.  At the occasion of the May 2012 general elections, it became the second largest party in the Greek parliament, and its leader Alexis Tsipras was even asked to form a new government.  Like two other party leaders, he failed to

On July 8, 2010, the Greek Parliament approved a basic pension. It is fixed at €360 per month in 2010 prices, paid 12 times a year, will be available with no means test to all those who lived in the country for 35 years between the ages of 15 and 65. It will be pro-rated for those who have lived