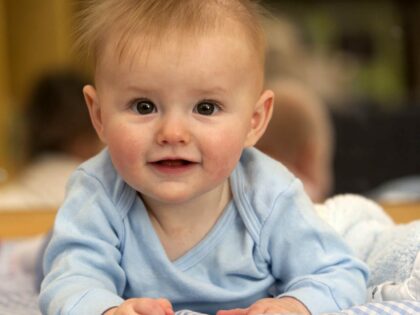 A few low-income families with children, in the United States, are about to receive 20 unconditional checks, and be subject to an overall health analysis, both mothers and their children. The program is called “Baby’s First Years” and is a research initiative from the New York University.

Starting next month, 1000 mothers will be randomly selected from poor households in New York, New Orleans, Minneapolis-St. Paul and Omaha (Nebraska). 400 of these mothers will be given 333 $/month, for 20 months, with no strings attached, while the other 600 study participants will only receive 20 $/month during the same period (this should be the control group). The study will focus on early-stage child development, hence the women in question will be mothers to new-born babies, but living below the federal poverty line, which for a parent in a family of four roughly equates to 1070 $/month (single income in the family). For comparison purposes, the living wage of an adult in a family of four, in New York, has been calculated as 4940 $/month (single income in the family). So, the experiment being rolled-out is testing the effects of a 7% (the percentage varies according to the living wage of the other cited cities) share of the living wage, even though it represents around 33% of the poverty line wage.

Researchers want to determine “whether money has a causal impact on children and families”. This relationship has already been established in other research studies, although less evidence exists on the impact on new-born babies and their mothers. According to Katherine Magnuson, one of the involved researchers and professor at University of Wisconsin, more than allowing these mothers to more easily buy essential products for their children, the point of the study is to know if the money can “help free up some of the mental bandwidth that gets gobbled up by living in poverty”. Again, the relationship between poverty and diminished brain functions has already been demonstrated through research, but not specifically involving mothers and their new-borns development.

The team theorizes that not only the money itself, but the simple regularity of the payments is in itself a stabilization factor, due to its predictability. That can lead to alleviating stress, hence more positive relationships between mothers and their children. In the words of Katherine Magnuson, “If you’re not worried about your bus pass, you’re going to be a lot more able to have a conversation with your 2-year-old”. That extra cash may prove enough to free up what researchers call “cognitive load”, and naturally allowing mothers to focus more on their children and their future, instead of worrying about bills to pay.

Several outcomes will be analysed, such as children’s overall health and brain activity (with EEG scans), as well as behaviour and language monitoring. IQ tests will also be applied, for children older than two-years old. Mothers will also be monitored, specially concerning their health, stress levels and interaction with their children.

Lisa Gennetian, one of the study’s lead researchers summarizes the intent of this work: “What is in the best interest of children is really what our study is designed to answer (…) I think the policy implications are much broader than UBI (universal basic income)”. That view may be a consequence of a too narrow interpretation of a broader UBI definition, but still the “best interest of children” should, in principle, have a positive impact on the adults they will one day become, and the society they will help to create.

Possible similarities may exist with the Magnolia Mother’s Trust, an initiative designed to help young African mothers in the United States, financed by the Economic Security Project.

Follow
Leave a comment Experiment, United States, University of New York
The views expressed in this Op-Ed piece are solely those of the author and do not necessarily represent the view of Basic Income News or BIEN. BIEN and Basic Income News do not endorse any particular policy, but Basic Income News welcomes discussion from all points of view in its Op-Ed section.