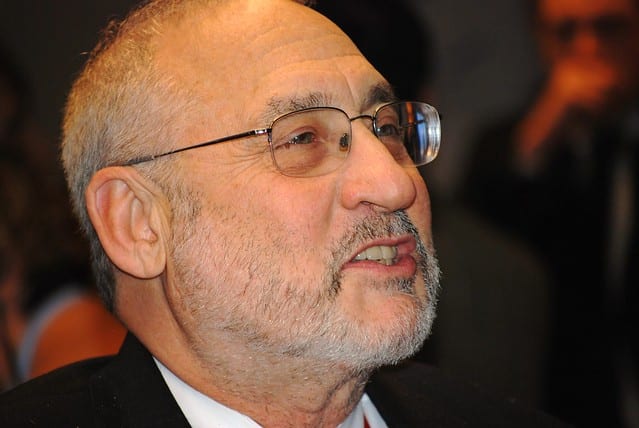 The economist says that, as many people fear, it is entirely plausible that the problem of inequality will get worse if countermeasures are not undertaken. Although he recognizes that a single program such as UBI may offer some advantages, he is not a big fan of the idea. Instead, he thinks that the main responsibility a society has is to provide everybody with a job (a Job Guarantee).

Stiglitz states that if jobs with decent salaries were available, the need for UBI wouldn’t exist, even though some social programs to protect the needy would be needed. But in his opinion many people find dignity in their job, and so the focus of the attention should be to make the labour market work properly.

A goal that could become more and more difficult to attain as technology advances, with machines threatening an ever-increasing number of professions. As automation proceeds, the risk is that inequalities will increase, as a result of growing unemployment and AI undermining the very basis of the market.

Artificial Intelligence (AI), Stiglitz states, makes it possible to alter the functioning of the market economy, making everybody pay a different price, appropriating consumer surplus and adding it to the profit of the wealthiest, thus further polarizing the distribution of wealth.

The solution should be, in the economist view, twofold: on the one hand, the economy has lost its balance because workers lost their bargaining power, and thus it should be reestablished. On the other hand, the core of innovation is government funded research and government funded education, but too little of the proceeds go to the public, and a better system of sharing the benefits need to be designed.

While Stiglitz states he is not a big supporter of UBI, what he proposes in order to reduce inequality is what UBI itself is designed to do: provide workers with bargaining power and redistribute the wealth of society in a more equal manner.

Andrew Davis, “Joseph Stiglitz weighs in on Universal Basic Income and the future of work“, CNBC, May 5th 2019