United Kingdom: The interest for a basic income trial in Sheffield is building up 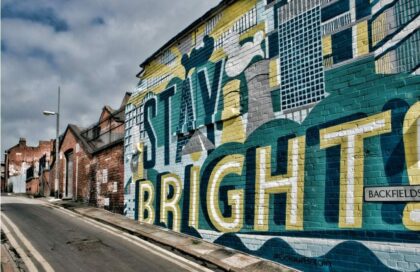 The Universal Basic Income (UBI) Lab Sheffield, a campaigning group working from the city of Sheffield, northern UK, has written to all the 84 city councilors in the region, as a move to have them support a local basic income experiment.

The main driver behind the initiative is to “ensure that nobody is economically left out, and that nobody lives in poverty”, in the words of Sam Gregory. This basic income experiment, as proposed by the UBI Lab Sheffield, would be applied in one of three ways:

This experiment is set to last for three years, according to the UBI Lab Sheffield’s design strategy. The idea is to measure several outputs, including but not limited to participation in the (paid) workforce, such as broader activity and personal care. Interviews and other qualitative studies would also be a part of all options, as described above.

Campaigners consider Sheffield a promising basic income test ground, but recognize that the city has no funding options for such an experiment. So, it would have to depend on central government financing, which can be more difficult, considering all the political agitation at the moment due to the Brexit-related issues (Sheffield was one of Britain’s cities to marginally vote pro-Brexit). However, the Labour Party is strong in Sheffield (holds 53 out of 84 seats in the city council), and its candidates for the upcoming elections in May already asked UBI Lab Sheffield for information. Sheffield Green Party is also supporting an UBI experiment in the city, as part of its campaign to the city council elections.

Note 1 – The National Living Wage in the UK is around 1300 £/month (calculated from hourly living rate for workers aged 25 and over).

Follow
5 comments Basic income experiment, Sheffield, United Kingdom
The views expressed in this Op-Ed piece are solely those of the author and do not necessarily represent the view of Basic Income News or BIEN. BIEN and Basic Income News do not endorse any particular policy, but Basic Income News welcomes discussion from all points of view in its Op-Ed section.