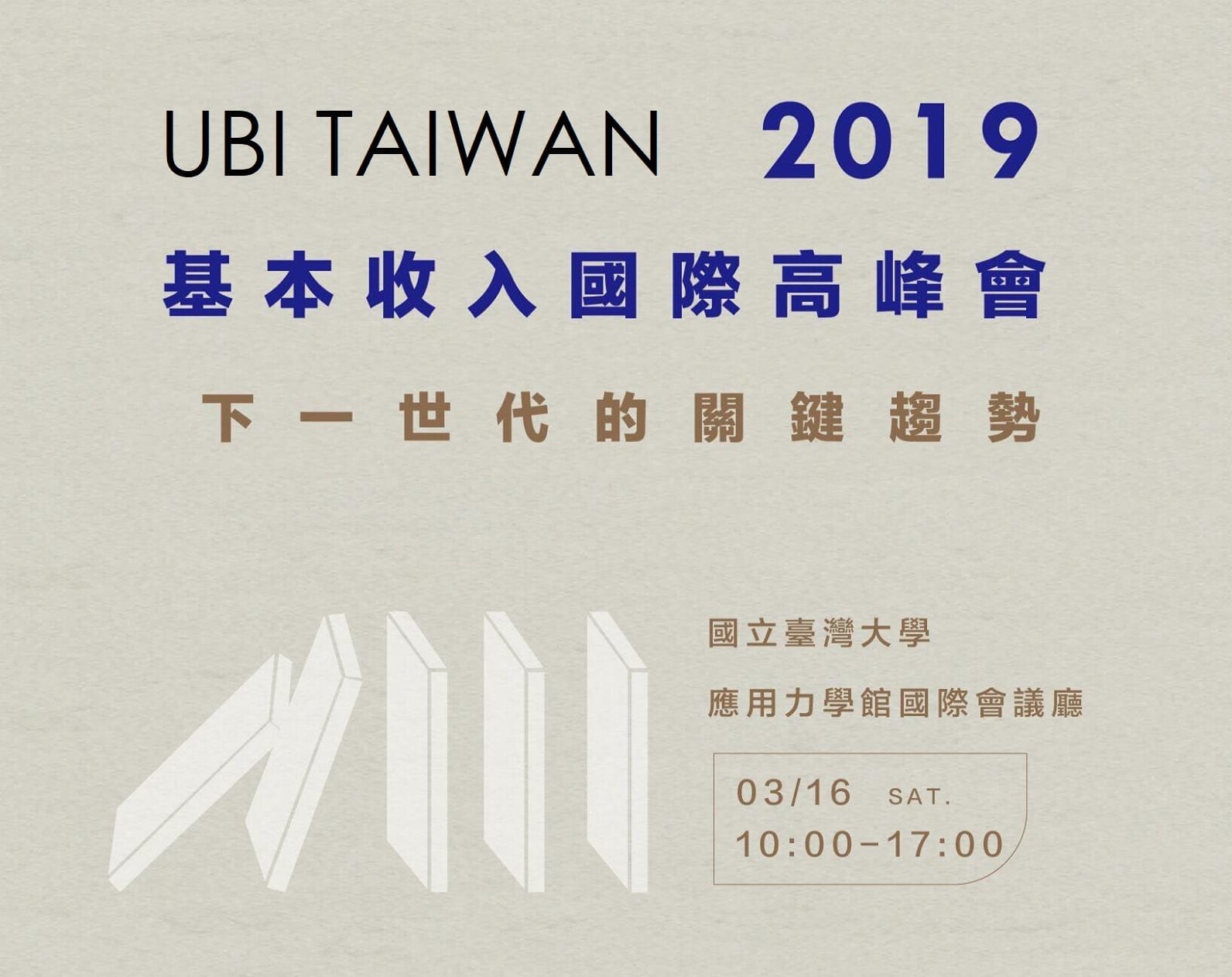 The third annual UBI Taiwan international summit will be held in Taipei on March 16, 2019. This year’s theme is “Key Trends of the Next Generation,” focusing on technological development as well as growing income inequality and how these trends intersect with basic income.

Sarath Davala, Basic Income Earth Network’s Vice Chair, will join the conference to discuss these developments and more in his keynote speech “Basic Income is the Foundation of A Caring Society.”

“This is the third consecutive year that UBI Taiwan is organizing a regional Basic Income Conference. UBI Taiwan is perhaps the only national level basic income group that organizes annual conferences. That is a demonstration of a robust movement, the strength of its leadership and their commitment to the idea of basic income,” Davala said.

This year, there will be a focus on bringing in academics and opinion makers from across Taiwan. Professors from Taiwan’s premier universities, National Taiwan University and National Chengchi University, as well as influential Taiwanese media figures, will address the conference.

The Critical Language Scholarship’s (CLS) Alumni Development Fund (ADF) provided a grant to help fund the conference and related events. CLS is a language program under the U.S. State Department.

James Davis, the former Field Research Director for UBI Taiwan and one of the project recipients for the ADF grant, said the conference demonstrates UBI Taiwan’s commitment to pushing this discussion in Asia and around the world.

“UBI Taiwan is here to change everything. We are not content with a society where wealth is concentrated in the hands of a few, as the wages of the working class fall year after year,” Davis said.

Davala has participated in every conference since it began in 2017.

“I am proud to be a regular participant of these conferences. I wish UBI Taiwan team success for this conference. With their kind of energy and dedication to basic income, I am sure one-day UBI will be a reality in Taiwan,” Davala said.

Brian Anderson, a senior at Western Kentucky University and also a recipient of the ADF grant, said this conference will help create academic connections between Taiwan and the United States.

“The push for UBI deserves international support and my project seeks to promote mutual understanding of shared interests between Taiwanese and American citizens,” Anderson said.

For Davis, society’s “inadequate” support for parents and caregivers as well as the financial difficulties faced by students illustrate the reasons why Taiwan should consider a basic income.

“UBI is the future. And UBI Taiwan is here to deliver,” Davis said.

The full conference information can be found on the UBI Taiwan website and on the Facebook event (Chinese).