United States: Alexandria Ocasio-Cortez gets to the point of what it means to be “unwilling to work” 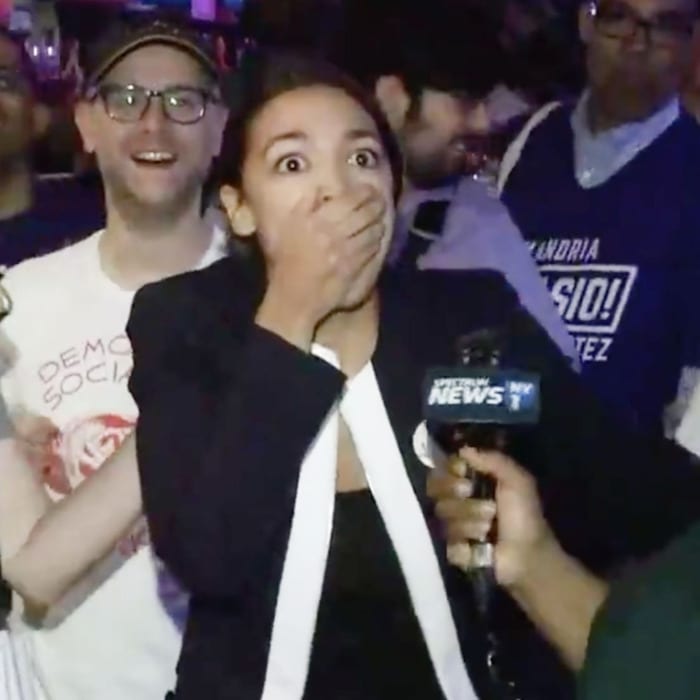 Alexandria Ocasio-Cortez (AOC) tabled a Resolution on the United States House of Representatives (H.RES.109) which hinted, in a first version, that “the Green New Deal would take care of people who are “unwilling to work””. That last bit of the sentence started a political hurricane in the United States. In that country, work is seen as tightly linked to jobs, and jobs are conceived as essential to value, and so “unwilling to work” is simply understood as “lazy”. Period. So, taking care of the lazy just sounds nonsensical to most Americans.

Because most people and politicians in the United States equate “unwilling” with “lazy”, it’s very difficult to pass on the message that “unwilling” might actually mean unwilling to perform a certain job/task that can be revolting, disgusting, unfair, tedious, repetitive and/or badly paid. Rigid work ethics and years of living in an economic crisis has also helped to lower people’s expectations, and be more open to exploitation. What is at dispute, at bottom, is the nature of work.

On the aftermath of those three words having been read on an official document, AOC was showered by a rain of criticism, particularly from Republicans, while being left isolated by colleague Democrats. Everybody fled, including AOC and her assessors. In an attempt to clear the record, AOC team tried to link it to the GOP, then alleged the release was a draft version. On the “final” version of the 109’th Resolution, cited above, indeed no reference is made to “unwilling to work”, or “unwilling” anywhere. Also, the reference to “basic income programs”, which was a part of a draft text for the Green New Deal that had already hit the news (for more positive reasons) was eliminated. So now, the creation of a Green New Deal, as proposed by AOC and some of her team and fellow Democrats, is completely devoid of references to basic income and unconditionality, while referring only to “universal access to clean water” and “universal access to healthy food”. And, on the H) paragraph of the 4th chapter, one can read the more fundamental and still core Democrats value as far as work is concerned: “guaranteeing a job with a family-sustaining wage, adequate family and medical leave, paid vacations, and retirement security to all people of the United States”. What remains to be seen is how AOC and other supportive Democrats envision achieving these universal rights – e.g.: access to clean water, healthy food and a decent income – without actually implementing a basic income in the country.

Basic income supporters / activists say, however, that the unwillingness to work is one of the reasons basic income should exist. American philosophy professor and author Karl Widerquist says it eloquently: “This idea that somehow people who are unwilling to work are bad or lazy is a horrible idea. Because whenever there’s a job offer and somebody doesn’t want it, what you have is a dispute about wages and working conditions”. Andrew Yang, the American presidential candidate who is running his campaign on the basic income concept, said that, in fact, the language (“unwilling to work”) “is unfortunate. It does make it easier to try and portrait [UBI] as extreme”. Widerquist added that “It’s really horrific to use the threat of poverty and homelessness as a work incentive”, qualifying that as “monstrous”. However, it seems, the monstrosity hasn’t been enough to break the bond most Americans hold dear, between wealth and work.

Senator Chris Murphy, on this issue, has stated that, although he thinks basic income is not sellable to the American public right now, the discussion about it should start today, because, to him, it will become a necessity in “decades” from now. In other countries, though, far away from the US geographically, economically and culturally, such as India, not only that debate has been going on for decades, but recent developments indicate that implementation of a basic income type of policy is on the verge of becoming a reality.

Paul McLeod, “Alexandria Ocasio-Cortez Got Dragged For Suggesting People Who Are “Unwilling To Work” Should Get Paid. Advocates Say That’s The Point”, BuzzFeed News, February 15th 2019