Andrew Yang is the anti-Trump candidate 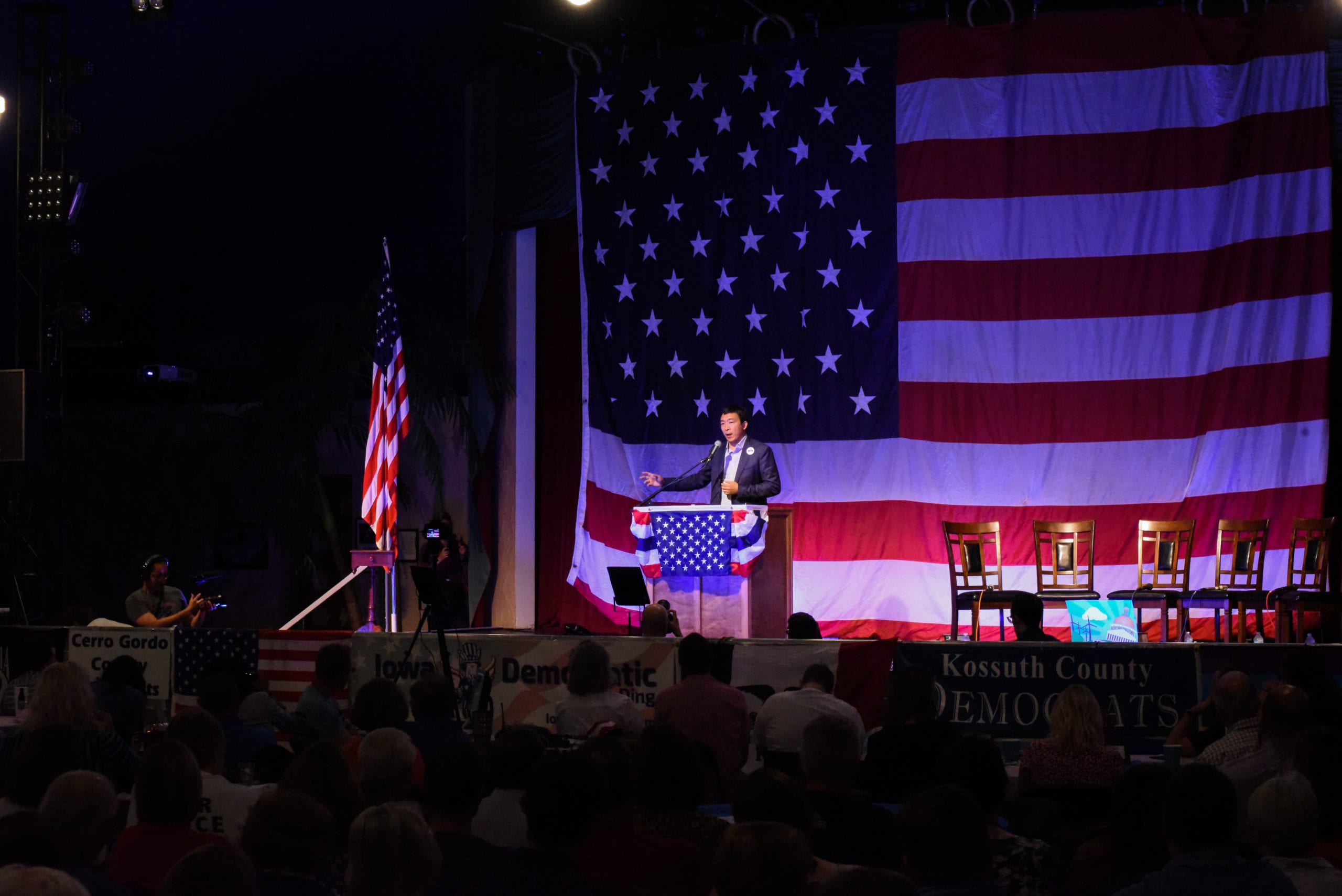 If there is one presidential candidate who is the complete opposite of Donald Trump, it is Andrew Yang.

Yang is the son of two immigrant parents from Taiwan, graduating from Columbia University with his Juris Doctorate and Brown University with a degree in economics. In 2011, Yang started the non-profit Venture for America to help college graduates connect with startups throughout the United States.

Now Yang has thrown his hat in the ring for the Democratic nomination for president. What makes Yang stand out is his candidacy largely revolves around one issue: Universal Basic Income (UBI).

In fact, Yang has the opportunity to make UBI a serious issue in a US presidential campaign for the first time since George McGovern proposed a basic income style program as the Democratic nominee against Richard Nixon in 1972.

Nixon attacked the cost of McGovern’s basic income policy. Under scrutiny, McGovern abandoned the idea and still ultimately lost to Nixon. Basic income’s latest chapter in American political history is now being written, but it is up to Yang to prove he is politically savvy enough to write a different ending.

Yang’s campaign will try to win over skeptical voters with a mini basic income trial for one resident of both Iowa and New Hampshire. Yang said they are currently choosing the recipient from New Hampshire.

“The purpose is to have a demonstration of the fact that people’s lives improve and people do positive things with a thousand dollars a month,” Yang said.

When average voters hear about UBI for the first time, they treat the idea with skepticism, Yang said.

“We are programmed for scarcity particularly where money is concerned, and so most people have trouble conceiving of the fact that we can provide a basic income to all adults in America,” Yang said.

So far, Yang said he has not seen mainstream Democrats moving toward basic income. Instead, some Democrats are embracing the idea of a jobs guarantee program. Yang said a jobs guarantee would be a “bad idea,” because past government employment programs have low success in transitioning employees to the private sector.

His opposition to the jobs guarantee does not mean Yang will refuse to compromise. He said a Negative Income Tax (NIT) would be an “outstanding step in the right direction.”

NIT would provide a minimum guaranteed income but the government would phase out the stipend based on one’s market income. UBI would achieve a phase-out indirectly, since some recipients will be net receivers, and others will pay back more in taxes than they receive from a basic income. A negative income tax “would be a massive game changer for millions of Americans here and now,” Yang said.

Those familiar with Yang probably already know his views about basic income. In my interview with him, I wanted to know more about how he would formulate policies as president.

On the other issues in his campaign, Yang said he supports gun control, renewable energy, a carbon tax, and abortion rights. Gun control especially has taken a big stand among the candidates.

Before becoming president, though, Yang will have to fight a crowded field in the Democratic primary. With big hitters such as Bernie Sanders and Elizabeth Warren, Yang may get lost in the field.

Bernie Sanders, who has flirted with basic income, holds similar views to Yang. For his part, Yang said he is “aligned” with Sanders on most policy issues, and he said some have called him the “younger Asian Bernie Sanders.”

However, Yang said how Sanders view of the modern economic system is “a little out of date.”

“(Sanders) believes that if we coerce companies into treating workers better then that will solve the problem. I believe that the relationship between corporate success and workers has fundamentally changed forever, where 94 percent of the new jobs created from 2005 to 2015 were temporary gig contract jobs which did not have healthcare benefits,” Yang said.

“The plain truth is that companies can now grow and succeed without hiring lots of people or treating them well,” he said. “So we need to build a new social contract that does not assume that work is going to look the same way it has over the last number of decades.

One of the criticisms of Sanders during the 2016 presidential campaign was his lack of clarity on foreign policy. Yang said he has a “number” of advisors who are helping to form his platform for foreign affairs.

On Yang’s diplomatic principles, he said that he would be “restrained” in his foreign policy.

“America has gotten itself into trouble by imagining it’s capable of doing things it may not be capable of and we need to be much more restrained and not succumb to grandiose visions for other societies,” Yang said.

Previously, Yang has stated he supports “status quo” policies toward China and Taiwan, which recognizes the People’s Republic of China (PRC) as the legal representative of China, and acknowledges the PRC’s position that Taiwan is part of China.

Yang points out the “extraordinary” relationships between the US and Taiwan, Japan, and South Korea. He said America should avoid the dynamic that China and America are inevitably going to be in opposition, and that our relationship with China is also critical since they are America’s largest trading partner.

On the trade war with China, Yang said the current environment with constant changes in tariffs has made it “impossible” for businesses to plan and operate. While he acknowledges trade imbalances with China, he said a trade war is not “constructive.”

And then there is the elephant in the room, how exactly does Yang plan to take on the master of media Donald Trump?