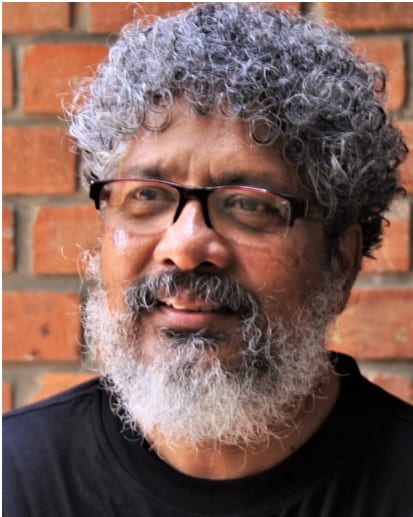 Sarath Davala is an independent sociologist who, along with Guy Standing, was the architect of a series of UNICEF-backed basic income pilots in Madhya Pradesh, central India. Inspired by the findings of that study, he became the co-founder and coordinator of the India Network for Basic Income.

The Basic Income Asia Pacific 2018 conference held in Taipei this March featured a host of speakers from around the world, including Davala. I got to sit down with Davala at National Taiwan University to talk about his research and the applicability of basic income to Asia. The following transcribed interview has been lightly edited.

Please talk about your research in India, and how it has led to your support for UBI as policy.

Between 2011 and 2013, a women’s trade union called the Self Employed Women’s Association conducted an experiment in Madhya Pradesh. I was heading that research project and Guy Standing was supporting as the main principal researcher. Now that study where we gave unconditional basic income to 6,000 people living in nine villages came out with findings which were startling and surprising. Because at the time people believed – the government said, the bureaucrats always said, and everyone in the middle-class believed – that if you give money to people without any conditions, they will not use it for good purposes but bad purposes, like drinking alcohol and other things. But we found that many positive things have happened in all these villages. Particularly, the most vulnerable in society benefited the most.

That gave us the conviction that UBI is a very good policy. It need not replace everything (to say that only UBI should be there), but when you are designing or redesigning your welfare basket for your nation, you must have this as the foundation, where everybody gets a certain basic amount of money, and on that they build a life. UBI can be a foundation on which the market or the government, can actually build your life. So that is how research comes into policy.

Could you talk about the process in which you made the Madhya Pradesh basic income pilots a reality? How did you gain the support of local government?

We didn’t ask the local government for money, that’s the important thing. We asked a variety of people, but finally UNICEF agreed to give us the money. It was not a small amount of money, almost a million US dollars. That was required because we were giving cash to people.

Everyone is in process of searching for alternatives, even the government, because the existing system is not delivering the welfare properly, effectively. So we said [to the government], “here’s an alternative, please join us, listen to us, once every three months we will come talk to you.” So that, when we finally come out with the findings, the government said “Oh yeah, we know these guys, they’ve been doing this work.”

So that was one reason, we followed up with policymakers. But at the same time, the other reason was we needed local support. Because if you go to a village and say you want to distribute cash, the local politicians and media will be a problem. So we had the friendship of the government, the trade union which was working in the area, and international experts like Guy Standing. With this kind of combination, we have been able to roll out a study.

Did you encounter any challenges in implementing the basic income experiment on the ground?

A variety of challenges. Even in 2010, when somebody told me they have a project like this, asking “would you like to head this project?” I said “What? Giving money to people? Without any conditions? I always suspected you were mad but now it’s confirmed.” I thought it was crazy.

Similarly when you go to the villages, and say “we want to give cash to everybody for one year.” They say, “what kind of crazy fellow you are!” There’s a lot of disbelief, but also lots of suspicion, that “you guys have something else in your mind and you are going to cheat us, you are taking our consent signatures, maybe you will use our signatures to grab our lands.” People were suspicious about our motives. But then it took us a long time to bring everybody inside. There were 10 percent of the people who rejected the process. But then, women from those rich households said, “no, no. We want to be part of it. You are conducting training programmes and opening bank accounts. We don’t have bank accounts.” So they were interested.

In your presentation earlier, you talked about how it’s important to consider Asia’s local context. You have also worked with Guy Standing, who coined the term, an emerging socioeconomic class, the “precariat.” Do you think the concept of “precariat” is applicable to the situation in developing countries, or is the “precariat” more particular to developed societies?

No, no no. The precariat is everywhere. The percentage will change [depending on the economy], but the percentage is increasing. In fact, earlier the precariat was at the bottom, but even if you go to the high end jobs, you realise that the contracts are very fragile. Today you are there, tomorrow you can be given a pink slip: “okay, you are no longer needed.” Of course, the precariat is there in developing countries, but also every other country.

You want to deny that there’s a precariat, it’s up to you. But if you want to see, there is precariat. Who is the precariat? Precariat is that class of people whose basis of livelihood is very precarious. Today it is there, tomorrow it is not. And they can turn anywhere. That’s why Guy Standing says it is the most dangerous class. They can turn into anything, into crime, into drugs.

Speaking of the Asian context, would you say Asia is particularly vulnerable to the coming wave of automation?

Which economies are more vulnerable to automation and which are not? Within India, automation will affect maybe small section of the industrial manufacturing sector and the software industry. But because of the surplus cheap labour available in India, most of the entrepreneurs will bank on cheap labour.

So for India, I do not see the threat of automation, but it is possible in Taiwan. You are going to have your first automated 7-11? If that is profitable, more and more Family Marts, KFCs, McDonalds may switch their outlets. At the end of the day, an entrepreneur is looking at costs. And human beings are so difficult to manage, every entrepreneur will say. I taught human resources courses in a business management school for seven years. Every businessman is trying to get rid of them.

Absolutely. Every government in the world is under pressure now. They are under pressure in order to pursue economic growth. They think if economic growth is there, everything will be alright. Under those pressures, they want foreign investment to come in, they want multinationals to establish units in their countries. So they want economic activity in their country, so they’re doing a variety of things with other nations, particularly the richer ones. They’re under tremendous pressure.

When those pressures are there, governments are trying to reduce their responsibility to the people. It’s our job as civil society that we have to keep reminding government that “this is your minimum responsibility. If not in that way, then you should do it this way.” We are saying that, in the welfare basket, UBI is a foundation, the primary thing. On top of it, we can put additional various other things. So that should be the new design. We are making a new design of the welfare basket, trying to propose to the government “in all circumstances you must do this. Don’t throw us into the market, and don’t throw us into the family,” because everyone in the family is in a precarious position. We have to force the government to implement basic income, because that gives basic security to everyone.

I think there is great promise in the group steering the UBI Taiwan movement. I wish everyone in UBI Taiwan great success. To all the readers, please join and strengthen the movement, because we are definitely making history.